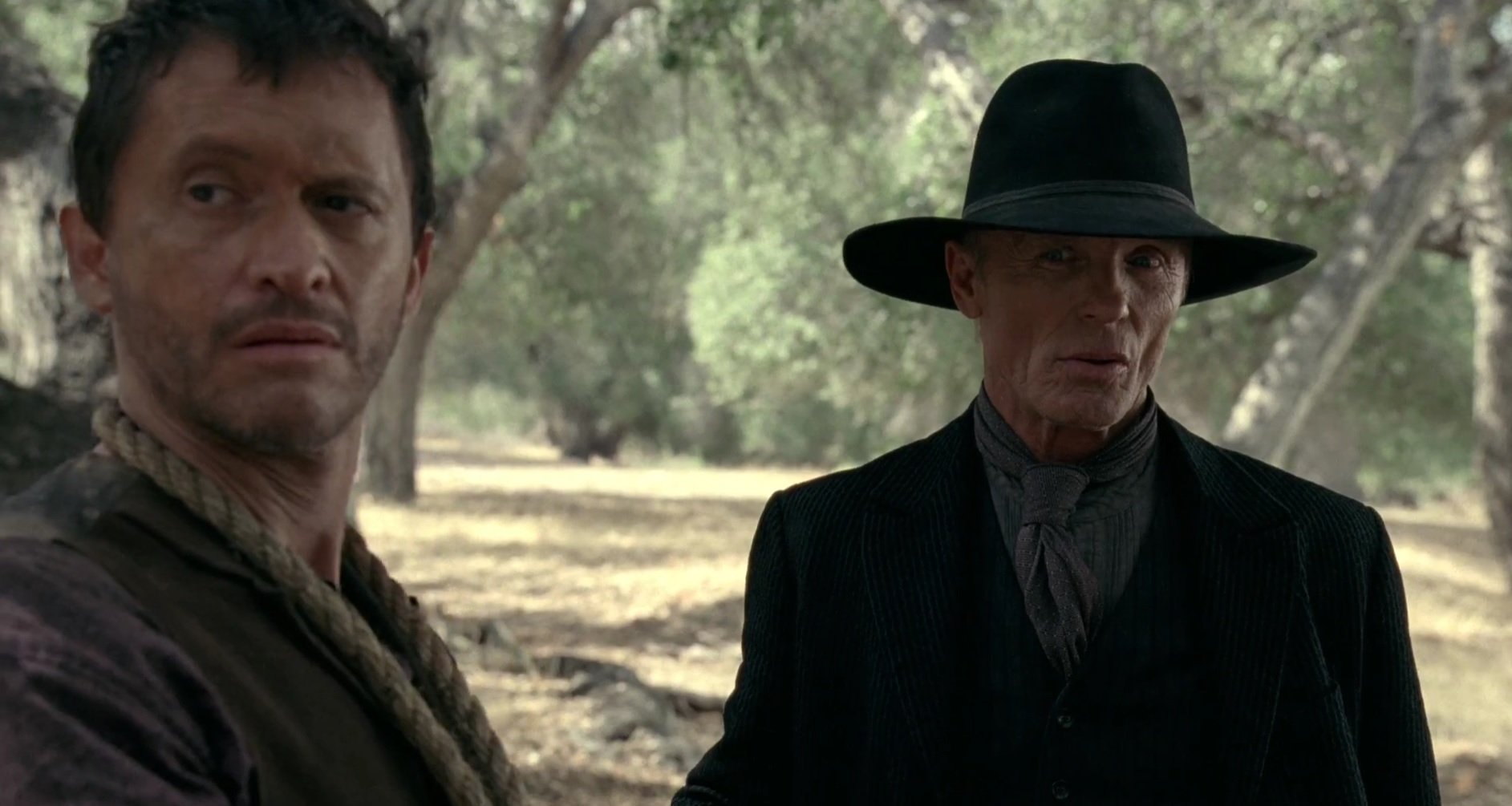 Fans have a ton of theories about HBO’s new series Westworld, which has just been renewed for a second season–but some of them can likely be ruled out now with the reveal that at least one actor will be returning in season two.

Ed Harris, who plays the sinister Man in Black with a mysterious agenda, spoke to BBC Radio 4 recently and spilled the beans about his planned return: “I was just talking to Jonah Nolan last night, who’s a creator of this thing with his wife Lisa Joy, and yeah, they’re doing another season. They’re going to do ten more episodes, and I will be involved.”

Harris’ return potentially means that everyone who put their money on the Man in Black dying at the conclusion of season one may have to rethink their theories–though not necessarily. We know the Man in Black (whose real identity has not been revealed) is a frequent park visitor with some level of notoriety in the real world, and we also know that he’s pretty fixated on finding a maze that is purported to unlock some kind of hidden level within Westworld. Whether that level actually exists remains to be seen, but the Man in Black seems to want to find the maze at all costs. He could die trying, of course–because while Harris may be returning to the show, he also could be coming in as an entirely different character.

Essentially, this could potentially explain everything or explain absolutely nothing–but either way, Harris’ performance has been one of the standouts of the season so far, so I’m looking forward to more from him. (That reminds me… I need to do some serious catching up on this show.)