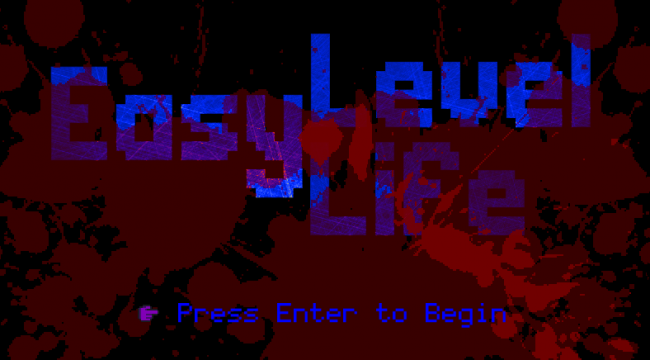 Video games have the ability to help us understand different points of view—at least, they can when they choose to do so. Easy Level Life is a game that chooses to do just that, and it does so with aplomb. A preview of the game turned up on Twitter earlier in July, and even in the preview’s short playtime (about 10 minutes, all told), it hit pretty heavily.

The game addresses police brutality and violence at a time when discussion around both of those things continues to grow and evolve. It places the player into the role of a young child of color in middle school who’s on their way to a brand new school in a brand new neighborhood. As the character’s inner dialogue goes on about things like making friends and trying to fit in, they find themselves passing by a situation that appears as if it were ripped from the very headlines themselves: a bunch of police officers savagely beating what looks to be a person of color.

It’s at this point the player is presented with a few options of how to proceed. They can try to cross the street to avoid the scene, turn around and go home, go about your day and eat breakfast, or even just stand there peacefully. Each and every one of these responses results in .

After that happens, a newspaper clipping appears on screen, justifying what just happened.

In a chat with Kill Screen, the game’s creator, Yvvy, spoke about “win conditions” and how this game is completely devoid of them. They said, “The closest thing to a win condition where police brutality is concerned, is simply not being the wrong skin color. The game is the same way.”

The game absolutely hammers that point home, illustrating how no matter what you do, often times your fate is not in your own hands. There’s certainly a helpless feeling to it, and it’s one that’s going to be sticking with me for a while.

If you’d like to follow development of the game, or perhaps even give this early preview a go yourself, you can head on over to Easy Level Life‘s itch.io page. Yvvy is also currently working on another game, reSyNCH, a game that features a cast primarily made up of people of color, including a non-binary player character.