10 Easy Herbs to Grow in Your Quarantine Garden 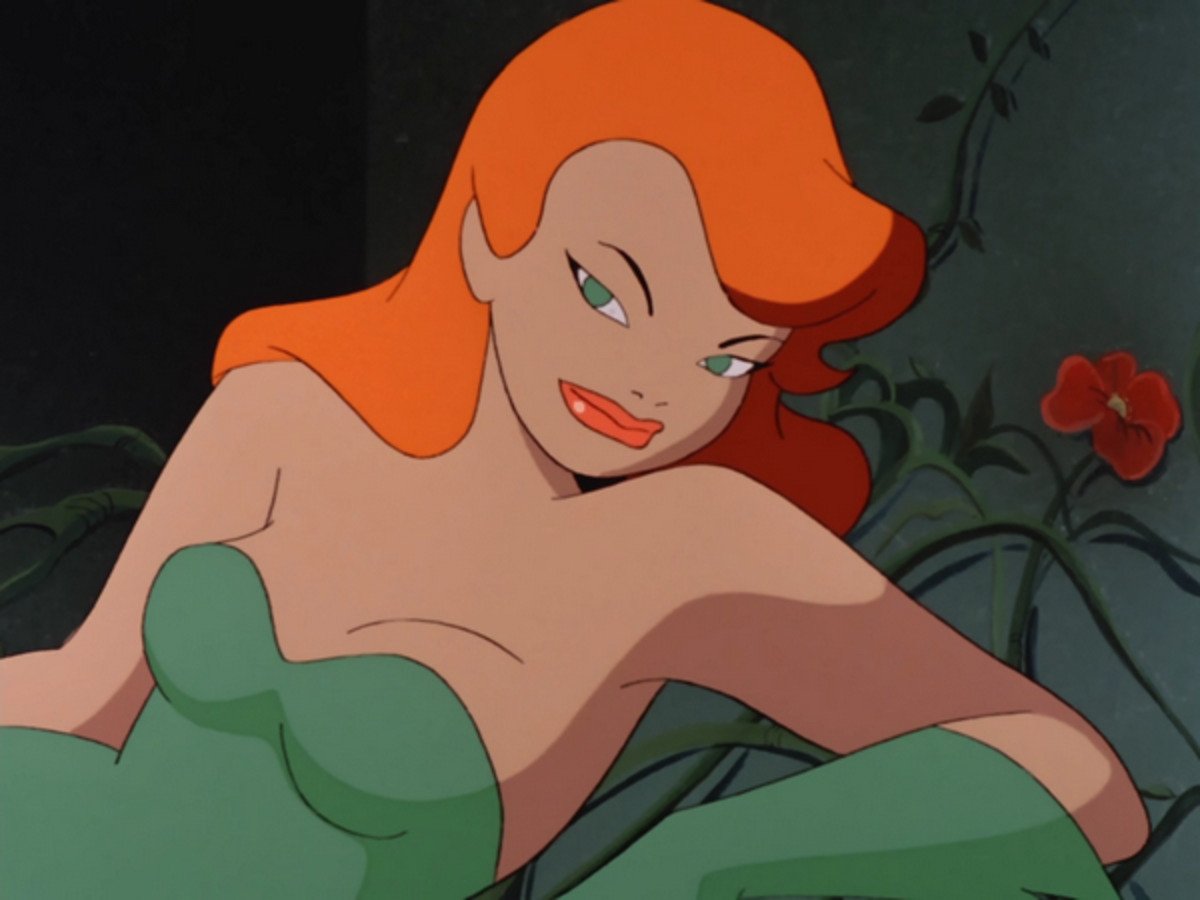 If you’re not baking bread or trying some amateur alchemy, your quarantine hobby might be gardening. Or maybe you’ve always had aspirations of trying to grow an herb garden at home and didn’t know where to start. Well, with the May sun shining (in some places) and nothing else to do, it’s the perfect time to get some herbs in the soil, so let’s do it!

Before you plant, of course, make sure you have a good home for your plant babies. Most of these are “full sun” herbs, meaning they thrive on a sunny window sill, a nice garden or balcony pot, or even in the yard. But some of them like shade, which I’ll note. If you do plant in a pot, make sure it’s well-drained and good quality soil. I’ve been growing (and accidentally killing sometimes) herbs for a while, so here are a few of my favorites, including some that aren’t as well known. Most of these can be easily purchased and re-planted from grocery stores and plant nurseries, while a few grow well from seed. 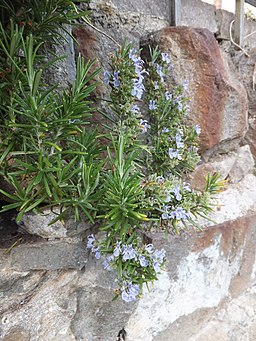 If I had to pick one herb to always have planted, it’s rosemary. The smell of rosemary is so comforting and it’s a beautiful plant. It’s hearty and hard to kill if you forget to water it. This is because it’s native to the sunny, sometimes dry areas of the Mediterranean. I have about four rosemary plants in my garden and they’re great all year round, They’re also perennials, meaning they don’t die in the winter. And there’s nothing better than roasted potatoes or chicken with fresh rosemary from the garden. Also, in herb lore, Rosemary has protective properties, which can never hurt.

Thyme is the perfect companion to Rosemary, and it too is hardy enough to make it through winter and be useable all year. Thyme can thrive in sun or shade, and even will tolerate bad soil, so give it a try. There are many varieties of thyme, so feel free to experiment, but common thyme is just fine as well.

I love sage, but it’s more delicate than the woody rosemary and thyme, but it can also take up less space. Sage can return as a perennial in some areas, but in others (check your hardiness zone) it won’t make it through the winter outside. It’s also really attractive to slugs and snails which means if you want sage all the time, it’s a great choice of a windowsill herb pot or balcony garden. There are many types of sage, including “pineapple sage” which, yes, smells like pineapple is pretty fun. 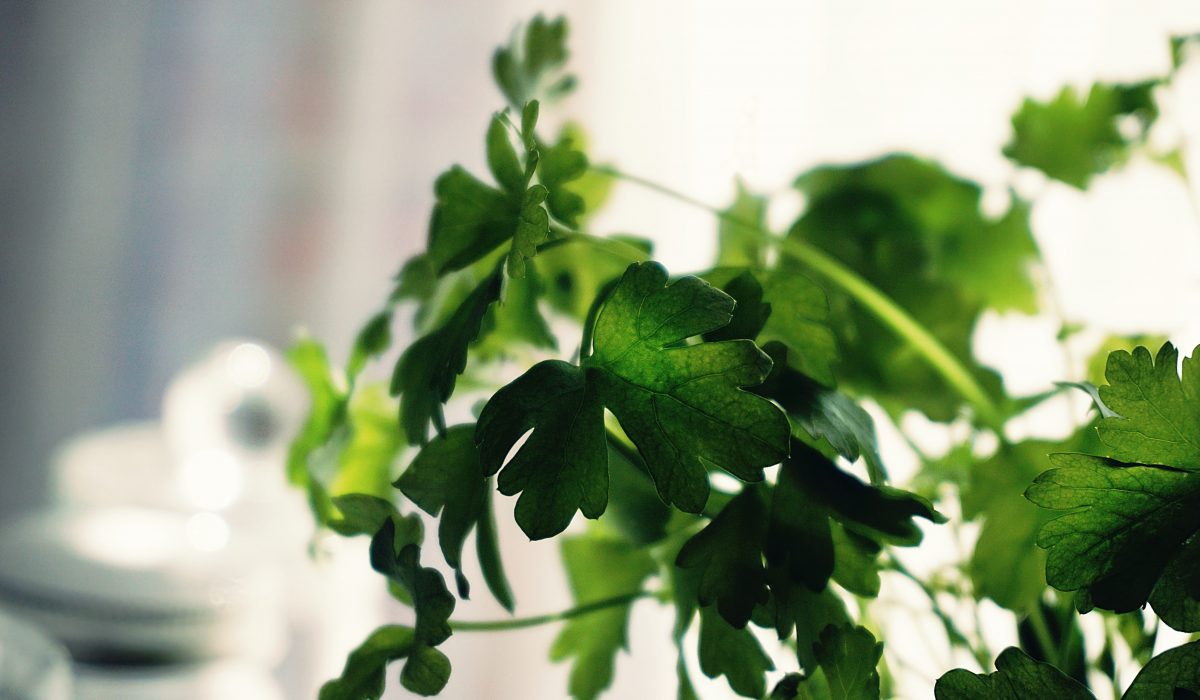 I bet you thought I was going to go full Scarborough Faire and say parsley to go with the sage, rosemary, and thyme, but no. Screw parsley. It’s useless and no one actually eats it. If you want something related, grow cilantro, which is a great fresh herb to have on hand as long as you don’t have the cilantro gene.

Another, less widely known herb in the same family is lovage, which looks a lot like flat parsley but it different because it actually tastes good. Its taste is kind of like celery and it’s easy to grow in full sun. And bonus, lovage is a perennial that you won’t need to replant. Cilantro, on the other hand, is an annual, and be sure to harvest it before it develops flowers and goes to seed. And both plants do fine in sun or shade.

Another annual that’s a true must for any herb garden is basil. Is there anything better in the summer than fresh basil in the summer in a Caprese or pesto? Nope. One thing with basil is that you might want to plant a lot of it (I have six plants right now) because you’ll use a ton and something like pesto requires a huge amount of leaves.

As with most herbs, there are many different varieties, but the two to be aware of are sweet basil, which is the flavor we’re accustomed to in Italian food, and Thai basil, which is also called Holy Basil or Tulsi and has a slightly spicier flavor. Basil loves the sun too and inside they might survive the winter. 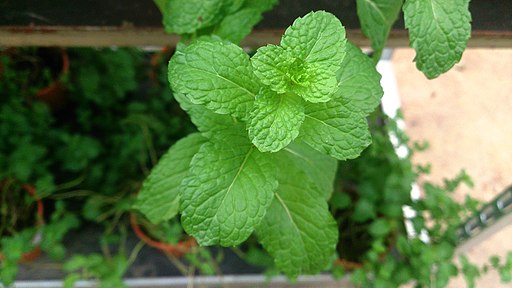 Mint, on the other hand, actually prefers shade. I have mint tucked towards the back of my garden, where it won’t get over-exposed to the sun. Mint is great for containers, but in the ground, it does have a tendency to spread pretty aggressively (which is fine for those of us that love it). It will often grow back in the spring, and there are so many varieties to play with: peppermint, spearmint, pineapple mint etc. I have a chocolate mint plant that’s delightful in deserts and also very pretty. 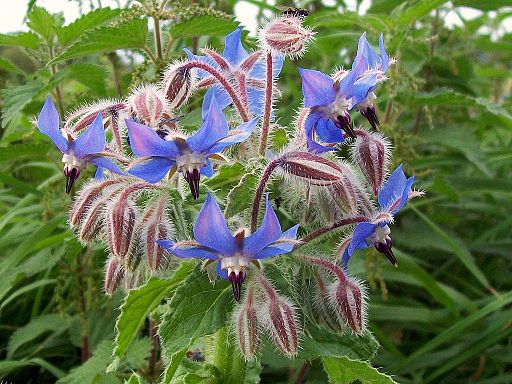 This is another herb you might not have heard of, but one I really love. The blue, star-shaped flowers are attractive to pollinators and the leaves taste like cucumber – so they’re a great addition or a cocktail or refreshing summer drink! Borage is easy to grow from seed if you keep it protected from pests. Thus, great for a small pot. It’s also said to be great to plant it with or near strawberries. Borage also does fine with shade.

Oregano is another classic that’s easy to grow pretty much anywhere and can regrow after a touch winter if you’re lucky. Oregano is great for pasta sauce, or even to liven up an omelet or a roast. If you have fun with it, you can also try its cousin, marjoram. Like its Mediterranean cousins, Oregano loves sun, and can often survive through winter if conditions are okay. It’s a great indoor herb as well, since it’s lovely to grab a few leaves for a pasta sauce.

I love chives because more than anything else, you can grab one and eat it straight out of the pot or garden. They easy to grow and pretty productive. Chives also will tolerate a lot of shade, so they’re a good bet if you have a shaded balcony or indoor herb area. This is especially true in very hot areas. Chives will also eventually produce pretty purple flowers which are quite lovely.

Finally, Lavender. This is one of my favorite plants. For one, lavender is a great herb to have around, you can use it for its smell in sachets or decoration, or you can cook with it. Lavender isn’t often considered as a culinary herb but when dried, it’s actually great in sweet and savory dishes. Lavender lemonade is a perfect summer treat too.

Lavender is also great because it doesn’t really care about the kind of soil it gets and will do okay if you forget to water it. It loves the sun and will survive through the winter (make sure to prune off old, dead leaves though). There are also many different varieties. For big purple flowers that bees and butterflies love, Spanish Lavender is the choice. For the easier to harvest, smaller flowers, try French Lavender.

Growing an herb garden is a fun and easy way to get into gardening and to add color, life, and flavor to your space and food. And anyone can do it with a little patch of sun, some soil, and a bit of patience.