Watching Earth From Space Is the Perfect Way to Fall Asleep

Every time I try to learn how to meditate, I fail miserably, but this stream from space is the closest I’ve felt to relaxed in a long while. Tune into a far-away view of our big blue planet while calming music plays to soothe our ragged nocturnal souls. Was the secret to falling asleep in outer space all along?

Oh my god, I just saw an astronaut out in space by the ISS looking into the camera, and I smiled for possibly the first time since Election Day. There’s something infinitely calming about staring at distant Earth while lovely, soft, and vaguely trippy music—the kind they play during the fun lying down parts of yoga—frames our blue, blue oceans and the vast black skies surrounding.

The YouTube channel, Space Videos, which says it’s showing video from “NASA Earth from Space Camera Stream 2″—but notes that it is a compilation of live as well as pre-recorded footage—might now officially be my go-to when I’m trying to figure out how to wind down at night. Audio books keep me up to hear what’s happening next; Netflix leads inevitably to sleep-prohibiting binge-watching. I haven’t been able to rest while in the middle of a good book since grammar school. But I’ve been watching “Earth From Space” for the last 30 minutes, and every image from the ISS and the accompanying soundtrack is so blissful I had to share it with everyone else who is also still awake.

Of course, the channel isn’t limited to us night owls. I love that there’s currently about 80 others watching along with me, and the live chat feature on the side shows a universal appreciation for space that brings us together, no matter the timezone: 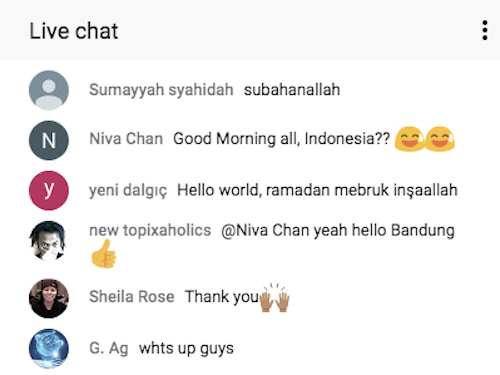 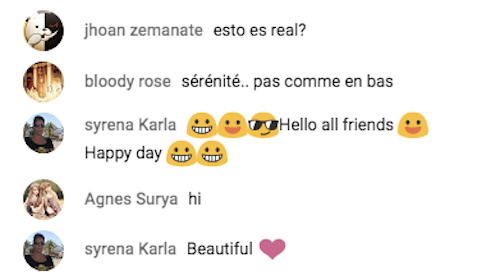 Hello all friends. Happy day. People are checking in from all over the world and typing in many languages to express their delight, all while we watch the Earth wheel by, and dammit if that isn’t as beautiful of a sight as anything. Sérénité … pas comme en bas. (“Serenity … not as below.”)

The current viewpoint hasn’t shifted some minutes, so we might be live again. Space Videos points out, “As the Space Station passes into a period of night every 45 mins video is unavailable—during this time, and other breaks in transmission, recorded footage is shown.”

I’m not seeing the mix of what was likely pre-recorded images I saw when I first loaded this up. But simply watching the Earth turn on its fixed track is more than enough for now. We just passed over a darkened patch of land into darkness outside the space station—maybe that’s a sign for me to close my eyes and take my own advice.