Early Reviews of Men in Black: International Say the Reboot Fails to Capture the Magic of the Original

Not even the chemistry between Chris Hemsworth and Tessa Thompson can save the flailing franchise. 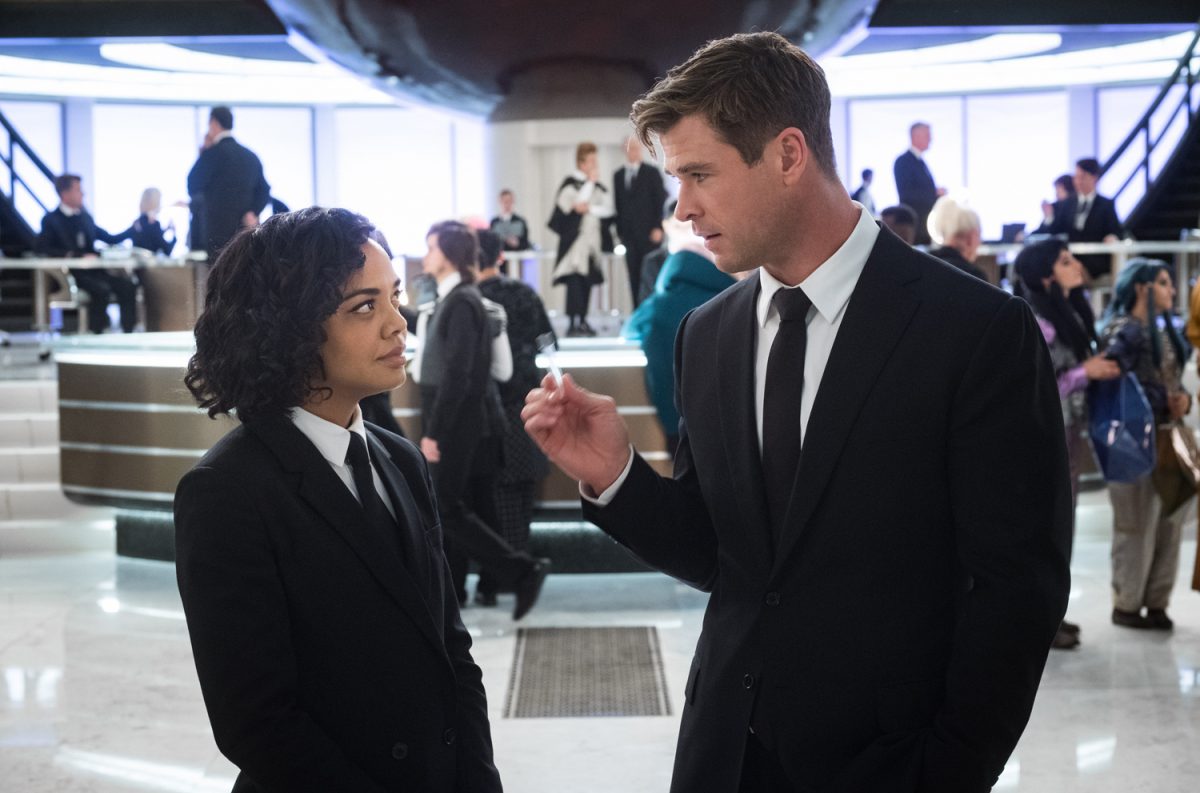 Men in Black: International hits theaters this Friday, reuniting Thor: Ragnarok co-stars Chris Hemsworth and Tessa Thompson for a reboot of the beloved 90s action comedy. And while the 1997 original remains a goofily entertaining good time, subsequent sequels have failed to capitalize on the first film’s madcap energy.

And there’s no reason for that: MIB is a rich and entertaining world with plenty of potential, which makes the mediocrity of its sequels so frustrating. And it seems like the latest reboot also fails to capture the imagination of the first film. Which is so disappointing, because I had high hopes for this movie.

After all, what’s not to like? Hemsworth and Thompson have more than enough chemistry and charisma between them, and director F. Gary Gray (The Fate of the Furious, Friday) has the action and comedy chops to make the movie work. All the pieces are there, but according to Rotten Tomatoes, they never quite come together. The film is currently ranked at 31 percent fresh, with several reviewers weighing in on the lackluster film. Here’s what some of the top critics have been saying about Men in Black: International:

“International is better than Men in Black II and worse than Men in Black III, and they’re all bad, so erase this sentence from your memory. This fourquel’s a special bummer, because Thompson and Hemsworth shined together in 2017’s Thor: Ragnarok … Now, it seems a profound waste of Tessa Thompson to cast her as the square. And she doesn’t even get to play nerdly diligence for very long. This is a generic extravaganza, conforming every character to the identity required by bland blockbuster effects.”

“Nearly every scene features aliens or spaceships or top-secret technologies from beyond the Milky Way, but none of them evoke amazement, wonder, delight, or any of the other emotions one would hope to experience while encountering beings from another galaxy. And sure, this is part four in the series, so expecting a full tank of astonishment might be unrealistic. But is a little awe too much to ask for a film that lists Steven Spielberg among its executive producers?”

“The basic ingredients are there—odd-couple stars, big special effects, and a decent blend of comedy and action. But this sequel-slash-spinoff comes across as a lifeless piece of content, bearing a brand name and a glossy look but little else to remember it by … Where prior Men in Black entries relied entirely on their leading actors, and not on the narrative surrounding them, Men in Black: International throws as much unnecessary story detail and clanging combat as it can at the audience to distract from how fundamentally boring the whole ordeal is. If only the movie had succeeded.”

“In terms of basic execution, Men in Black: International is a mess, and if the film were being graded purely in terms of technique, it barely passes muster (inserts, flashbacks and loose ends belie last-minute accommodations to baffled test-screening audiences) … The duo share a special kind of chemistry, like a cross between screwball comedy repartee and sibling rivalry, where Thompson (who’s roughly the same age as Hemsworth) assumes the role of trying to impress — and potential surpass — her more experienced co-star.”

“Though Gray brings a new and exciting perspective to the sci-fi franchise and Hemsworth and Thompson have an established comedic compatibility, Men in Black: International never lives up to its potential. Much of the plot is a basic retread of past movies, with an easily guessable twist that puts a new spin on the formula.”

“The best thing about the revamped Men in Black series is actually a woman. Stepping in after three very successful entries starring Will Smith and Tommy Lee Jones for this reboot, Tessa Thompson shines brightly alongside her Thor: Ragnorak co-star Chris Hemsworth as Agents M and H, who set off to surreptitiously thwart yet another alien assault on world order, such as it is.”

“In director F. Gary Gray’s hands, MIB: International takes the easy road, choosing bombastic moments to declare its feminism instead of showing it throughout, a trap too many blockbusters have fallen into in the last year or so. One scene, shown in the trailer, has H purposefully referring to ‘the men and women in Black,’ a moment almost, but not quite as cringe-worthy as this one from Dark Phoenix.”

“Men in Black: International, which launches Tessa Thompson and Chris Hemsworth into a bland variation on the same MiB routine, lacks the energy or ambition to make its intergalactic stakes into anything more than baffling cash grab. This misconceived attempt to inject a tired franchise with new life ends up as little more than an empty vessel … Men in Black: International aims to erase any memory that you’ve seen all this before, but only leaves you with the hazy sense of deja vu, and the lingering conviction that the last time was a whole lot better.”

Men in Black: International opens in theaters everywhere on Friday. Our review of the film will be coming later this week.

Men in BlackMen In Black Internationalreviews