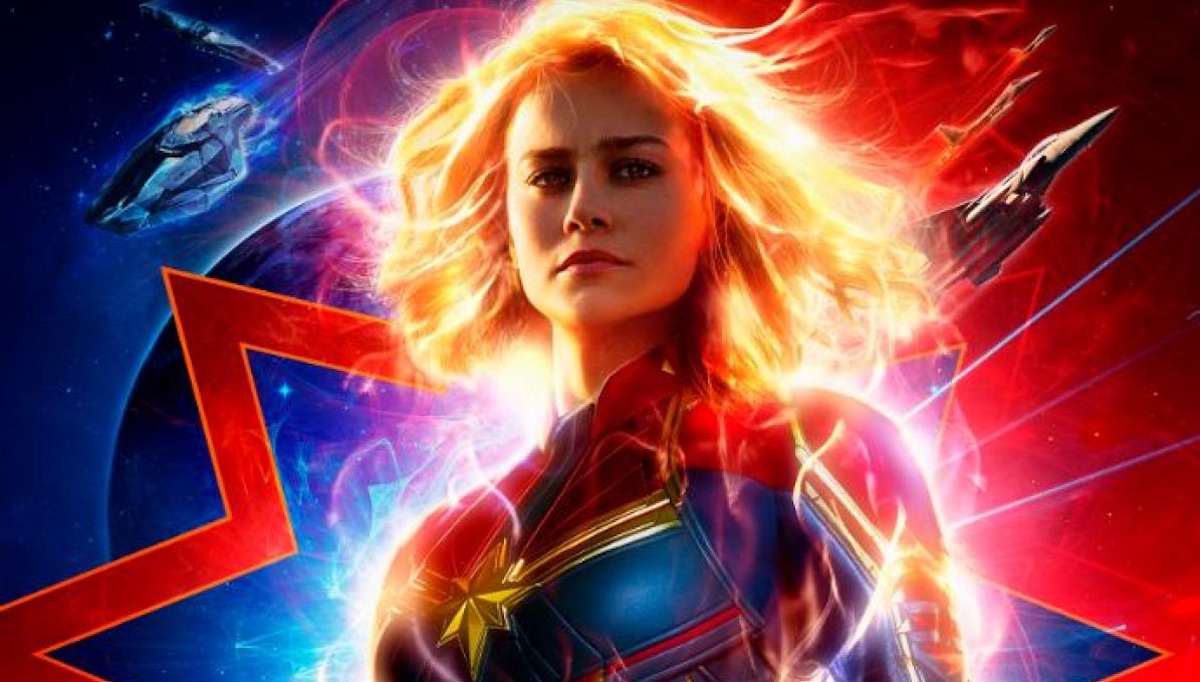 Men on the internet sure do have problems with Captain Marvel. If it isn’t them flooding Rotten Tomatoes with negative reviews before they’ve even seen the movie, it is their constant complains on Twitter that the movie is going to bad (again, having never seen it). So now that there are actual reviews for the movie coming out, one thing is very clear: Captain Marvel is just the movie everyone else has been waiting for.

So, it’s a nice breath of fresh air to be able to finally focus on the amazing reviews that Captain Marvel has been getting! People seem to love the ’90s feel to it, Brie Larson’s performance, and, of course, Goose the cat.

1. Cat people will love this movie.
2. Several truly magnificent music moments for this 90s kid.
3. Carol’s hero moment was very cathartic/true to the female experience, imho.
4. The MCU feels more complete now that Carol is in it. ♥️

Its very different than most of the MCU films and so very 90s. It’s funny and fun and super empowering. It made me feel proud to be a woman.

What’s important to note is that this is a milestone for Marvel. While we’ve seen the growth of the franchise throughout the last ten years, seeing a woman take on the mantle has always been something on the horizon, never seeming to actually arrive.

Now though, with Carol Danvers, we’re seeing a shift in the winds with the MCU.

The film is an important milestone for Marvel. #CaptainMarvel represents all that is possible when thought meets with desire, passion, and creativity to create a world in which women are encouraged to succeed and thrive.

Facts: @brielarson is an unstoppable force as #CaptainMarvel. A supreme embodiment of the late 80’s to 90’s heroines that we looked up to, fully formed with agency and whose main relationship is with her best friend. So many girls are gonna see themselves, their struggle & fight!

#CaptainMarvel was my ultimate 90s nerd girl fever dream + a cat. 💕🐈 💫 ✈️ Ben Mendelssohn gives Samuel L Jackson a run for his scene-stealer $$$. But it’s ultimately cool AF to see @brielarson harness the power of being “just a girl” 👸 pic.twitter.com/bFHUwa3Gb8

Realized something half way through #CaptainMarvel…the de-aging technology being used has become so seamless that I forgot it was being used. We are on the precipice of something both exciting and scary. Can only imagine what Scorsese will do with it in ‘The Irishman’. pic.twitter.com/JvYbobhoXp

There’s an earnestness to #CaptainMarvel that feels different than other MCU films. I got chills watching Carol Danvers get back up over & over & over again.

And, of course, there is the cat.

And in news that is very true to my brand, I would die for Goose the cat. #CaptainMarvel

#CaptainMarvel was a lot of fun! Just enough ‘90s nostalgia without overdoing it. Brie Larson is great. Ditto Sam Jackson & Ben Mendelsohn. Goose the cat is purr-fect. Some nice surprises and clever decisions throughout. Cool sci-fi elements. And funny! Thumbs up! pic.twitter.com/PzzxXir8pZ

I’m glad to see people who’ve actually seen #captainmarvel are now giving real reactions. Now we can all stop giving the time of day to those other “reviews.” pic.twitter.com/QLYEQmLli4

Captain Marvel hits theaters this March 8th, and we can’t wait to see what’s happening with Carol Danvers. From the look of it, Thanos is going to be quivering in his boots when she shows up in Avengers: Endgame. and we’re HERE FOR IT.