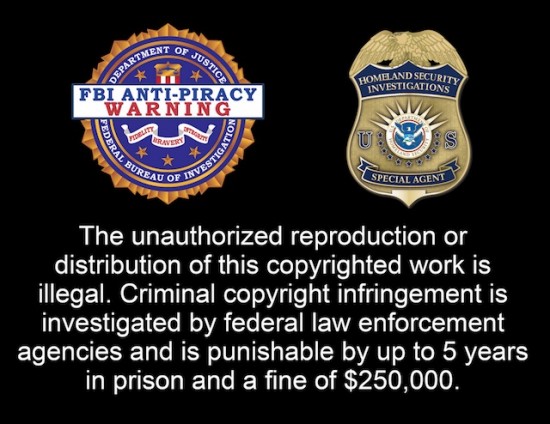 Remember that old FBI warning before movies that you probably don’t notice anymore because there’s a decent chance you exclusively use streaming services to watch your movies and television shows now? Remember how it was always annoying that, whenever you popped in a DVD, you couldn’t skip that warning, as your DVD player would inform you that the operation could not be completed? Well, it’s about to get even more annoying for DVD and Blu-ray owners. That single, unskippable FBI warning is multiplying, and now DVDs and Blu-rays from six major studios will carry two unskippable, ten second warnings.

The first warning will now contain the logo for the Immigration & Customs Enforcement’s Homeland Security Investigations unit, as seen above. The new notice, seen below, displays the logo for the National Intellectual Property Rights Coordination Center — somewhat of a mouthful. 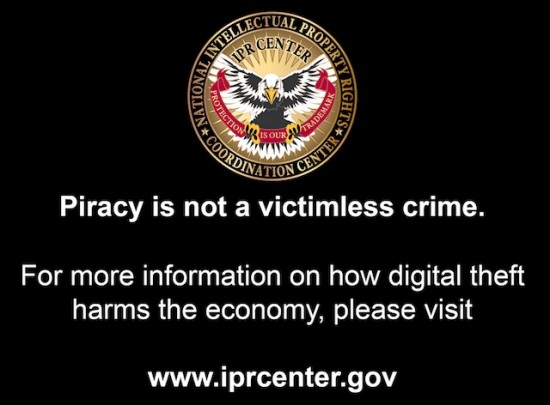 If those old FBI warnings weren’t annoying enough, these two new warnings will be shown back-to-back, will last for ten seconds each, and be unskippable. Sure, when you think about it, that’s only twenty seconds of your life. Pop in the DVD and just go pee or grab a drink or something, but in a world where we actively decide not to watch YouTube videos because there’s a 5 second ad that plays before them, twenty seconds of unskippable deterrent is probably too much. According to the ICE, the warnings will come up after you hit play for the main movie, before the main movie starts rolling, with the IPR warning first, followed by the FBI warning.

As you might’ve guessed, as with most things, if you find these piracy warnings obnoxious, the best way to avoid said warnings is to watch a pirated copy of the film. Oh, irony.