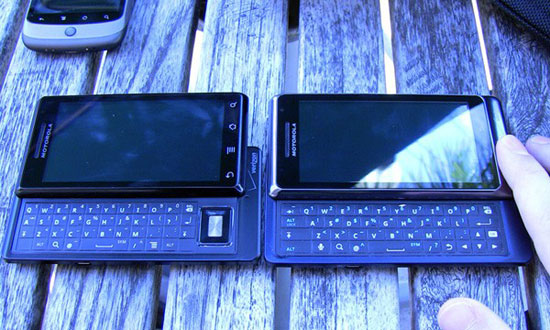 Android blog Android and Me managed to get ahold of a Droid 2 before its likely unveiling later this week, and they’ve shot the following video benchmarking the performance of a Droid 2 to an Droid 1 in the video below. While you’ll be forgiven for not seeing much of a difference between the two — Android and Me’s Taylor Wimberly writes that “Both phones are the same physical size, shape, and weight. They even use the same exact battery” — performance is another matter.

Whereas the Droid had a 550 MHz processor, the Droid 2 nearly doubles that with a 1 GHz TI OMAP3630 processor. Moreover, at 512MB of RAM, it has twice as much memory as the Droid 1. As DVICE points out, these are iPhone 4-like specs, although iPhone 4-like commercial success is, of course, far from assured.

(Android and Me via Engadget via DVICE)