Why Has DreamWorks’ Dragons Franchise Been So Quiet About the T.J. Miller Allegations? 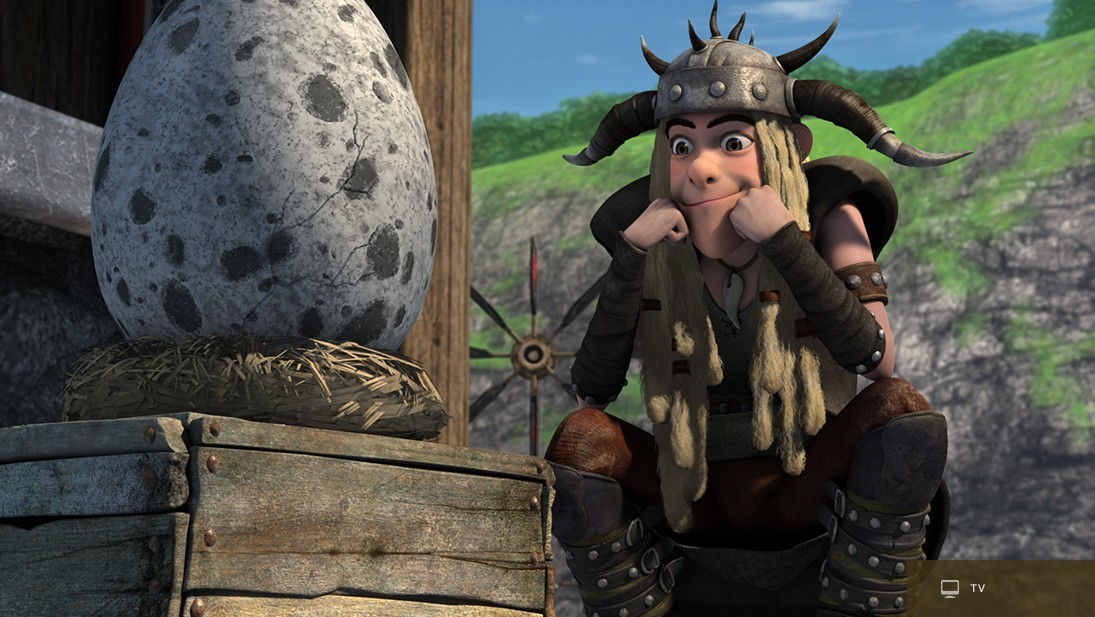 While some major players in the entertainment industry have been swift to react in response to accusations of sexual violence—with Netflix’s speedy divorce from House of Cards star Kevin Spacey, and a string of freshly-canceled Louis C.K. projects as notable examples—the industry blackballing of accused men has been uneven, to say the least.

As the TIME’S UP movement gains steam and media attention, what happens when a production features one of the movement’s biggest supporters starring alongside someone accused of sexual assault?

T.J. Miller has provided the voice of Tuffnut Thorston in the How to Train Your Dragon franchise since 2010, through two movies, one holiday special and seven seasons of television, as well as the upcoming final film of the theatrical trilogy. In December, the Daily Beast published a story detailing sexual assault allegations from Miller’s former girlfriend, dating back to 2001, along with corroborating accounts.

Miller and his wife Kate released a statement denying the accusations. Meanwhile, Miller is set to appear in Deadpool 2 and Ready Player One later this year. FOX has said they don’t plan to recast Miller’s role in Deadpool 2, as the film is already in final edits, but some fans are calling for his removal because of the allegations against him.

Nothing has been heard so far, however, from Dreamworks Animation, nor from Dragons leading lady America Ferrera, who has voiced Viking warrior Astrid Hofferson since the original film. Ferrera has been prominently featured as one of the faces of the officially-leaderless TIME’S UP movement, and has made many public appearances speaking out against harassment and assault. With a long track record of activism—notably her involvement in the 2017 Women’s March on Washington and vocal support of protecting undocumented immigrants—she seems ideally situated to speak out against working with Miller.

Ferrera isn’t the only powerful voice in this situation, though—and it shouldn’t fall solely to female actors to carve out safe places to work. This would be a great place for any of the upcoming film’s other well-established cast members to speak up, from Jay Baruchel (who stars as Hiccup) to Gerard Butler (reprising his role as Stoick the Vast), not to mention Dreamworks studio executives or Director Dean DeBlois.

There has been total radio silence on the allegations, at least publicly, from anyone else involved in the franchise. The sixth and final season of the Netflix original series Race to the Edge, set between the first and second movies, is due to drop on February 16. While Netflix was willing to make major casting changes after the allegations against Kevin Spacey on House of Cards, there doesn’t seem to be any such change in motion for Race to the Edge.

What, then, is so different about T.J. Miller’s case? Is the Netflix original—largely aimed at children—too small a property to warrant making waves over? Has everyone involved decided they would rather see the franchise succeed than take a hard stance against one of their own? Or does everyone believe T.J. and Kate Miller’s version of events—that the woman, identified only as “Sarah,” is lying deliberately to harm their relationship and their careers?

In the wake of the allegations, fans of the franchise have been left holding their breath. The character Tuffnut, while minor in the films, has an expanded role in Race to the Edge, and executive producers Art Brown and Doug Sloan have previously praised Miller for working directly with the writers and often improvising his lines.

That said, if there’s anything we should be able to take away from the Me Too movement so far, it’s that perceived likability and creative success have been shields for predators for generations, and we can’t allow that to continue. Knowing this, and knowing that only an estimated two percent of sexual assault reports are ever proven false, it becomes almost impossible to take the endearingly goofy comic-relief character at face value anymore.

Is this made any easier knowing the franchise is primarily aimed at kids, who aren’t particularly aware of the real people behind the cartoon Vikings? Maybe—but what about their parents? What about the fans who were kids in 2010, but are now eight years older and know exactly what’s going on behind the scenes?

Is it realistic, then, to expect Miller to be removed from the franchise? Prior to the Me Too movement, the answer might be no—but industry norms are beginning to change, and audiences are paying attention.

Kevin Spacey was removed from the Ridley Scott film All The Money In The World after he was accused of attempting to sexually assault a minor; likewise, the BBC has followed suit by reshooting scenes in their Agatha Christie production, Ordeal By Innocence, that feature Ed Westwick, also accused of sexual assault. Disney’s Gravity Falls has even had a bit part featuring Louis C.K.’s voice redubbed with Alex Hirsch’s voice instead—though it’s worth noting that Miller’s Gravity Falls character, Robbie, hasn’t met the same fate.

How To Train Your Dragon has a considerable advantage in a way—being animated, Miller’s contribution is entirely voice work, which wouldn’t require a total reshoot for everyone involved, just some re-recording and lip sync correction. This is still work, and it still costs money, but it’s certainly a viable option.

Race to the Edge, for its part, is no stranger to a bit of voice actor variation, either. Not being able to land the original voices of Ruffnut (Kristen Wiig) and Snotlout (Jonah Hill) for the TV series, the showrunners took a chance on lesser-known actors Andrée Vermeulen and Zack Pearlman instead, both of whom have developed their characters a lot and become fan favorites over the run of the series.

Miller himself has already had a voice double replace him—presumably for unrelated reasons—in the TV spinoff of Disney’s Big Hero 6, where Saturday Night Live alum Brooks Wheelan takes on the role of comic-book-loving superhero Fred. If Wheelan’s impression is good enough for Disney, who’s to say it’s not good enough for DreamWorks, too?

If DreamWorks Animation’s biggest concern is that nagging two percent falsehood number—the risk that they might be getting taken in by an extremely complex series of calculated lies designed to bring down a successful actor—then doesn’t recasting as a precaution hedge their bets? In the event of an incredibly rare complete overturn of an assault accusation, which, in this case, would necessitate the alleged victim and every witness who corroborated her story to somehow come out and declare that they’d made everything up, what would stop them from re-releasing the film with the original voice cast?

Inaction on the accusations might have been an easy way to sidestep controversy in the past, but the climate has changed—for the better. Netflix, DreamWorks Animation, and the writers and actors all have an opportunity to speak out here that has never existed so clearly before—it’s just a matter of deciding to take it.

Elaine Tamblyn-Watts is an Ottawa-based Anglo-Anishinaabe writer and editor. She was supposed to become a foreign correspondent, but she developed fibromyalgia and had to drop out of journalism school, so now she watches a lot of cartoons and gets a lot more work done. Elaine served as copy editor for The Charlatan for the 2016-17 year, put out a poetry chapbook called Fingernail Moon and is currently working on about nineteen other projects.