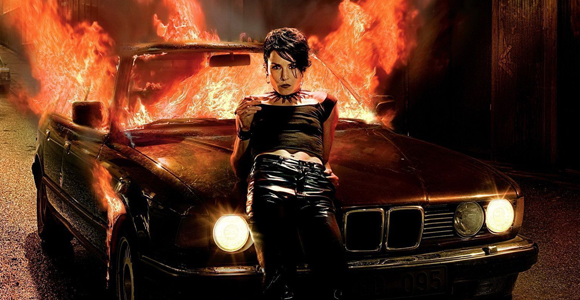 David Fincher’s American adaptation of The Girl with the Dragon Tattoo was enough of a success Sony planned to continue the series with The Girl Who Played with Fire. But The Hollywood Reporter recently wrote Daniel Craig might not return even though the studio has options on him for the entire trilogy.

The reason is, of course, money. Craig’s latest Bond outing made $1 billion worldwide and word is he wants a bigger cut for The Girl Who Played with Fire. Here’s where it gets interesting.

If Sony can’t bring Craig back to reprise his role as journalist Mikael Blomkvist, the sources say the studio could write the character out of the sequel. (A Craig source says negotiations have yet to commence but the actor wants to return to the role.)

That means Rooney Mara’s Lisbeth Salander would most likely carry the film. An intriguing notion to be sure and not entirely impossible considering the second book focuses more on Lisbeth. Of course it would change the dynamic of the story a bit but perhaps that doesn’t matter. Are viewers in this for Blomkvist or Salander? Character-wise I’d say Lisbeth is the draw but acting-wise I’m sure Craig is the name that sold tickets to those who hadn’t read the novels. But I think Mara has it in her, she did get a Best Actress nomination after all. (Check out Lisbeth in our list of great fictional hackers.)

It would rest on the story they were able to come up with, however. Sony has already paid Steven Zaillian a lot to write the sequel and re-writes could push the budget further past their comfort zone.