Tonight! The Premiere of Dragon Ball Z Kai: DBZ Without all the Filler 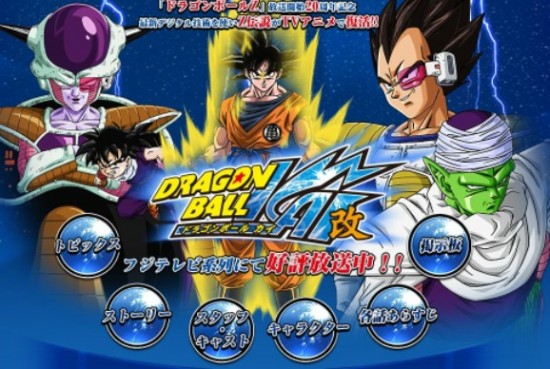 The word Kai in this title means something along the lines of “revisited.”  DBZ Kai is basically Dragon Ball Z with all of the filler cut out.

Yes, you heard me.  A DBZ that doesn’t crawl along at the pace of a dazed tortoise: half flash backs, and half characters yelling at each other in lieu of plot development.

From Topless Robot: “Episode 13 of DBZ Kai corresponds with episode 30 of the original series, meaning they cut out 17 episodes.”  I’d say that 17 episodes is a pretty big spirit bomb, but in this series, Goku charges up the Spirit Bomb for Frieza in two episodes. Two episodes.

In addition to some serious director’s cuts, the series has been remastered for HDTV, the aspect has been changed to widescreen, and the dialogue has been completely re-recorded by the original cast.