Dr. Oz Is Cool With a Bunch of Folks Dying to Reopen the Economy, Apparently 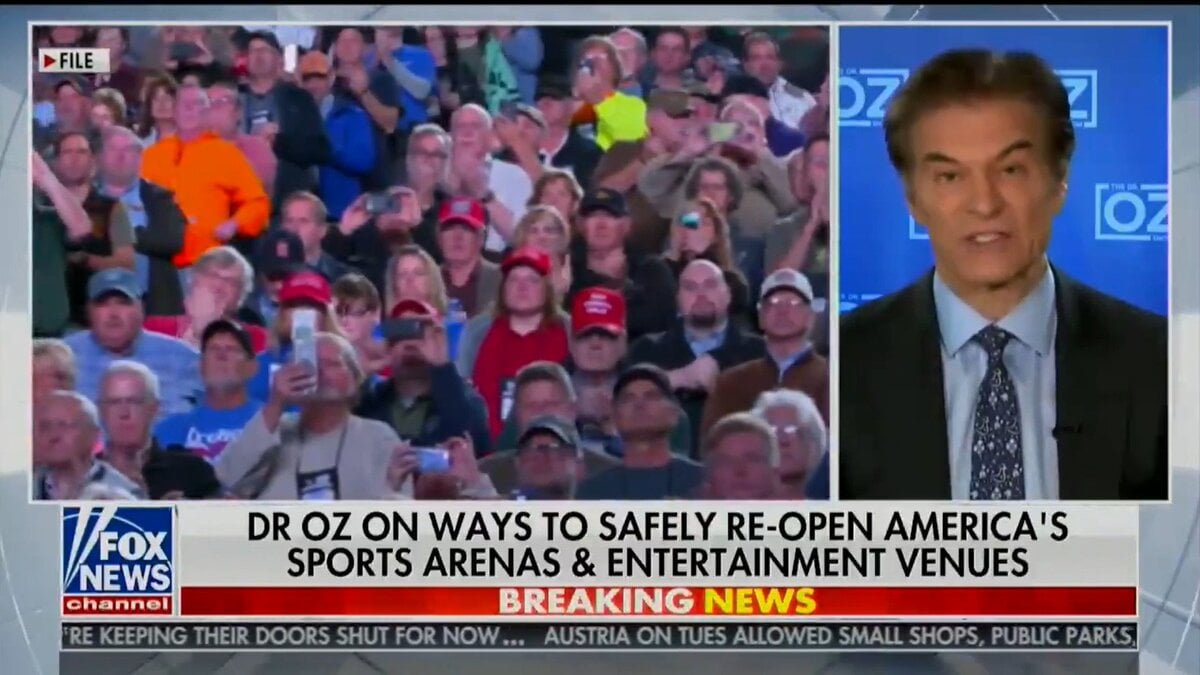 You know, maybe it’s just me, but calling a decision that could potentially kill thousands of people an “appetizing opportunity” seems completely ghoulish and horrifying. And yet, that’s exactly what Dr. Mehmet Oz said to Sean Hannity on Fox News. As Hannity begged Oz for help as to what first steps could be taken to reopen the American economy, Oz suggested reopening schools first, because that would only kill, you know, a few more people, so … not so bad, right?

DR OZ: “Schools are a very appetizing opportunity. I just saw a nice piece in The Lancet arguing the opening of schools may only cost us 2 to 3%, in terms of total mortality. Any, you know, any life is a life lost, but … that might be a tradeoff some folks would consider.” 😳 pic.twitter.com/aifMeKTsIv

There’s just a lot of horrible here, including the idea of anyone taking Dr. Oz seriously on such a critical medical issue. The article Oz is referencing here is, I believe, this one from The Lancet, and if so, he’s completely mischaracterizing what it says. The article claims that School closures alone in the U.K. reduce the rate of COVID-19 by “only 2–4%.” A similar, different Lancet article restates that: “Recent modeling studies of COVID-19 predict that school closures alone would prevent only 2–4% of deaths.”

So, these numbers are about how just closing schools, and doing nothing else, would be an inadequate measure against coronavirus spread and mortality. Oz is misstating the facts here, and it’s not clear from these articles that reopening the schools would “only” cost us a 2-3% increase in mortality. He was also not talking about mortality among kids, but mortality rate in general—but let’s humor this guy and look at numbers.

There’s a huge variance in the amount of projected deaths from COVID-19, for many reasons, one of which is we don’t know how well social distancing is going until weeks after it’s implemented. As of today, over 30,000 people in the U.S. alone have died from the virus, and projections into the future range from a total death toll of 40,000 to 240,000. We have a mortality rate around 4.1% right now.

So, how many deaths are okay for Dr. Oz that he finds this so “appetizing”? He’s not talking about 2–3% of the total U.S. Population, but is he okay with the mortality rate going tom 4.1% to 6%? That’s still thousands of lives. Even an incremental increase, a percentage of a percentage, means people dying that don’t need to.

I understand the claim that “we need to get kids back to school,” though I doubt Dr. Oz or Sean Hannity are dealing with the demands of working while also taking care of kids and trying desperately to give them some sort of structure or education. Kids and parents will get through this, even though it’s hard—but many others will not make it if we rush to re-open. The elderly, the vulnerable, and all those we love need to be protected.

We can’t prevent every death, but is never “appetizing” to consider a measure that will cost lives, no matter how few.