Dr. Demento Off the Airwaves for Good as of this Weekend, to Become Web-Only 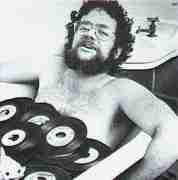 Barrett Eugene Hansen, otherwise known as Dr. Demento, announced on Monday that he will be closing the doors of his near 40-year old radio show this weekend in favor of producing shows for DrDemento.com.

While we’re heartened to hear that he is not retiring from all media, his departure from radio is a shame, and has an ironic twist to it; He was inducted into the National Radio Hall of Fame only this past November.

Among other accomplishments, Dr. Demento is responsible for bringing Weird Al Yankovic to worldwide attention (who, incidentally, puts on a great live show.) Losing him on the airwaves is a big loss, but knowing that the Doctor will still be around online helps ease the pain of his fans. As he wrote on his site:

THE GOOD NEWS — Dr. Demento intends to continue producing new shows every week for www.drdemento.com for the foreseeable future. A new one will be available Saturday morning, June 12, and more new shows will be posted every Saturday thereafter.

Also…if you live in or around Amarillo, TX, you’re in luck…by special agreement and due to contractual considerations, a version of the internet show will be heard weekly on KACV-FM there, at least through the summer.

In the meantime, check out this oldie from one of Weird Al’s tours. Best of luck, Doctor.