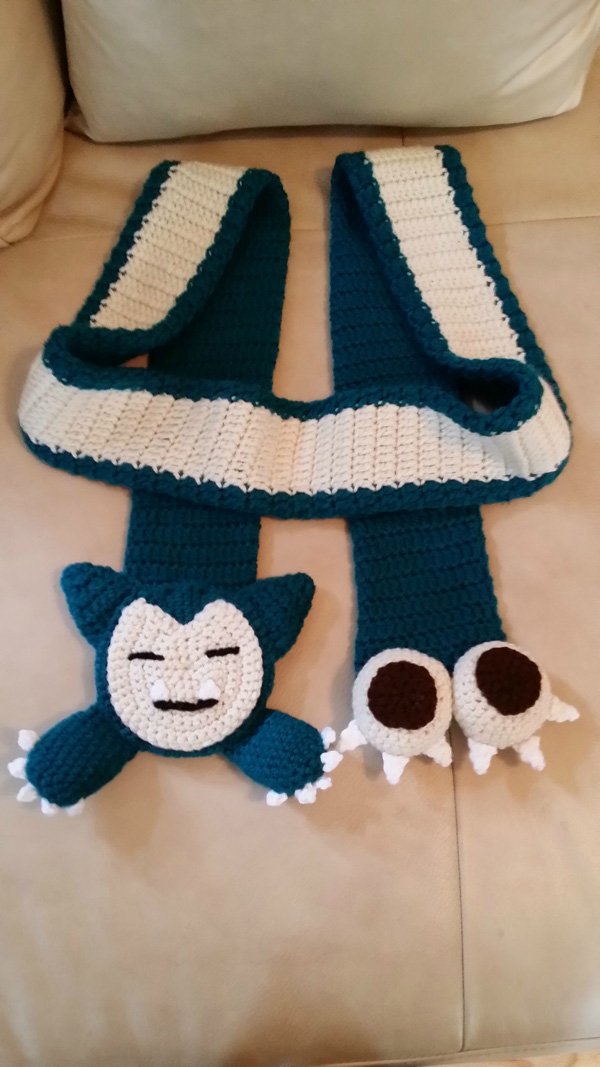 Now THAT’S a scarf. Apologies if it’s not actually winter where you are (particularly chilly in New York today), but I’m sure you can wear some of these any time of year. Head over to Dorkly to see all 27 scarves they’ve collected. This Snorlax comes courtesy of Jaxxxi on reddit.