Awkward Sex Talks and a Controversial Fridge: What to Expect from Downton Abbey‘s Final Season 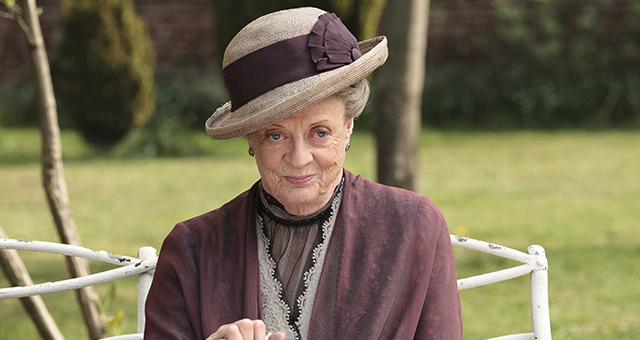 September 20th marks the day the final season of Downton Abbey begins airing in the UK. Those of us in the U.S. have to wait until January to find out whether the Crawleys and their league of staff and acquaintances will head off into the sunset at the end of the Roarin’ Twenties (where sunset here refers, historically, to The Great Depression). The UK press, however, has already begun teasing us with spoilers, much of which comes straight from the cast.

Mrs Hughes warns you — there be spoilers ahead!

FOR THE LOVE OF GOD AND ALL THAT IS HOLY, WILL ANNA AND MR BATES EVER BE HAPPY? 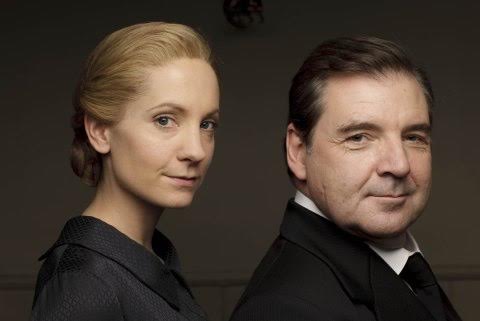 Honestly, as Joanna Froggatt (who plays Anna Bates) once said of their relationship, “Anna and Mr Bates’ love can survive anything” — and at this point I think everyone’s rooting for them to do just that: survive not only the arguably exhaustive life of service but all the while taking turns YOU KNOW, BEING IN PRISON.

The Irish Examiner reported that Jo Fro also mentioned the Bates’ attempts to start a family will continue to go unrealized. Which, if they are still embroiled in an ongoing investigation into Mr Green’s death, might not be a bad thing. As much as we’d love to see them be happy, bringing a baby into the world admidst courtroom drama is kind of ill advised. It’s a costume drama, not a Lifetime Original Movie.

Is Lady Mary gonna make #LoveMyself her anthem or will she continue to have a slew of suitors in the final season? 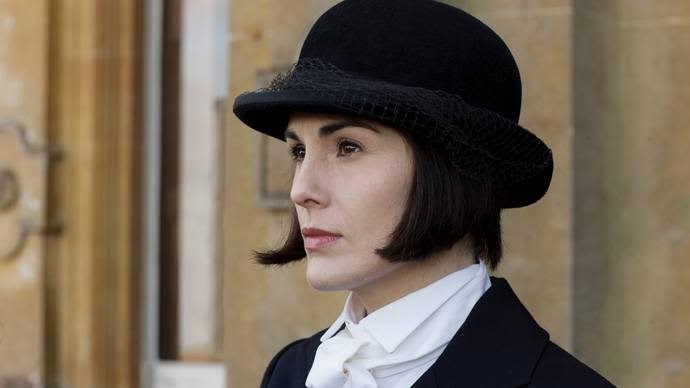 The season opens with something from Mary’s past coming back to haunt her — and if it’s not that Turkish Diplomat who died in her bed back in season one, then what else could it possibly be?!

Anyway, girl is definitely getting a new love interest, but let’s be honest: it’s not Matthew, it’s never gonna be Matthew, so let’s give her something more interesting to do than flare her perpetually ON FLEEEEEK eyebrows at all the men she encounters. Mary and Matthew’s son, George, is the heir to Downton’s estate — which Mary is now managing, since in the decade or so that has elapsed since season one, when THE ENTAIL was her mortal enemy, things have become a little more relaxed for women. Only a little. Worth noting that pretty much every female cast member has ditched their corset at this point, but the men of Downton have not shed their overarching vibe of patriarchy. Nor has society. So, Mary’s future without a man is a little uncertain, but here’s hoping. 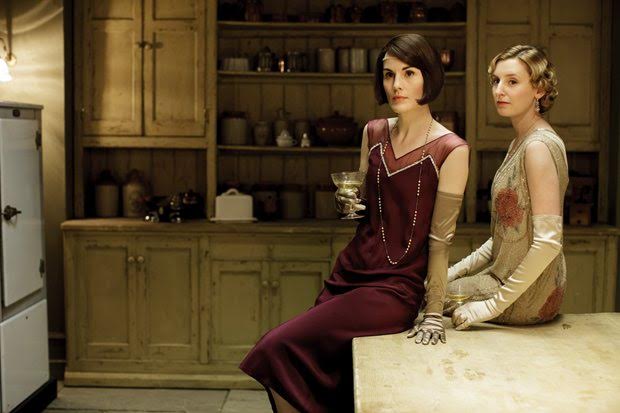 Lady Edith — the quintessential middle child — has had, perhaps, the most distinct and interesting evolution of all the Crawleys since the show began. She’s had a man leave her at the altar, inherited a posh London publishing house from a man who disappeared — but not before impregnating her. You’ll recall that last season Edith took an impromptu jaunt to Switzerland with her Aunt Rosamund (played by the deliciously wine-Auntish Samantha Bond) to have her baby, who she fully intended to give up for adoption. Then, in a made-for-tv-movie plot twist, she ends up bringing her back to Downton. The little girl, Marigold, gets on well with her cousins George and Sybbie, and Robert finally figures out that she’s Edith’s daughter and not some random village child she’d taken a shine too. The only person who doesn’t know the truth about Marigold’s origins is, of course, Mary. Because she’s got more important things to brood over.

Edith, however, has really come into her own. Whereas in previous seasons she’s been one to sulk and skulk, it seems like the final series might be hers for the taking. She’s got a great writing gig, her child is nearby and well looked after, and who knows! Maybe she’ll even get a suitor who won’t run off at the alter / disappear/ die.

Romance downstairs leads to the most awkward sex-talk in history. 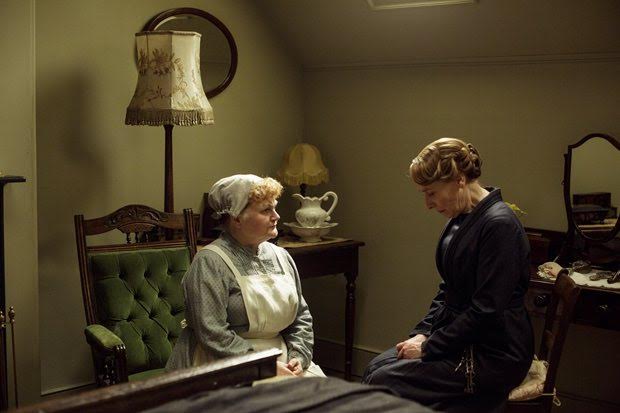 Last season’s Christmas Special ended with a proposal, as season finales are wont to do, but it wasn’t upstairs — but downstairs. Stodgy butler Mr Carson proposed to his longtime BAE housekeeper Mrs Hughes — and the final season will bring about their marriage and, we can presume, retirement together to run The Carsons’ Wine Decanting and Good Time Emporium.

Of course it wouldn’t be Downton if there weren’t some shenanigans in place to make the path to the altar not along the straight and narrow. Mrs Hughes, who is into her early sixties now, confides to her BFFL Mrs Patmore that she doesn’t know what Carson’s expectations for this marriage are going to be — is he DTF or nah? Furthermore, she worries, if he is expecting her to put out, what will he think of her “late middle aged” nekkidness?

What ensues is Mrs Patmore taking matters into her own oven-mitt hands and broaching the subject of S-E-X with EXTREMELY BRITISH AND STONE FACED CARSON. Hilarity ensues.

At this point, just seeing the two old boobies get married would be great. As Jim Carter said at a season six press junket, “There are turtles who have mated faster” than these two. Besides, they aren’t even on first name basis! At the very least Mr Carson needs to get up the nerve to growl Elsie, rather than Mrs Hughes, unless their wedding night is destined to be rife with oh yes Mr Carson, polish me like one of your silver candelabras! #fanfic 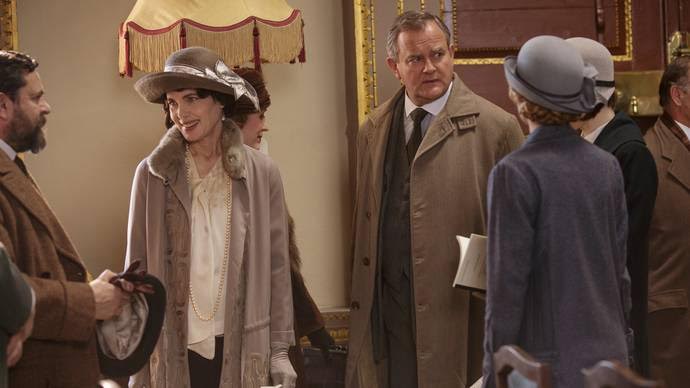 Last season Robert Crawley had himself an ulcer, which was probably just a metaphor. The shit is going to hit the proverbial fan in the final series because of a little plot device called HISTORY. The season will bring us into the mid 1920s, just before the economic collapse of ’29. The necessary foreshadowing for this event sees the Crawleys becoming more and more aware of how the world around them is shifting — and how prudent it is for them to keep up. The reality for families living in manor houses of the Victorian era was that they were expensive to keep up and needlessly filled with servants who were, frankly, becoming redundant. The advent of various technologies, including that of the REFRIGERATOR, made less work for staff. So, Robert will need to think about the possibility of downsizing.

This might be convenient writing for Fellowes, in terms of sending many beloved downstairs characters off at the end of the series — but for the Crawleys, who are so accustomed to their life of luxury, losing even an underbutler or miscellaneous footman would be quite the adjustment.

Of course, the prospect of having to do things for themselves creates some truly endearing downstairs shenanigans for Cora and Robert who, at one point, decide to go into the kitchen for a late night snack. No more trays for these two!

Downstairs staff may be replaced by robots. 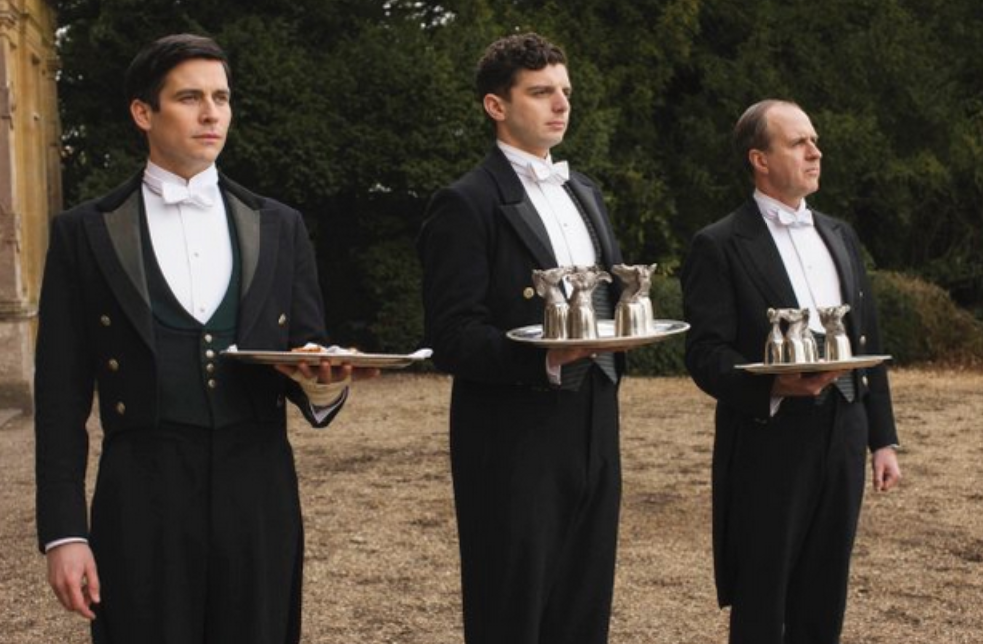 Remember when the Dowager was disgusted by electricity back in season one? Or Carson flipped out over the wireless radio last season? Well, now it’s Mrs Patmore’s turn to have a nervous breakdown about technology. The cook, who has never known anything but a pantry and ice box, will not be quite so chuffed to be confronted with the fridge, but also, a hairdryer.

Of course the truth of the matter is that the downstairs staff have every right to be weirded out by the technology that may soon replace them. For those whose entire lives were devoted to service, becoming redundant was the enemy. Though, even if Downton no longer needs to employ the cook, she’d probably have a lucrative career as a sex therapist, if the Hughes/Carson debacle is any indication.

While the Crawleys don’t seem to be giving up their fox hunts anytime soon, they may be totally fine getting rid of their under butler (sultry, schemin’ and smoking Thomas, with his arc of being a closeted gay man in Victorian England being one of the most topical the show has ever had).

Let’s all ship Violet and Isobel. 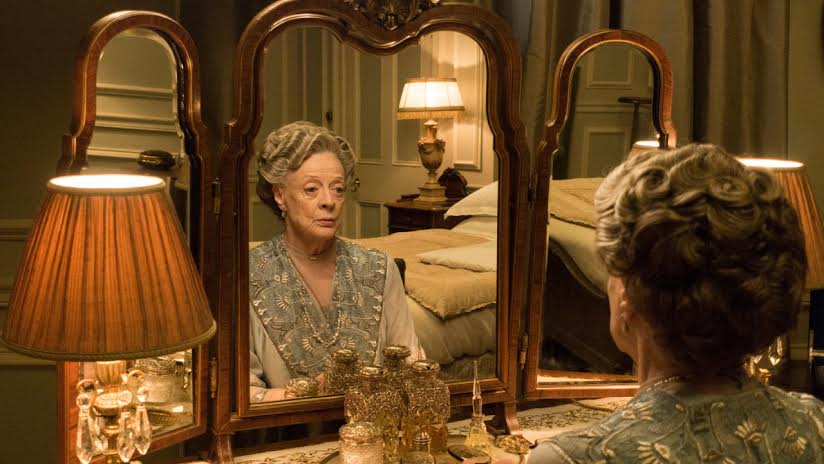 Cousin Isobel continues to evade the advances of Lord Merton and his asshole sons, and our favorite naughty-Grandma Dowager Countess Violet Crawley (played by a 200%-done-with-your-shit Maggie Smith) has said ta-ta to her former Russian lover. The two sassy ladies have a face off over the local hospital, giving us the one liners we crave from Dame Maggie and also giving us whatever the female equivalent of BROTP feels between these two would be.

While it’s been argued that marking the true end of the Downton era would be the death of the Dowager Countess, something tells me that Violet and Isobel should just move into the Dower House together and continue to laugh at all the peasants who have tried to infiltrate their friendship. Uteruses before duderuses, man.

The sixth and final series of Downton Abbey premieres in the UK Sunday September 20th on ITV. The US premiere on Masterpiece Theater, PBS will be in January.

Abby Norman is a journalist based in New England. Her work has appeared on The Huffington Post, Alternet, The Mary Sue, Bustle, All That is Interesting, Hopes & Fears, The Liberty Project and other online and print publications. She is a regular contributor to Human Parts on Medium. Stalk her more efficiently at www.notabbynormal.com or sign up for her weekly newsletter here.