Donald Trump Tweets Racism Instead of Combating It 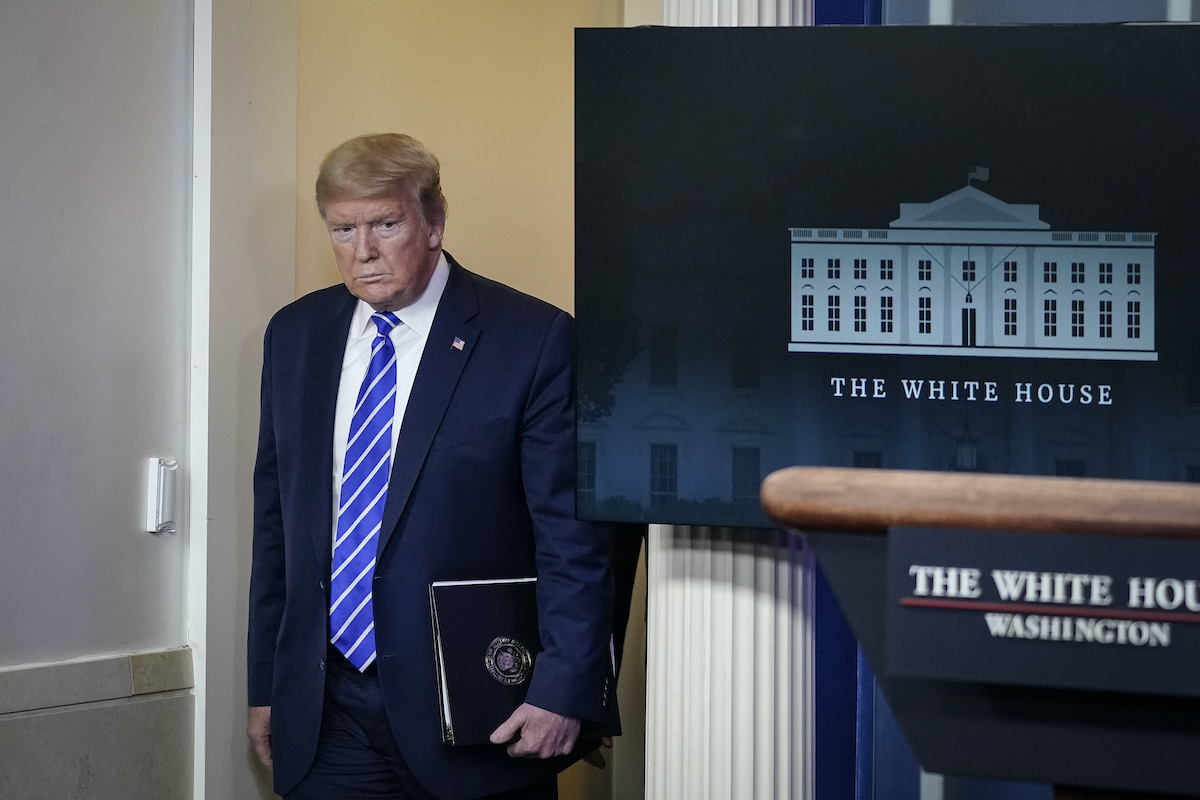 Donald Trump is not a man without commitment. For instance, there are still protests across the United States of America against systemic racism, and demanding reform of the police and other racist institutions, and Donald Trump remains committed to pushing back against literally any forward progress on reforms! And true to form for a man who likely knew that Russia was paying Taliban fighters to kill Americans, he’s threatening to continue supporting racism at the expense of US Troops?

Oh, and he did that ALL while calling a woman a racist name.

I will Veto the Defense Authorization Bill if the Elizabeth “Pocahontas” Warren (of all people!) Amendment, which will lead to the renaming (plus other bad things!) of Fort Bragg, Fort Robert E. Lee, and many other Military Bases from which we won Two World Wars, is in the Bill!

There is not a single word in that tweet that isn’t disgusting. The unhinged random capitalization. The mislabeling of Fort Lee. The lies that this will lead to “other bad things!” He’s using his old name for Elizabeth Warren, and it’s both racist and sexist.

But what’s the most offensive here in the midst of a scandal where it’s increasingly clear he may have turned a blind eye to a plot that cost the lives of American soldiers, he is threatening to veto a “must-pass” defense authorization bill because … he wants to keep the names of men who fought for slavery and betrayed our country on military bases?!

The be clear, the bill in question is the annual defense authorization bill. It’s the bill that Congress passes every year that funds the Pentagon and military (whether that itself is a good use of funds is another debate). It is one of the very few things that lawmakers can agree on these days, and Elizabeth Warren’s amendment to rename military bases named after Confederates is just part of the massive package. It should be a slam-dunk bill.

But no, Donald Trump has chosen this as his hill to die on. While even the state of Mississippi has voted to remove the Confederate battle flag from its state flag, Donald Trump thinks that we must keep these traitors’ names on our military bases. Why? These men led forces that killed American soldiers. Their “lost cause” was the cause of enslavement of other human beings. There is nothing in their legacy that demands honor or their names’ continued usage.

Remember, when Robert E. Lee was off fighting the Union, his estate in Virginia was seized and converted into Arlington Cemetery, and that is honestly the only legacy Lee or any Confederate general deserves. No matter their military prowess, they fought against the United States for the right to own Black people. They killed Union soldiers for that right, and now Donald Trump proves again that he doesn’t care about Black lives or even military lives by saying that keeping the names of racists on bases is more important to him than anything. As the pandemic surges to terrifying levels again, this is Trump’s main concern.

Perhaps, when this disaster of a racist presidency is all over, Donald Trump will be treated to the same honors as his apparent hero, Robert E. Lee, and we can turn Mar-a-Lago into a new national cemetery for the thousands of people Trump has killed with his ignorance.