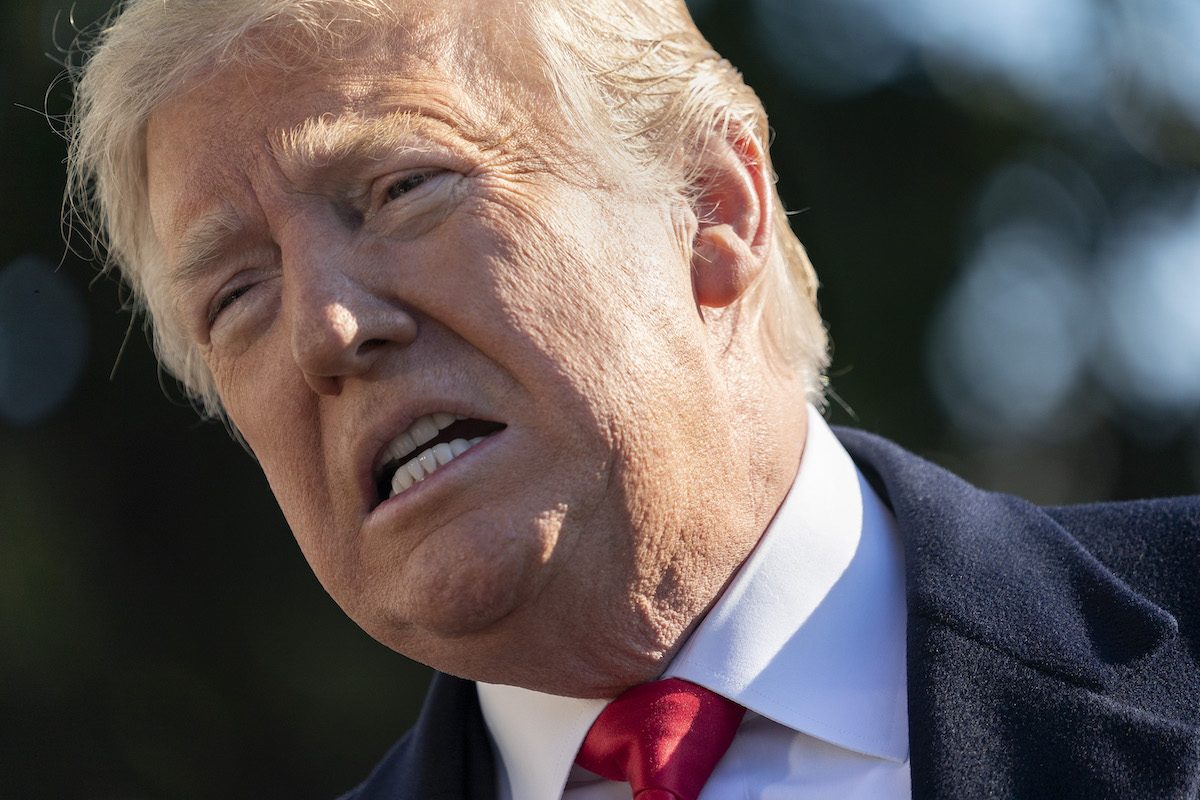 Donald Trump tweeted Monday afternoon that he planned to give a televised address regarding the “Humanitarian and National Security crisis on our Southern Border.”

For a few brief hours, there seemed to be some question as to whether the major networks would grant him the airtime to do so, or whether they might at least air his speech on a delay so they could fact-check his statements. Some journalists have reportedly called on the White House to release the text of the planned speech in advance for that same reason. But no. Predictably, all the major networks–ABC, NBC, CBS, PBS, Fox, MSNBC and CNN–are planning to air Trump’s speech live tonight at 9pm Eastern, with no advance knowledge of what he will say.

Televised addresses from the Oval Office are usually reserved for historic moments. George W. Bush gave an Oval Office address on September 11, 2001. Eisenhower and JFK addressed desegregating American schools. Barack Obama used it to address the Supreme Court’s ruling on the constitutionality of the Affordable Care Act. And while it may seem like a given that if the President wants to address the nation, the networks have to let him, that’s not always the case. In 2014, President Obama was denied airtime for a speech on immigration because it was deemed too partisan.

But now Trump wants to talk about a shutdown he created over an issue that he’s repeatedly lied about, and the networks are just going to let him.

Donald Trump does not tell the truth when he talks about border security. He lies about the Democrats’ views on immigration, claiming that they want “open borders,” when in reality, they just don’t believe a wall would fix the issues Trump rails against. Trump lies when he says a wall would rid America of undocumented immigrants, since the vast majority of those immigrants are overstaying visas, not sneaking across borders. The same goes for Trump and, recently, Mike Pence’s claims that a wall would stop a flow of drugs from the southern border, which it would not.

Pence just talked about the heroin that “comes through our southern border.”

What he left out is that the majority comes through PORTS OF ENTRY at the southern border, stashed in private vehicles or mixed in with other shipments.

A wall would not impact on that. pic.twitter.com/1qEEDnrAiu

Similarly, Pence claimed that 4,000 “known or suspected terrorists” were caught trying to enter the country and that a wall would have stopped them. But of those 4,000, only 12 were apprehended at the southern border. The vast majority enter through air travel. (Too bad, then, that Trump’s shutdown causes a huge threat to air safety.)

The wall is symbolic more than anything else, and when Trump says otherwise, he’s lying.

Trump also lies about who supports the wall. He claims that a lot of furloughed government worker support him (there’s no evidence of that), as do most Americans (polling suggests that is very false). He also says that some past U.S. presidents support him, and maybe he’s been talking to the ghost of Ronald Reagan, because all four living presidents say that’s not true.

Those aren’t even all the lies Trump’s said, and is likely to say again tonight when networks give him a platform for his propaganda. As we all know, there’s nothing more important to Trump than ratings, not tuning in sounds like a pretty great option.

#BoycottTrumpPrimeTime is trending in the U.S. ahead of President Trump’s planned address to the nation. pic.twitter.com/jVc0eBMh58

If you want to watch people talk rationally about border security and the government shutdown, Nancy Pelosi and Chuck Schumer are planning to give a response from the Democratic Party sometime following Trump’s speech.

Now that the television networks have decided to air the President’s address, which if his past statements are any indication will be full of malice and misinformation, Democrats must immediately be given equal airtime.

My statement with @SpeakerPelosi: pic.twitter.com/KIQPrdXEeg