When Trump left Walter Reed Medical Center Monday night, he pumped his fist in the air a few times before getting on board Marine One to return to the White House. But apparently Trump had planned for a bigger, more theatrical departure from the hospital. According to a report in the New York Times, Trump wanted to do a Clark Kent to Superman reveal:

“In several phone calls last weekend from the presidential suite at Walter Reed National Military Medical Center, Mr. Trump shared an idea he was considering: When he left the hospital, he wanted to appear frail at first when people saw him, according to people with knowledge of the conversations. But underneath his button-down dress shirt, he would wear a Superman T-shirt, which he would reveal as a symbol of strength when he ripped open the top layer. He ultimately did not go ahead with the stunt.”

News of the stunt spread quickly, and “Willy Wonka” started trending on Twitter, as folks immediately drew comparisons to Wonka’s introduction in the film:

But of course, this is classic Trump: a reality star’s impression of what would make headlines and rile up his base. It’s a stunt that would be more at home on WWE or a reality series. Frankly, it’s a surprise Trump didn’t leave Walter Reed dressed as a giant syringe while singing “Don’t Stop Me Now”.

But Trump’s Superman stunt is hardly the stuff of heroes. It’s a crass manipulation that ignores the brutal reality of the pandemic. In short, it’s a classic Lex Luthor move.

After all, Trump and Luthor bear striking similarities. Both are power-hungry CEOs with designs on world domination. Both have a stranglehold on the media and their public perception. Both stoke anti-alien fear and discrimination. And both are bald, although Lex is at least confident enough to rock a clean pate. Luthor was even elected president three times over the course of the character’s history. 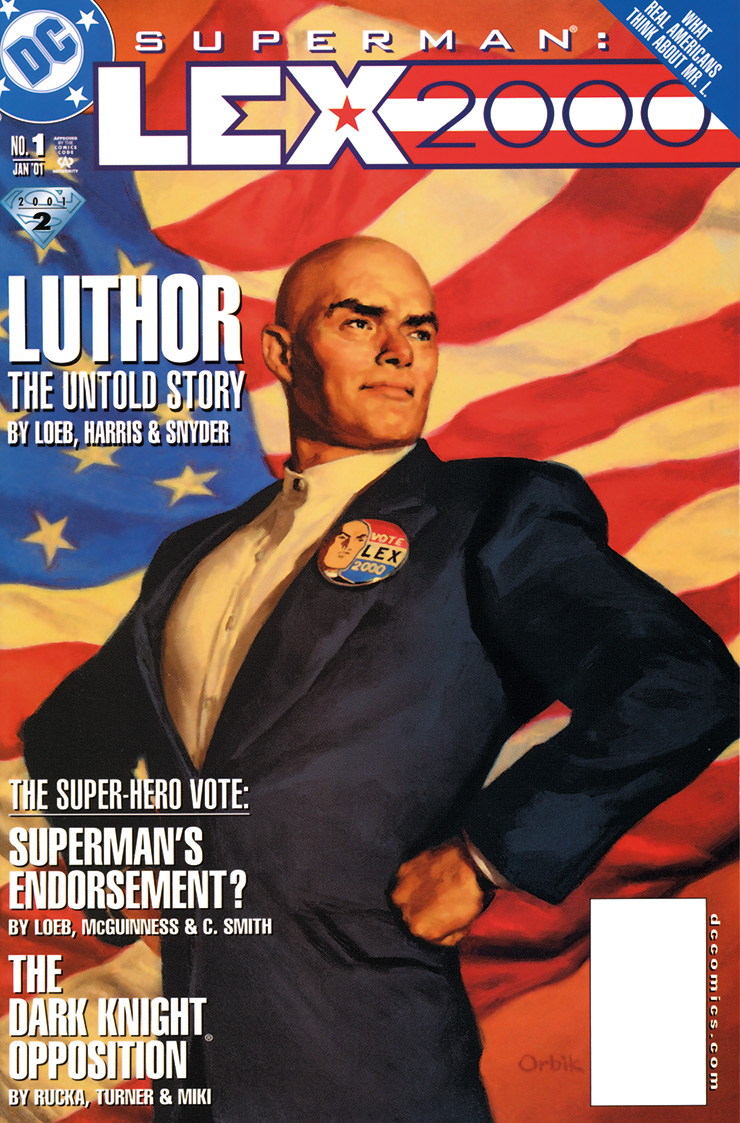 The Trump-as-Luthor comparison is hardly new, but I couldn’t help but be reminded of it after his latest almost stunt. Trump’s desire to reveal a Superman shirt speaks to the deep seated insecurity that makes Luthor hate Superman. It’s a desperation for the power and adoration that Superman inspires. It’s a demand to be treated like a god.

Many took to social media to roast Trump for his stunt:

You have to read this to believe it.

Trump was planning to appear frail and then rip over his dress shirt to reveal a Superman tee-shirt when he left the hospital, according to the @nytimes.

Whenever I think Trump can’t do something more ridiculous, he proves me wrong. pic.twitter.com/yvxJuRkrAu

I know Superman. Superman was a hero of mine. President Trump, you’re no Superman. From @nytimes: pic.twitter.com/MtasJB71Gc

As a massive Superman fan, I can tell you that he hated Nazis, was an immigrant, had a dog, loved the newspaper businesses, and never lied. Literally the opposite of Donald Trump. https://t.co/1aQKVQgG45

Not sure why Trump thinks of himself as Superman, since he's clearly Batman up late working on vaccines on the Bat Computer. https://t.co/uJeVgGArxG

i can't think of anything more antithetical to trump than superman. just… fuck off dude. pic.twitter.com/gxaKBTtUQP

Sayeth the NY Times, Trump wanted to emerge from Walter Reed looking frail, then pull back his shirt to reveal the Superman symbol. As someone who wrote for, and grew up with Superman, it seems to me that he has confused the house of El with that of General Zod.

The only person who thought this was a good idea? Former Superman and Trump supporter Dean Cain:

It would have been unforgettable. https://t.co/bRFQpJCkf8