Is There Any Person Alive More Petty Than Donald Trump? | The Mary Sue

Is There Any Person Alive More Petty Than Donald Trump? 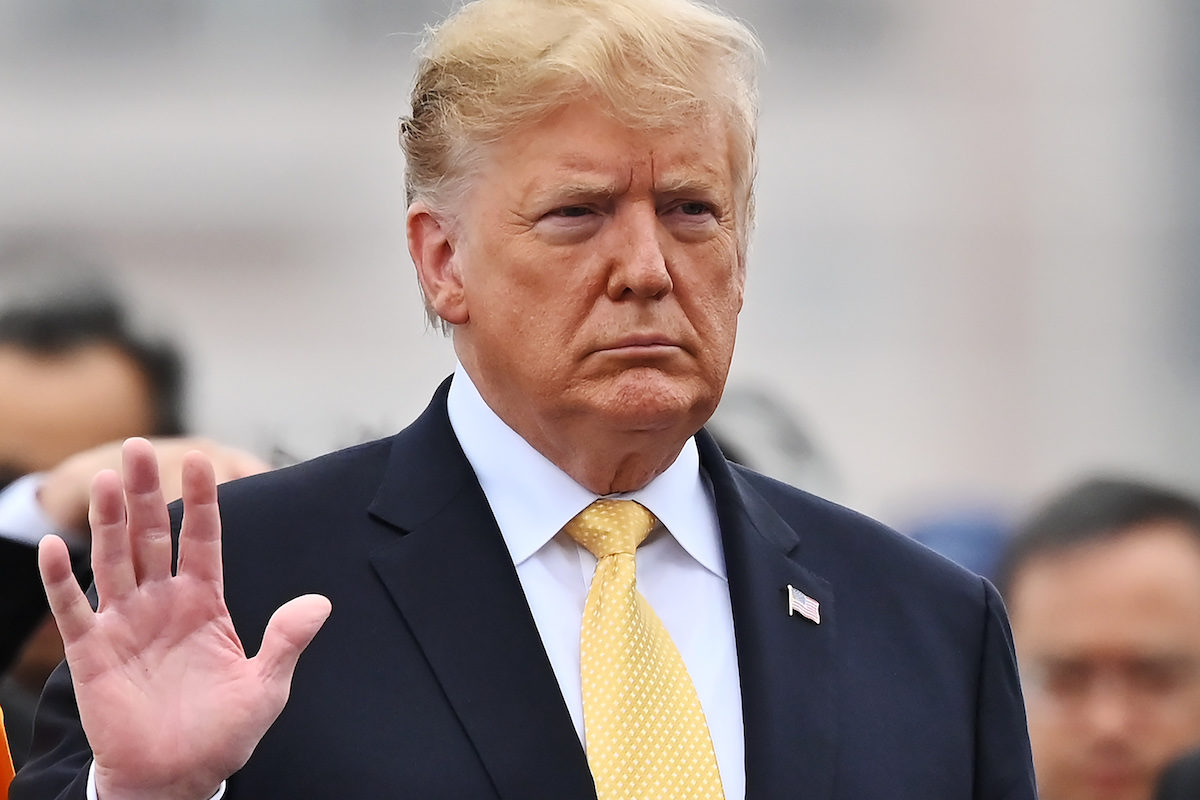 Donald Trump visited a U.S. Naval base in Japan Wednesday and while we all know his skin is so thin it’s amazing it doesn’t crumble into dust with every light breeze, this was one of those instances that still manages to amaze with its seemingly impossible levels of insecure pettiness. Come and hear the mind-boggling story of the USS John McCain.

Prior to Trump’s arrival, the White House Military Office requested via email that during the visit, the USS John McCain be moved or somehow obscured. Moving it apparently wasn’t a practical option because the warship was under construction. But according to the Wall Street Journal, a tarp was hung over the ship’s name and its sailors were given the day off so as not to risk Trump seeing McCain’s name on their caps.

CNN says that Navy officials deny the tarp was covering McCain’s name during Trump’s visit (they said that photo was from earlier in the week) and the White House says Trump didn’t order the name be covered and that he wasn’t even aware of these conversations. But a White House official told the Washington Post that the plan was intended “to keep Trump from getting upset.” And whether or not that was Trump’s idea, those aides clearly knew what they were doing. Trump can’t even handle seeing the name of someone who once challenged him. Only ego-boosters are allowed at Trump events, like so:

Trump told reporters today that he “wouldn’t have done that” but that he “was very angry with John McCain because he killed healthcare.” He continued to trash the late Senator, saying “I was not a big fan of John McCain in any way, shape, or form. I think John McCain had a lot to getting (sic) President Bush–a lot to do with it, to go into the Middle East, which was a catastrophe. To me, John McCain, I wasn’t a fan.”

Asked about report that Navy was asked to move a ship named after John McCain during his recent trip to Japan, Trump denies involvement, but goes on to trash John McCain pic.twitter.com/vDYthPxUIC

Look, I’m no John McCain fan either but that whole statement is just a wild ride of a mess. He reiterated that he didn’t have anything to do with the covering up of the ship, but said the person who did “was well-meaning” because they knew Trump’s feelings on McCain.

That fact that his staff, with or without his knowledge, moved the USS John McCain is something normal in a dictatorship – to appease an insecure, mentally unbalanced leader – not in our democracy.

It was a big day overall for Trump saying he didn’t know about things that were being done to benefit him. He also went full Jan Brady talking about Russia, and how he didn’t have anything to do with Russia’s interference that got him elected—a thing that for years now, he’s been vehemently denying ever happened in the first place.

Russia, Russia, Russia! That’s all you heard at the beginning of this Witch Hunt Hoax…And now Russia has disappeared because I had nothing to do with Russia helping me to get elected. It was a crime that didn’t exist. So now the Dems and their partner, the Fake News Media,…..

Anyway, since we know Trump can’t handle being challenged in any way whatsoever, there’s only one thing to do:

I’m calling my uterus John McCain so Trump’s government keeps away from it.