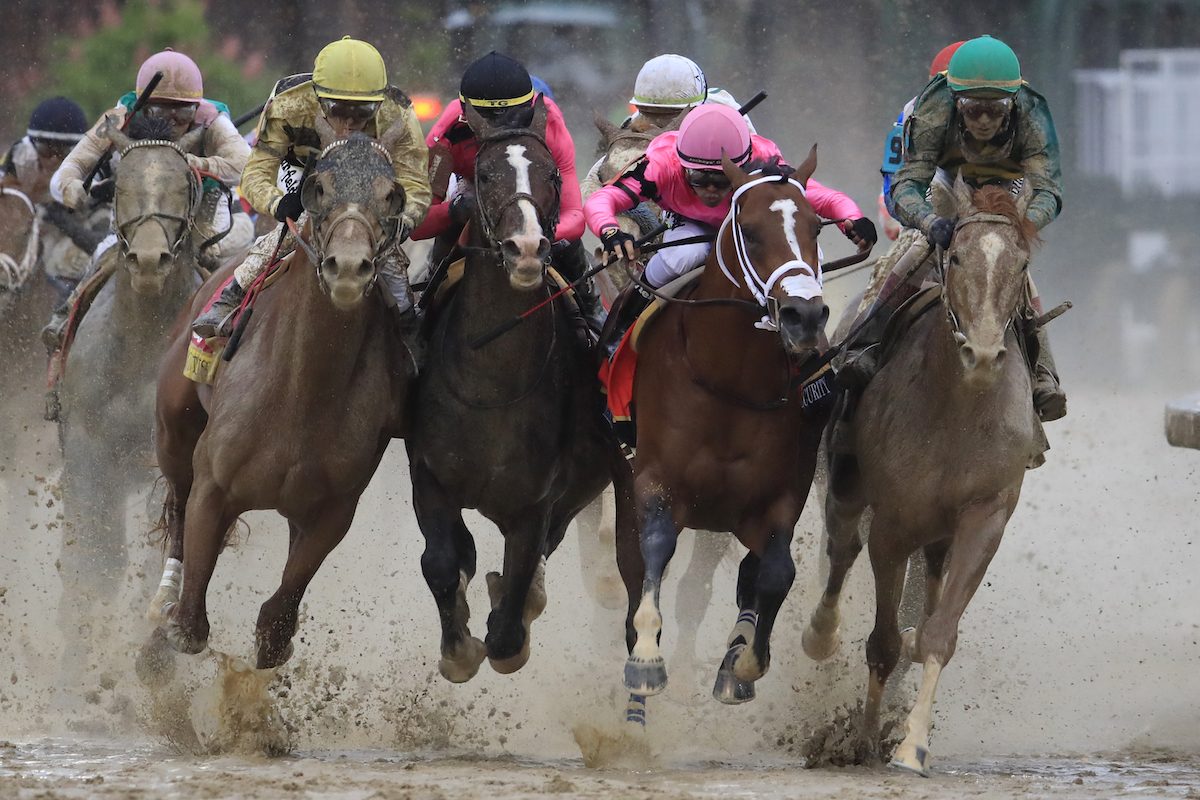 You’ve probably heard by now that this year’s Kentucky Derby was a mess of horse drama. The race itself takes about two minutes to complete, but this year, that was followed by about 20 minutes of deliberation after a horse’s trainer submitted an objection. The ostensible winner, Maximum Security, was accused of drifting into another horse’s path on the muddy track, causing an illegal impediment. The race’s stewards eventually agreed with the claim, and for the first time ever in the history of the Kentucky Derby, the winning horse was disqualified, making Country House the new winner. Who had the worst take on these events? Why, Donald Trump, of course.

Obviously, a lot of people were upset over the Derby results, starting with those who had bet on race favorite Maximum Security. (Country House was more of a long shot, therefore giving a higher payout, so his betters were no doubt thrilled.) But the Kentucky Derby is also an event rooted in tradition—like the traditions of fancy hats and lots of booze—and the crowd was full of people booing, presumably just because they didn’t like the deviation from the normal flow.

But at least one person found himself upset for the stupidest reason imaginable, and that person was Donald Trump, who took to Twitter to accuse the Kentucky Derby of caving to PC culture.

The Kentucky Derby decision was not a good one. It was a rough & tumble race on a wet and sloppy track, actually, a beautiful thing to watch. Only in these days of political correctness could such an overturn occur. The best horse did NOT win the Kentucky Derby – not even close!

(That’s actually the second version of that tweet, by the way. The first time around, he misspelled “Kentuky.”)

This actually is a fairly controversial time in horse racing, as the first few months of 2019 have been an especially fatal year for a sport that already sees hundreds of horses die from racing-related injuries every year. Between December 26th and March 31st of this year, 23 horses died at California’s Santa Anita track, leading track officials to implement a  number of somewhat unpopular measures, including banning use of whips and limiting acceptable medications. (Some of those measures have been walked back since.)

But that’s not what Trump is upset about, or what he considers “political correctness.” He’s just talking about the overturned ruling at the Kentucky Derby.

So let’s make sure we’ve got this straight. Someone was declared the winner of an event, but the systems set up to maintain the integrity of the competition were actually effective, and found that there was—if not outright cheating—obvious interference, and that interference was deemed severe enough to cost that declared winner their title. And Trump isn’t a fan of that scenario? Wow, consider me shocked.