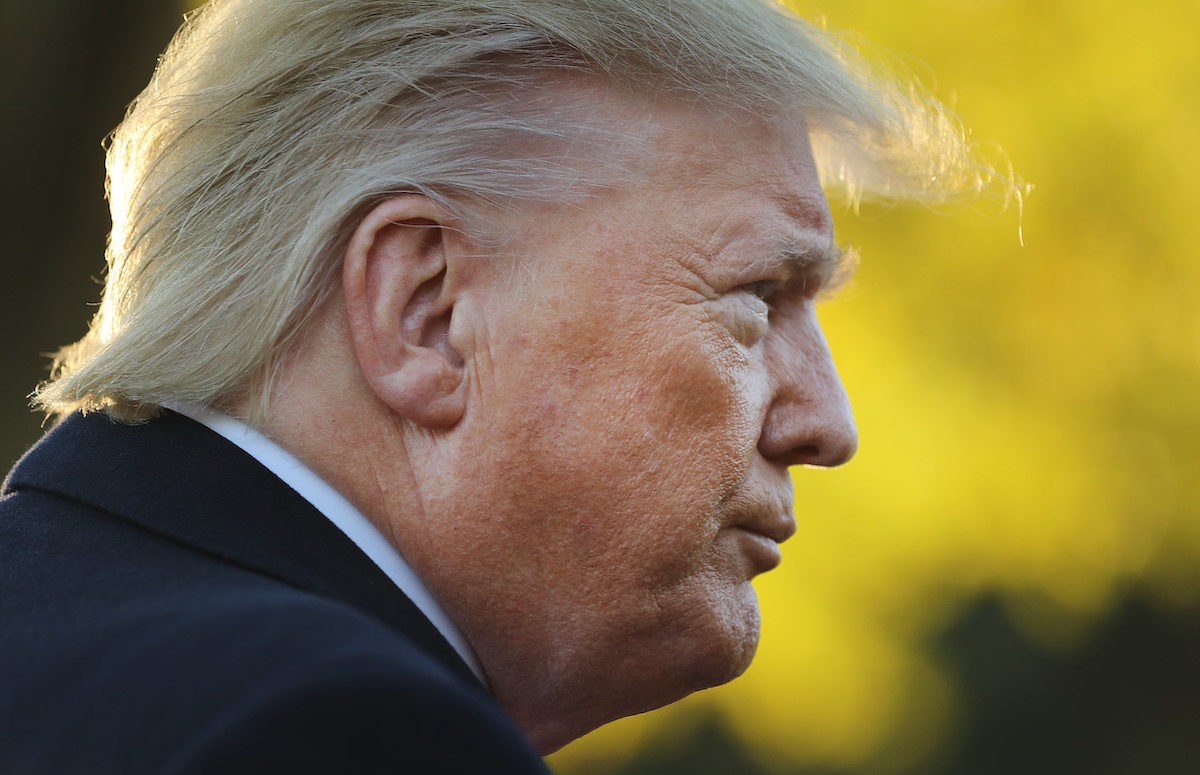 Ever since the original whistleblower complaint was made about a call between Donald Trump and Ukranian President Volodymyr Zelensky, Trump has insisted that their conversation wasn’t inappropriate because there was no quid pro quo laid out. Even the “transcript” (it was an edited paraphrasing) put out by the White House made it obvious that Trump was insinuating he required a “favor” from Zelensky if the U.S. was to deliver on promised military aid, but because he only hints with the subtlety of a brick to the face rather than saying the exact words, he’s remained adamant in his “no quid pro quo” defense, repeating that phrase in countless press gaggles and tweeting it more than 20 times in the last three weeks.

That argument was already starting to fall apart since Lt. Col. Alexander Vindman, who was one of the officials listening in on the call, said that the White House transcript was edited to remove “crucial words and phrases” where Trump demanded Zelensky help him dig up dirt on the Bidens in exchange for that aid.

You can tell that Trump is starting to create a backup plan for his go-to catchphrase of a defense but the best he’s come up with is basically, “Hey, you know that thing I keep saying I didn’t do? Well, even if I had done it, there would be nothing wrong with that.”

That’s just the last step before, “Yes, of course I did it”–which, by the way, acting Chief of Staff Mick Mulvaney pretty much already said in a press conference he had to walk back quickly after. Last month, he told reporters that this sort of quid pro quo dealing is common in foreign policy. “We do that all the time,” he said, adding that everyone should just “get over it.”

Here’s where Trump is in his defensive ramblings:

False stories are being reported that a few Republican Senators are saying that President Trump may have done a quid pro quo, but it doesn’t matter, there is nothing wrong with that, it is not an impeachable event. Perhaps so, but read the transcript, there is no quid pro quo!

Trump seems to be referring to a report from the Washington Post that a number of Republican senators are planning to acknowledge that there was a quid pro quo laid out in the Zelensky call but that it’s not an impeachable offense.

That’s very close to what Trump himself is saying, but since his ego makes him totally incapable of ever admitting anything close to a mistake, they still can’t all land on the same message.

By the way, the Latin phrase quid pro quo means “a favor or advantage granted or expected in return for something,” which means, essentially, bribery or extortion, which are most definitely impeachable offenses, no matter how many tweets Trump posts denying it.