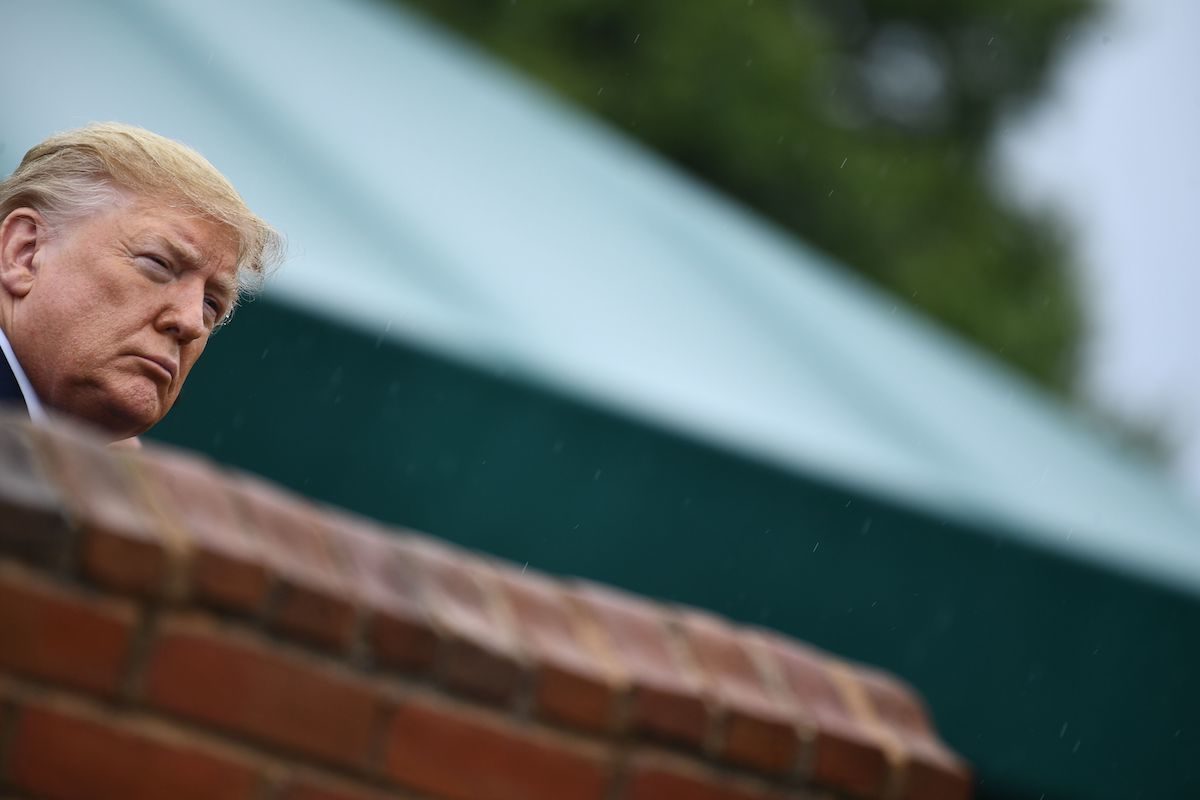 In an adapted excerpt from the forthcoming book Border Wars: Inside Trump’s Assault on Immigration, the New York Times published a disturbing account of Donald Trump’s attempts to speed up his immigration plan.

Trump ran on the promise that he would build a wall along the US/Mexico border. It’s a plan that the majority of Americans are against, and one that many of those who do support it see as moving too slowly. Some of his base has started to turn against him for what they see as a broken promise, and Trump himself doesn’t seem to have the patience to think of this as a long-term issue.

According to the Times, he had a number of far-fetched ideas he would pitch at Oval Office meetings.

“Privately, the president had often talked about fortifying a border wall with a water-filled trench, stocked with snakes or alligators, prompting aides to seek a cost estimate. He wanted the wall electrified, with spikes on top that could pierce human flesh,” writes the Times.

Before it gets deleted: A “Moot.” pic.twitter.com/12JtSmQhEE

‘Moot’ (n) : ⚖️ a deliberative assembly primarily for the administration of justice; especially : one held by the freemen of an Anglo-Saxon community

‘Moat’ (n) : 🐊 a deep wide ditch around the walls of a castle or fort that is usually filled with water

That’s obviously ridiculous, as is Trump’s denial that he would have considered this sort of thing, since he’s literally told us he’s considered some of these options.

A design of our Steel Slat Barrier which is totally effective while at the same time beautiful! pic.twitter.com/sGltXh0cu9

Not all of Trump’s ideas are so laughable, though. In that same paragraph, the New York Times continues:

After publicly suggesting that soldiers shoot migrants if they threw rocks, the president backed off when his staff told him that was illegal. But later in a meeting, aides recalled, he suggested that they shoot migrants in the legs to slow them down. That’s not allowed either, they told him.

Trump had to be told that border agents aren’t allowed to shoot people, and then he came back with but what about just in the legs? That’s monstrous. And as Trump was denying the moats and the moots and the snakes and the alligators on Twitter and in his press conference with the Finnish President (although he mistakenly called it a Washington Post article and then railed against the Post for being a fake newspaper that’s “owned by a rich guy for the purposes of giving him power”), it needs to be noted that he never once denied the part about wanting to shoot immigrants.

Maybe that’s because it happened, or maybe it’s because Trump is more offended by the idea of looking silly than he is by looking like a murderous ghoul. Who can say?