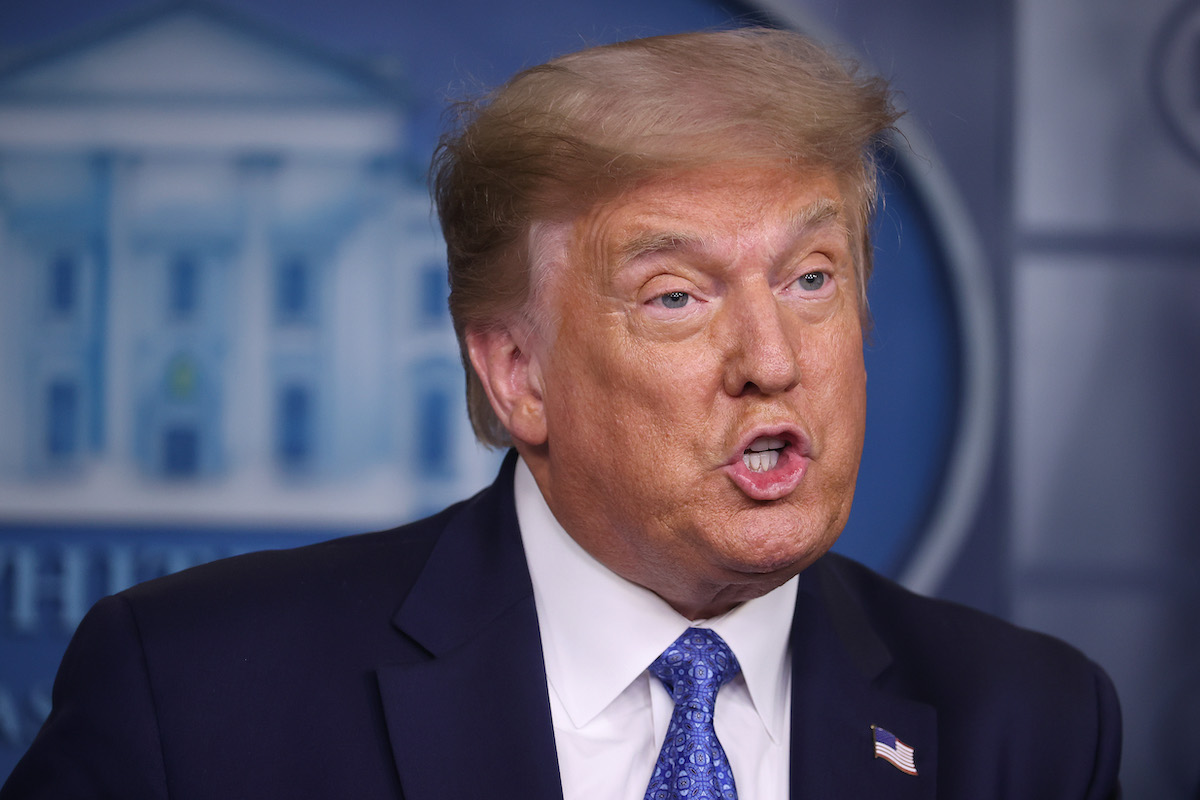 All month, Donald Trump has been bragging to Fox News about how he once passed a basic cognitive test.

The first time he brought it up with Sean Hannity, it was strange. He broached the subject unprompted as a way to call Joe Biden’s mental acuity into question.

“I actually took one when I—very recently, when I—when I was—the radical left were saying, is he all there? Is he all there? And I proved I was all there, because I got—I aced it. I aced the test,” he said.

(By the way, he says he took that test “very recently” but in another interview, he says it was administered by a doctor who hasn’t practiced medicine since 2018. Just add that to the pile of oddities that we’re about to dive into.)

Trump went on to say that he thought Biden “should take the same exact test, a very standard test. I took it at Walter Reed Medical Center in front of doctors,” he said. “And they were very surprised. They said, ‘That’s an unbelievable thing. Rarely does anybody do what you just did.’ But he should take that same test.”

The thing about the Montreal Cognitive Assessment, or MOCA, which is what Trump took, is that it’s really weird to brag about “acing” it and even weirder if doctors are “surprised” that he passed. The MOCA is not an IQ test. It’s a brief, basic 10-minute test meant as a screening tool to assess the need for further testing.

It should not be at all difficult unless the person taking it is exhibiting signs of cognitive decline, as with dementia, brain tumors, or head trauma. So in boasting about having passed the test but still finding it difficult, it seems to actually indicate that Trump might be showing such signs.

Trump brought up the test again in an interview with Fox News’ Chris Wallace last week and Wallace pushed back, telling Trump that he took the test to see if Trump’s claims about it being difficult were true. They were not.

“It’s not the hardest test,” Wallace said. “It shows a picture and it says, ‘what’s that,’ and it’s an elephant.”

I’m a psychologist. I’ve administered this test (the MOCA) hundreds, if not thousands of times. Let me tell you, bragging about acing this test is the equivalent of bragging that you tied your own shoes this morning. https://t.co/ldzfcq9RGk

You can see a version of the test here and see for yourself that they are not at all difficult (again, for a person with no cognitive impairment). The last five questions include basic word association, repeating a sentence, stating the date and day of the week (which, okay, is genuinely hard these days when time is meaningless), and delayed recall, which Trump tried to defend in yet another Fox News interview.

TRUMP: I asked the doctor, I said, ‘is there some kind of cognitive test that I could take?’ … the last questions are much more difficult. Like a memory question. You’ll go ‘person, woman, man, camera, TV.’ So they say — ‘can you repeat that?’ … for me it was easy.” 😳 pic.twitter.com/pCKYoNy3BH

Speaking to Dr. Marc K. Siegel, a medical analyst for the network, Trump again described at excruciating length asking doctors if he could take a cognitive test to own the libs, and how very impressed they all were by the results. He focused mostly on that delayed recall, where a person is asked to say a series of words and then repeat them again at the end of the test. “Person, woman, man, camera, TV,” Trump said, during his interview with a person/man, in front of a camera, for TV.

Trump’s repeated bragging about passing a basic cognitive test is so strange. The fact that he genuinely doesn’t seem to understand the purpose of the test and how it has absolutely nothing to do with intelligence is worrisome. But probably worst of all is how he keeps framing this test as something to be proud of (or embarrassed by if you don’t “pass”), as well as the way in which he tries to make it a political issue. The MOCA test is a cognitive health tool and all he’s doing is casting it in partisan stigma.

“The way our president is having a conversation about mental health is not helpful,” said Dr. Jason Karlawish, a dementia researcher at the University of Pennsylvania’s Perelman School of Medicine

“You would think he would understand clearly what the test result was and why the test was done,” Dr. Karlawish said, “and not turn it into a competition about mental health.”

By the way, later in that same interview with Siegel, Trump repeated a bunch of horrible COVID-19 talking points, including saying testing was “overrated” and suggesting once again that it’s a political hoax, saying “Watch, on Nov. 4, everything will open up.”