Donald Trump Jr. Spent $75000 of Our Tax Money & Got Special Treatment to Go to Mongolia and Kill an Endangered Sheep 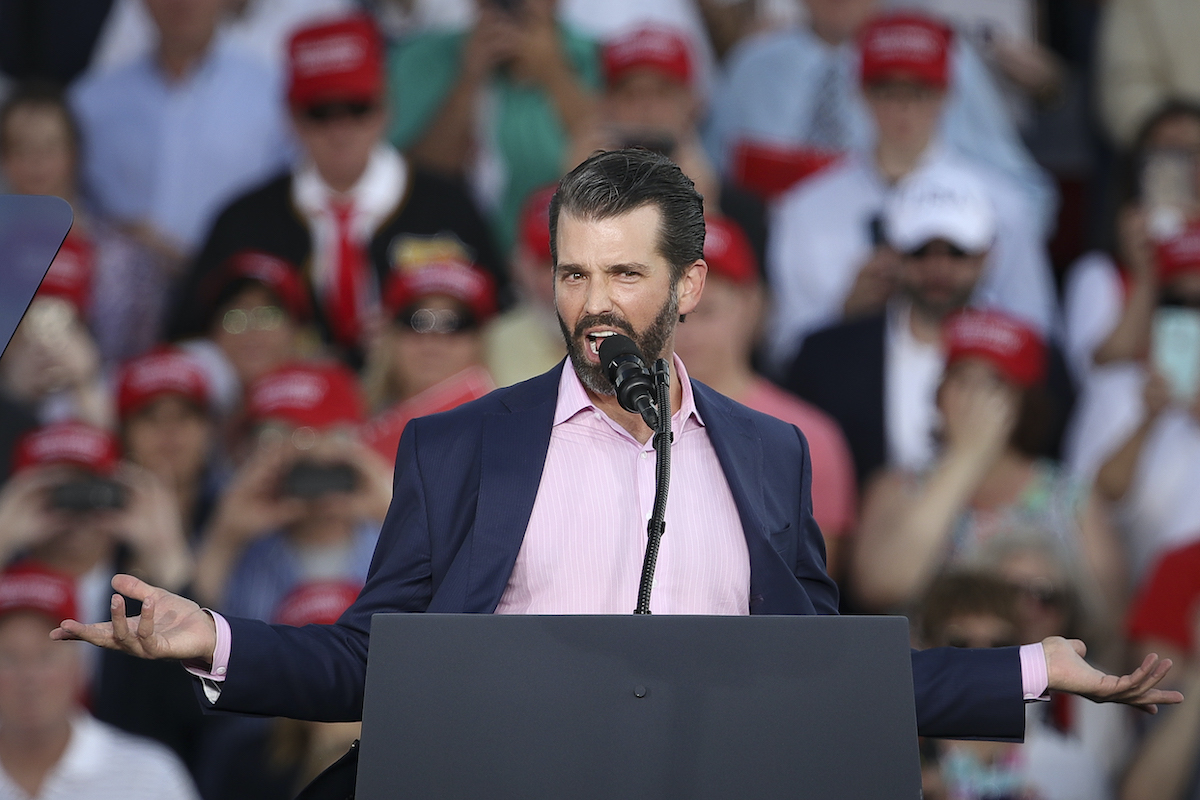 The argali of the west Asian highlands is the world’s largest species of wild sheep. It’s known for its incredible curved horns, which can grow upwards of six feet long. Trump’s decision to travel to Mongolia to hunt one was sketchy and awful for so many different reasons.

First of all, again, this animal is listed as a threatened species under the U.S. Endangered Species Act. Permits are occasionally issued for the ability to hunt them, both to (theoretically) control the population (the benefit has been heavily disputed) and to bring in money for conservation efforts, since those permits are wildly expensive–usually $24,000 to $50,000.

Trump’s permit, though, was issued retroactively a few weeks later, after he’d left the country entirely. Meaning when he killed the sheep, it was an illegal act.

There’s also the issue of using taxpayer money for the trip. The Trump family requires Secret Service protection for trips like these–even those who aren’t official government employees, and that’s standard for Presidential families. But the documents originally released stated a Secret Service cost of about $17,000 for the trip. In reality, the cost was closer to $77,000.

And as the Citizens for Responsibility and Ethics in Washington (CREW) reports, the Trump family is taking roughly 12 times the number of protected trips than the Obamas did, to the extent that Congress has had to increase the Secret Service’s budget. If $75,000 is the cost for just one trip with only one family member, how much have we all had to pay overall?

Making all of this even shadier, Don Jr.’s spokesperson told political watchdog ProPublica that this trip was purely personal. “He purchased the seven-day Mongolian hunting trip at a National Rifle Association charity auction before his father announced his candidacy for president in 2015, the spokesman said, and flew commercial in and out of the country,” they write.

And yet for a “purely personal” trip taken by a man who doesn’t officially work for the White House, Trump engaged in a lot of political activities.

For starters, the hunting trip was organized by a member of the Mongolian president’s political party, who himself described the process of getting an argali hunting permit “very political.” As ProPublica writes, “The right to kill an argali is controlled by an opaque permitting system that experts say is mostly based on money, connections and politics.”

Trump Jr. was also joined on his vacation by an unnamed major Republican donor.

The trip came just a week after a White House meeting and “high-level government discussions” between U.S. and Mongolian officials. And just because Jr. doesn’t work at the White House doesn’t mean it isn’t seen as a conduit for currying favor with his daddy. But I’m sure the special treatment he received in Mongolia was just a coincidence, right?

So there you have it. We all paid $75,000 to send Donald Trump’s son (and grandson and some random rich Republican) to Mongolia to kill an endangered animal and parade around like a governmental big boy.