Plus, some super shady Ivanka news. 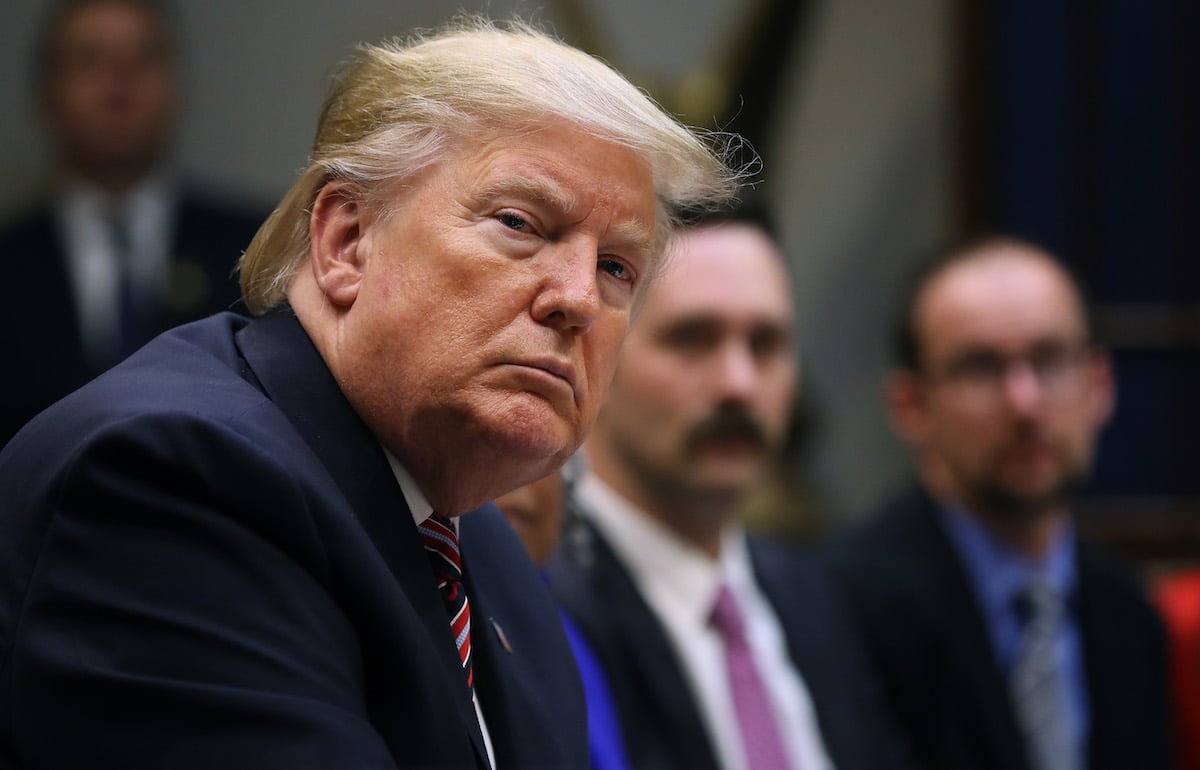 Justice Department inspector general Michael Horowitz has released his long-awaited report on the FBI’s investigation into possible coordination between the Trump campaign and the Russian government leading up to the 2016 election, and Donald Trump is not happy with the result.

The gist of the report is that, while there were “serious faults” with the investigation, there was no political bias behind it, as well as no illegal spying by the Obama administration—a conspiracy theory Trump himself has long been pushing.

So, Trump is angry because the DOJ’s report doesn’t say exactly what he wanted to hear and because FBI director Christopher Wray isn’t spinning it in his favor. In an interview with ABC, Wray expressed remorse over the missteps but said it was “important that the inspector general found that, in this particular instance, the investigation was opened with appropriate predication and authorization.”

Since loyalty and praise are far more important to Trump than actual facts, he’s lashing out.

I don’t know what report current Director of the FBI Christopher Wray was reading, but it sure wasn’t the one given to me. With that kind of attitude, he will never be able to fix the FBI, which is badly broken despite having some of the greatest men & women working there!

That use of the word “current” to describe Wray’s position sure feels foreboding. Before Wray, James Comey had that job, and we know how that turned out when Trump didn’t get the sort of blind loyalty he wanted from him. There seems to be an implication that Wray—who Trump himself appointed to this position—may now be on his way out, as well.

“Spygate” wasn’t the only conspiracy theory refuted in the Horowitz report. Trump has also long claimed that the infamous Steele dossier—the private intelligence report from late 2016 exploring the connections between the Trump campaign and the Russian government—was a “political witch hunt.”

Trump has repeatedly attacked Christopher Steele, a former British intelligence agent and the person behind the report. Trump has called him a “Trump hater” and a “foreign agent, paid for by Crooked Hillary and the DNC.”

It is true that a law firm representing both the Clinton campaign and the DNC hired the private research firm Fusion GPS to do the opposition research on Trump’s relationship with Russia, but Steele has always insisted that he didn’t know that for months after he began compiling information.

That claim is supported by the new Horowitz report, which quotes Steele as saying that “if anything he was ‘favorably disposed’ toward the Trump family before he began his research.” That’s because he had “been friendly” with an unnamed member of the Trump family who has turned out to be none other than Ivanka, eldest daughter and unqualified senior advisor to Donald Trump.

Doesn’t that seem like something someone should have mentioned during all those months of accusations of partisanship? Hmm.

Ivanka and Steele reportedly met at a dinner in 2007 and kept in contact for years. Steele visited Ivanka at Trump Tower, and there was apparently discussion of him coming to work for the Trump Organization, although he describes their relationship as “personal.” He also once gifted her a family tartan from Scotland.

That sure is a curious person to start a “witch hunt.”

There must be a mistake. Otherwise it means Ivanka stayed silent rather than tell the truth about her relationship with Christopher Steele. https://t.co/cy97rwbVRz