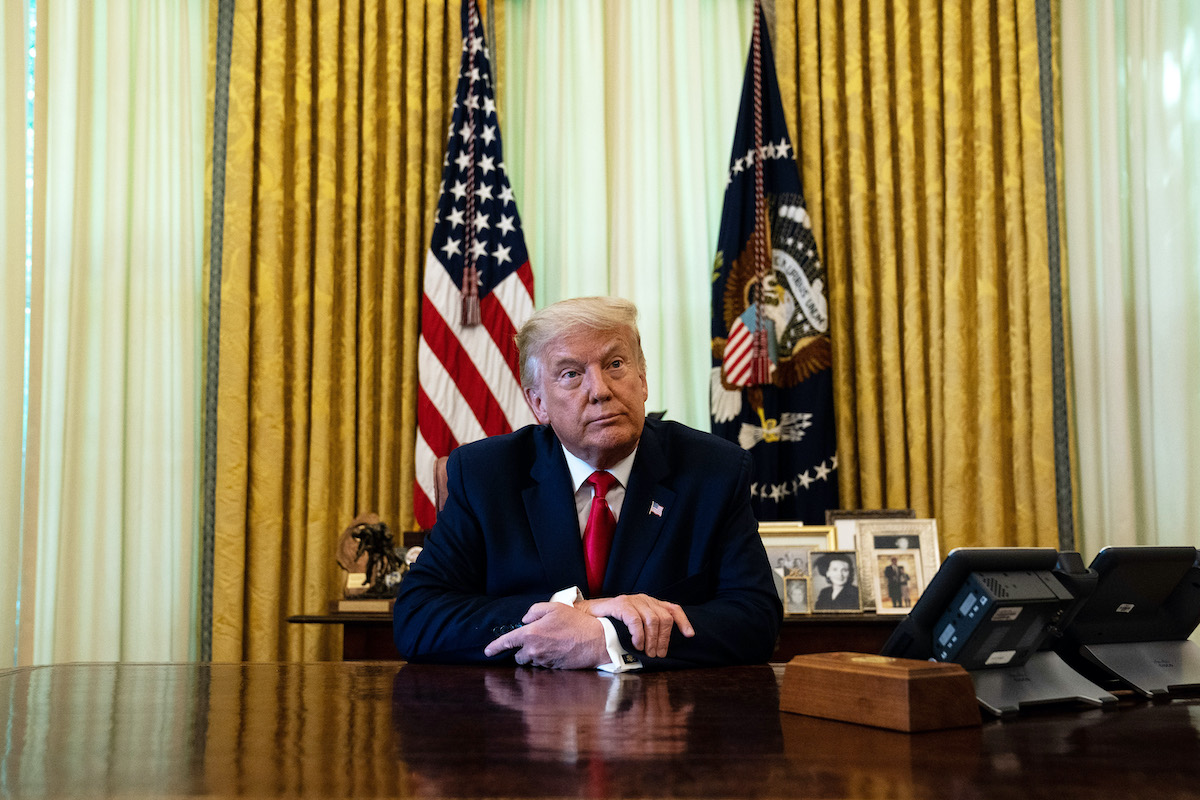 Donald Trump is constantly accusing Democrats of hating the military, hating the flag, hating the country when in reality, it’s all too clear that he himself couldn’t care less about any of those things. That’s never been more obvious than in the last 24 hours, with the release of a report from The Atlantic in which Trump is accused of calling fallen US soldiers “losers” and “suckers” (which he has since denied). It also came out today that the Trump administration ordered the defunding of Stars and Stripes, a 159-year old daily newspaper for American troops.

Trump hates the press, so it’s not totally surprising that he would want this paper to be shut down. While it is is a product for the military, Stars and Stripes is only partly funded by the Department of Defense and maintains editorial independence, something Trump has shown he just can’t stand in media.

So I just want to note how important it is, that a US military newspaper that actually has published dissenting voices in its paper since the Civil War is being ordered by the Trump administration to shut down https://t.co/MOYJmtLai4

every headline needs to explain that he’s doing this to eliminate dissenting voices from the military https://t.co/M2Y0iUp4KA

Maybe the only thing less surprising than Trump’s attempt to silence dissenting voices in the military is how quickly he turned around and tried to spin the move to make him look like a hero once it was revealed what a monster he’s being.

Trump has been doggedly working to establish himself as the “law and order” president (by which I mean he attacks Black Lives Matter protesters whenever he can and tweets the words “LAW AND ORDER” in all caps a few times a week). He desperately needs the military vote in November and calling them “losers” and taking away a historic outlet doesn’t make him look great.

After USA Today published the report of the Pentagon memo announcing the defunding of Stars and Stripes, Daily Show head writer Dan Amira tweeted: “Save this tweet: Trump will come out within the next 48 hours and play the hero by calling for Stars and Stripes to be saved, while tweeting something like ‘Nobody supports our troops more than Trump!'”

Save this tweet: Trump will come out within the next 48 hours and play the hero by calling for Stars and Stripes to be saved, while tweeting something like “Nobody supports our troops more than Trump!”

It took three and a half hours.

It’s a gift and a curse https://t.co/vrvO7IhqkG