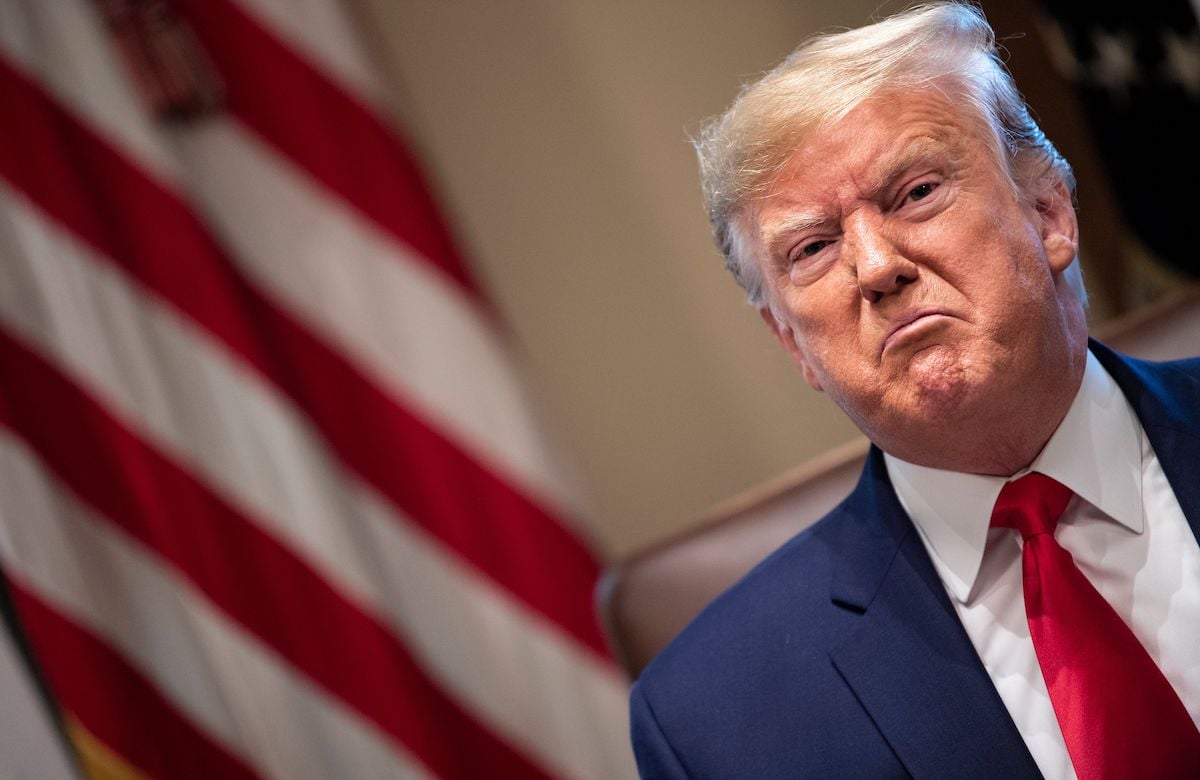 The number of COVID-19 cases in the United States has passed the four million mark, with tens of thousands of new cases diagnosed every day. Nearly 150,000 people have died from the virus in the U.S. alone. More than 50 million people have filed for unemployment insurance since the beginning of the pandemic and this past weekend, the extended $600 per week benefits ran out.

So what is Donald Trump doing? He’s whining on Twitter about how the platform is too mean to him.

So disgusting to watch Twitter’s so-called “Trending”, where sooo many trends are about me, and never a good one. They look for anything they can find, make it as bad as possible, and blow it up, trying to make it trend. Really ridiculous, illegal, and, of course, very unfair!

“So disgusting to watch Twitter’s so-called ‘Trending’, where sooo many trends are about me, and never a good one,” he wrote Monday evening. “They look for anything they can find, make it as bad as possible, and blow it up, trying to make it trend. Really ridiculous, illegal, and, of course, very unfair!”

I’m not sure who the “they” is in that accusation but it sounds like Trump doesn’t understand how algorithms work.

As you’d probably expect, a number of new hashtags and trending topics were launched after that tweet and they, too, were not “good ones.” #TrumpleThinSkin and #ThePresidentIsACrybaby both took off and it should go without saying but neither of those things is “illegal” to tweet.

Now Barr has to think of a statute Twitter’s “trending” feature is violating. https://t.co/50BjBJIlNo

Sgt. Friday (voiceover): Jack Dorsey was sentenced to 15 to 20 years in a federal penitentiary for the crime of making bad trending topics about the president.

In a time of historic national anxiety and unrest, it’s comforting to know that the president is focused like a laser on what’s important https://t.co/tV6T0eD1R1

Trump has been a frequent critic of Twitter, often (falsely) claiming that conservatives are censored on the site. After Twitter began flagging a few of Trump’s tweets with fact-checking, he accused the platform of “political bias” and signed an executive order removing some legal protections for social media sites, allowing them to be subjected to civil liability suits for posts made by individual users.

“As President, I have made clear my commitment to free and open debate on the internet,” the order reads. “Such debate is just as important online as it is in our universities, our town halls, and our homes.  It is essential to sustaining our democracy.”

I guess that “free and open debate” is only essential when it’s nice to Trump. Shocking, I know.