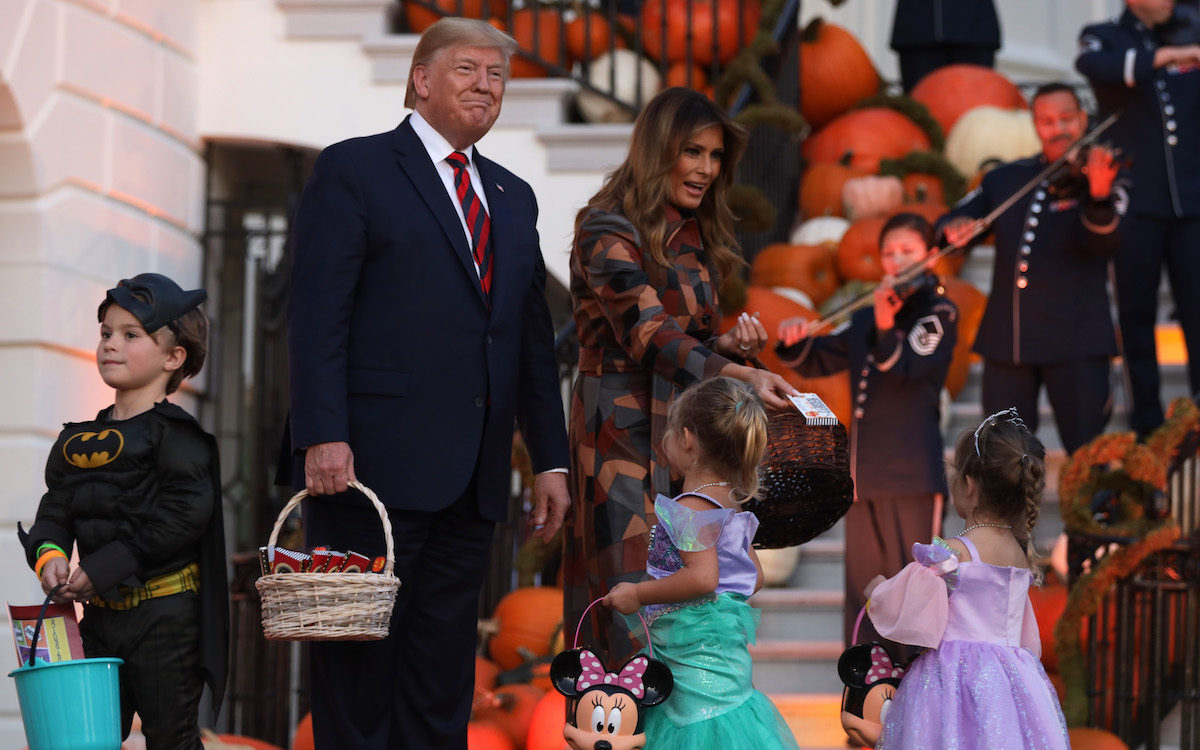 First of all, I don’t know why they even bothered getting new decorations, since nothing could be spookier than the ones they use at Christmas.

President @realDonaldTrump & @FLOTUS are ready for the trick-or-treaters to arrive! 🎃 pic.twitter.com/rVk6Xp1ibw

Why do the White House Christmas decorations look like the stick labyrinth at the end of Season 1 of True Detective pic.twitter.com/jl0mHJjgRb

There’s video of the couple handing out candy to the line of children filing past them and for the most part, it’s fine. Trump mostly looks bored and uncomfortable, but then one kid dressed as a minion comes up for candy and he foregoes all pretense of trying to act like a regular non-terrible human man for one night.

Some days I wonder if I’m too harsh to Trump, but then I see videos like this…what a weirdo. pic.twitter.com/yCAglQm66k

I cannot stop watching this video. I think something in my brain is trying to figure out what could be going on inside someone else’s brain to make them act like that. Why would he think it would be fun or funny to put candy on top of a kid’s costume, out of reach? Why, after the candy slid off, wouldn’t he replace it in the kid’s basket? Why did Melania copy him? And why does he straight-up ignore that little Spider-Man?

Is being a mild jerk to a trick-or-treating child the worst thing Trump has done? Obviously not, nowhere close. But it’s often how people act in these small moments that shows us who they are the most, and this was an unnecessary reminder that Trump is, at his core, just a total jerk who has definitely never taken his kids trick-or-treating ever in any of their lives.