Donald Trump Thinks We’d Be Bored by a Biden Presidency? I Assure You, We’ll Manage 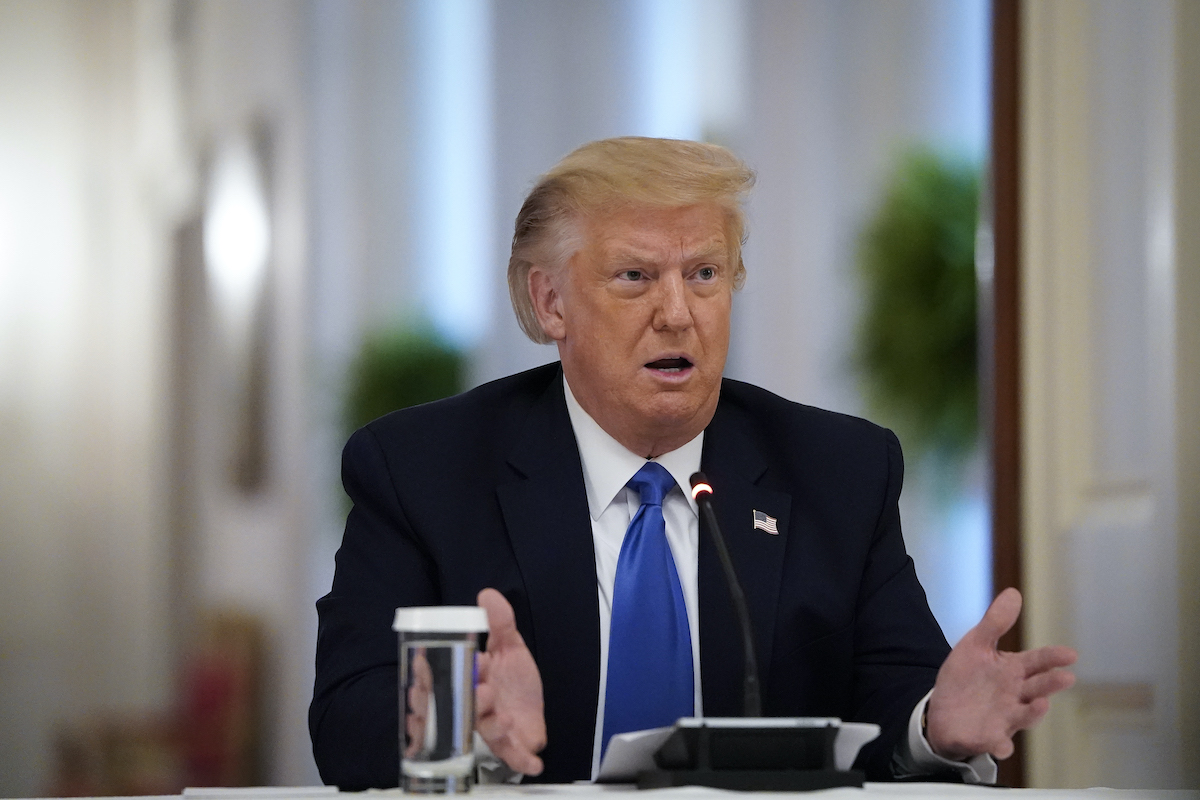 Donald Trump has always treated the presidency like a reality TV show. He’s obsessed with ratings and frequently uses them as a way to attack people and networks that are critical of him or to offer praise to those who suck up to him. For example:

He views high television ratings as a sign of validation and even quality. To him, high ratings = high approval. Even more, he’ll project that view onto his perceived critics, assuming his high ratings equal disapproval of them.

Because the “Ratings” of my News Conferences etc. are so high, “Bachelor finale, Monday Night Football type numbers” according to the @nytimes, the Lamestream Media is going CRAZY. “Trump is reaching too many people, we must stop him.” said one lunatic. See you at 5:00 P.M.!

Trump has always been ratings-obsessed, but what’s really strange is that he seems to think the rest of us are equally invested in his ratings. He retweeted a video Monday morning from his director of social media Dan Scavino. It’s a weird one, though totally representative of the kind of crap Scavino likes to post. The video shows Joe Biden mumbling to reporters, overlain with old-timey music and a random shot of birds, all designed to make Biden look … boring, I guess.

Trump captioned the video: “Is this what you want for your President??? With no ratings, media will go down along with our great USA!”

Is this what you want for your President??? With no ratings, media will go down along with our great USA! https://t.co/dtJm3J2BPr

It’s not clear who the “you” is in this tweet, and I’m sure Donald Trump didn’t actually take the time to decide himself. He is constantly attacking media outlets and the concept of the press in general so I imagine that he thinks “you,” the general public, actually would like it if the media as a whole were to go under.

So is “you” the media itself? He seems to be saying that the media needs him because his perpetual awfulness is what gives them an audience. It’s not a new idea—for years, people have been questioning whether Trump is actually good for comedians, journalists, and the like—but it is as wrong as ever.

As someone in a niche little corner of said media, I can assure you, we will be fine without Trump. We long for it. Please, give me a more boring job. Give me a day when Donald Trump isn’t using Twitter to be racist or incite violence or spout full-on dictator rhetoric.

The Silent Majority will reign!

Also if Trump thinks Biden wouldn’t give reporters plenty of opportunities to be aggressively critical of his politics, he’s paying as little attention to public opinion as he appears to be.