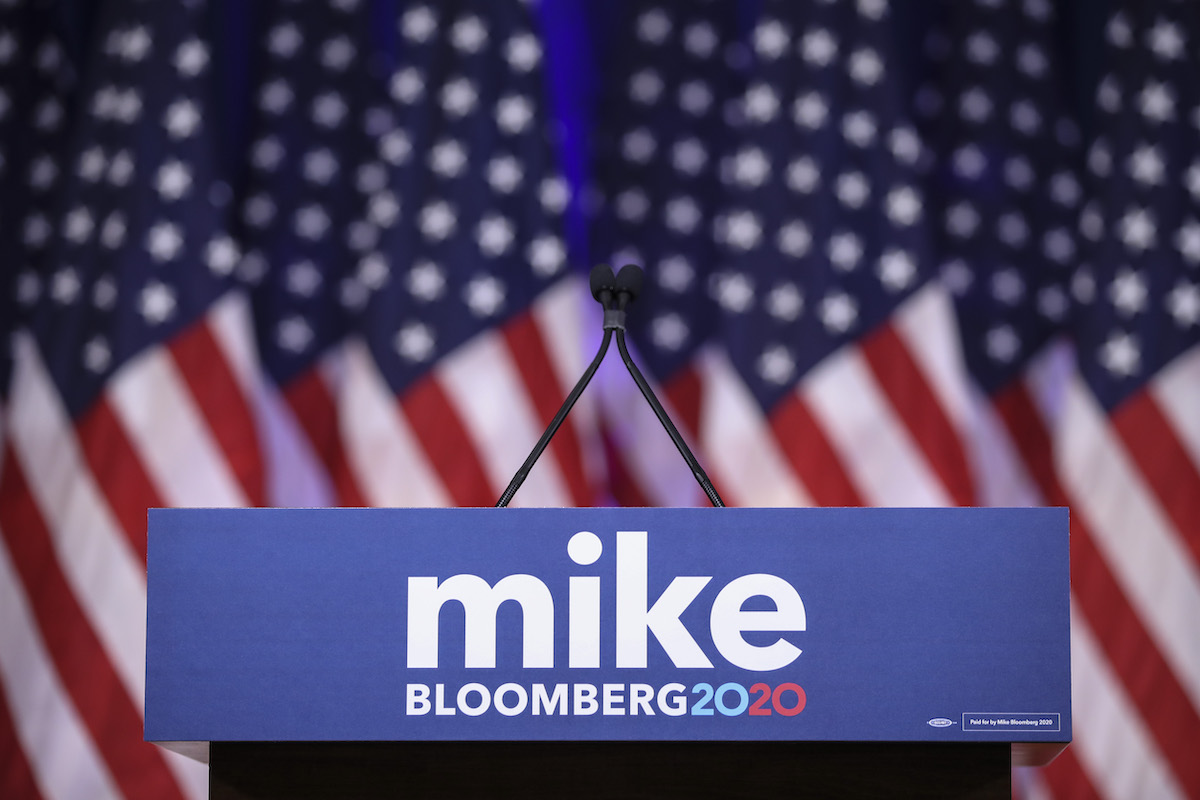 Donald Trump’s re-election campaign has said it will no longer be giving press credentials for rallies and other events to reporters from Bloomberg News now that the outlet’s founder, Michael Bloomberg, has entered the 2020 Democratic primary race.

The decision came after Bloomberg News made their own announcement that the paper will not publish investigative stories about Bloomberg or any of the 2020 candidates. This was, apparently, already their policy for Bloomberg himself. It’s company policy not to investigate him, his family, his immense wealth, or matters regarding the outlet itself. (This, the company claims, is for “independence,” not censorship.) And now that’s how they’ll be treating Bloomberg’s Democratic opponents.

In response, the Trump campaign is refusing to let the outlet have access to his events. They say this is because the decision not to investigate Democrats shows “bias.”

In a statement, Trump’s campaign manager, Brad Parscale, said, “The decision by Bloomberg News to formalize preferential reporting policies is troubling and wrong. Since they have declared their bias openly, the Trump campaign will no longer credential representatives of Bloomberg News for rallies or other campaign events.”

This makes no sense. If Bloomberg were to win the Democratic primary (*dies laughing*), and the outlet didn’t apply the same standard to Trump as they did to their owner, then I could see the problem. As is, Bloomberg is running on a platform centered around the need to defeat Trump (and also not letting Warren or Sanders take all his money) but as far as I can tell, the billionaire’s eponymous outlet didn’t even cover his announcement of entering the race. Because, again, they’re not really covering any Democrats beyond the lightest of stories. They do cover Trump extensively because, as editor-in-chief John Micklethwait puts it, he and his administration are “the government of the day.”

Still, I do get why this campaign wouldn’t want the outlet owned by a man dedicated to bringing Trump down to cover their events. (It seems like an actual violation of the media’s First Amendment rights, but I get it.) But if we’re going to be talking about media bias and an even playing field, then theoretically, Trump should have denied access to the Kushner-owned Observer a long time ago.

Jared Kushner stepped down from The Observer back when his father-in-law took office, but 1) He handed it off it to his brother-in-law so no one believes he’s legitimately divested, and 2) That means Kushner still owned the paper all through Trump’s campaign–which you could definitely see in their coverage and related news.

Honestly, I don’t like Bloomberg’s decision. I don’t know what possible point a hard news site can serve in this era if they’re not willing to seriously investigate political figures and powerful billionaires–even if that includes its owner.

Rolling Stone’s Matt Taibbi put it well when he wrote, “If Mike Bloomberg had any respect for the news business he would encourage his editorial staff to kick him in the balls at every opportunity. Either that, or he would sell his media business. Or not run for president.”