Scientists Have Built a Harness for Dogs to Communicate With Humans 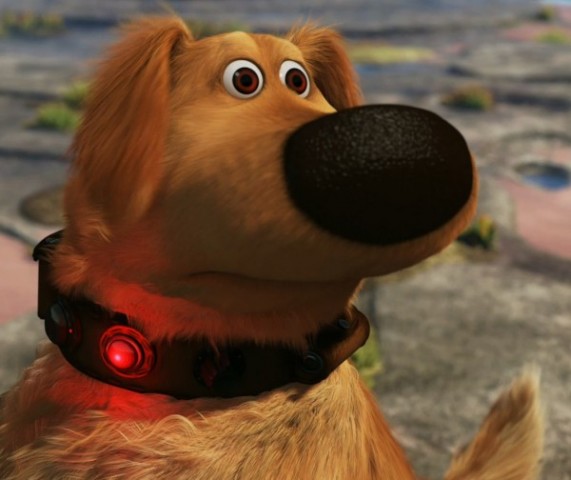 Scientists at North Carolina Stat University are bringing the dream of talking to our pets closer to reality with a harness that bridges the communication gap between dogs and humans.

Actually, this new harness is a bit inferior to the technology of Up, because it reads the dog’s posture and behavior to relay information to its humans instead of translating the dog’s brain activity into speech. Still, it’s superior in that it actually exists, so at least there’s a bright side.

Although, as NC State’s Dr. David Roberts explains in their news post, most canine communication is done through body language anyway:

Dogs communicate primarily through body language, and one of our challenges was to develop sensors that tell us about their behavior by observing their posture remotely. So we can determine when they’re sitting, standing, running, etc., even when they’re out of sight—a harness-mounted computer the size of a deck of cards transmits those data wirelessly. At the same time, we’ve incorporated speakers and vibrating motors, called haptics, into the harness, which enable us to communicate with the dogs.

This two-way communication made possible over great distances by computers could help with rescue missions. Instead of waiting for Lassie to come all the way back home to ask her,”Did Timmy fall down the well?” She’ll be able to radio in, let you know Timmy’s location and how grim the situation looks, and provide information with additional sensors for hazards like gas leaks to make sure your accident-prone children return home safely.

But the research team isn’t going to let rescue workers have all the fun. While the current harness works, it’s just a proof of concept for smaller, less bulky future devices that could be used by just about anyone. Roberts told The Daily Dot, “I hope the next few years will see a rapid maturation of these types of technologies and that we’ll begin to see commercial products that enrich our relationships with our canine counterparts in a positive and fun way.”