Does Donald Trump Know This Is Not 'Star Trek'? | The Mary Sue

Does Donald Trump Know This Is Not Star Trek? 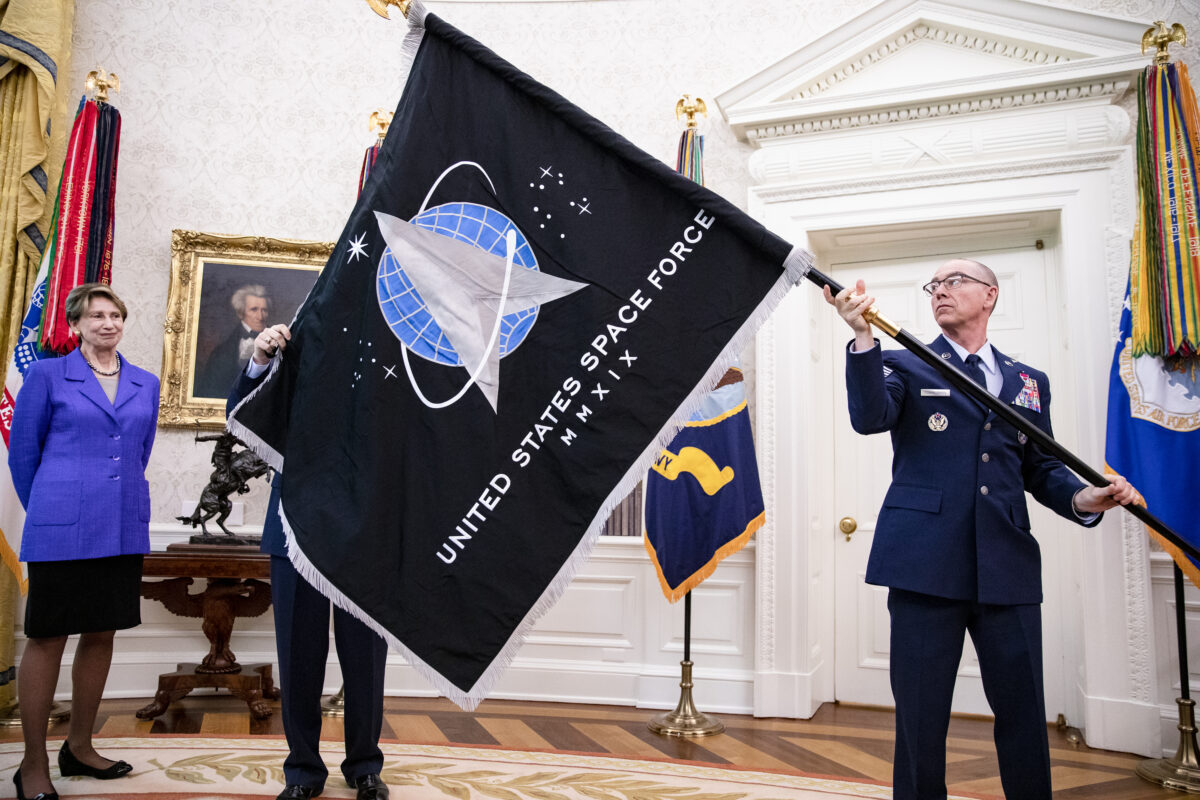 While the symbol for Trump’s idiotic “Space Force” has been out for quite some time, you’d think someone would have said “No you can’t use the Starfleet Command symbol, President Trump” since then. Some fans even wanted Paramount to sue for infringement when the logo was first revealed in January. Alas, that didn’t happen, and today the White House showed off the official Space Force flag. The president also talked about the leaders for his “Operation Warp Speed.” It’s apparently Star Trek day in an administration that is the antithesis of Star Trek’s vision.

First of all, Gene Roddenberry’s ashes are going to zombify themselves and march into the White House and start screaming soon. Second, why is no one stopping this admin from using the Starfleet logo or lingo that has been now made famous from the franchise? Why would Trump even want any association with Star Trek?

I don’t want to be that nerd who pushes up my glasses and stomps my feet because Trump is referencing something I dearly love, but the White House using words and signs that are very much from Star Trek is wildly ironic. Especially because of the utopian vision of the future that Star Trek puts forward and how Trump is literally the opposite of that.

Space, the final frontier, was about exploration and discovery, with many worlds uniting as one Federation. Roddenberry envisioned a future where things like race, gender, or even what planet we came from wouldn’t be used to disadvantage others. Trump wants to build a wall that’s an actual physical embodiment of xenophobia and hatred, and his disrespect and distrust for science is currently damning our country. Imagine Spock talking to Donald Trump for any length of time; it’d end with Spock’s eyebrow rising so far it would disappear clean off his forehead. Bones would yell at Trump a lot.

They can’t even open the damn flag for a photo op.

Space Force off to a great start pic.twitter.com/C7byMACnGz

And don’t even get me STARTED on Operation Warp Speed which should just be called “How fast can we kill more Americans?”

CBS needs to sue someone. pic.twitter.com/sGWQr5F2yT

I can’t get over how the Trump Administration straight up stole the Star Trek logo for Space Force.

Hopefully we skip the nuclear war part of the Trek timeline and go straight to futuristic utopia.pic.twitter.com/78VwwmLB06

Star Trek fans do not deserve this. No one deserves this.