Doctor Who Producer: I “Defy Anybody” to Figure Out Who Clara Really Is 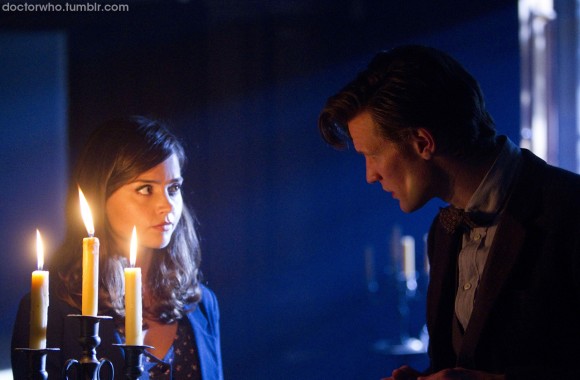 “What’s lovely this year is that we’ve also got a thread running through these eight very different, very exciting stories – the mystery of Clara.

She’s the impossible girl. The Doctor has met her twice before and both times she died. This time he’s determined to keep her alive and to discover who or what she really is.

It’s a riddle that won’t easily be cracked. I defy anybody to guess it. Steven Moffat has found a way to lead everybody down the garden path and then knock them over with surprise at the end.”— Doctor Who producer Marcus Wilson challenging fans to uncover the true identity of the Doctor’s newest companion.

I don’t know, Mr. Wilson. Doctor Who fans can be pretty clever. I think someone might figure it out. Maybe someone already has. I for one quite like this theory.