New Who Doctors Getting Together to Discuss Their Legacy Was a Delightful, Silly Mess 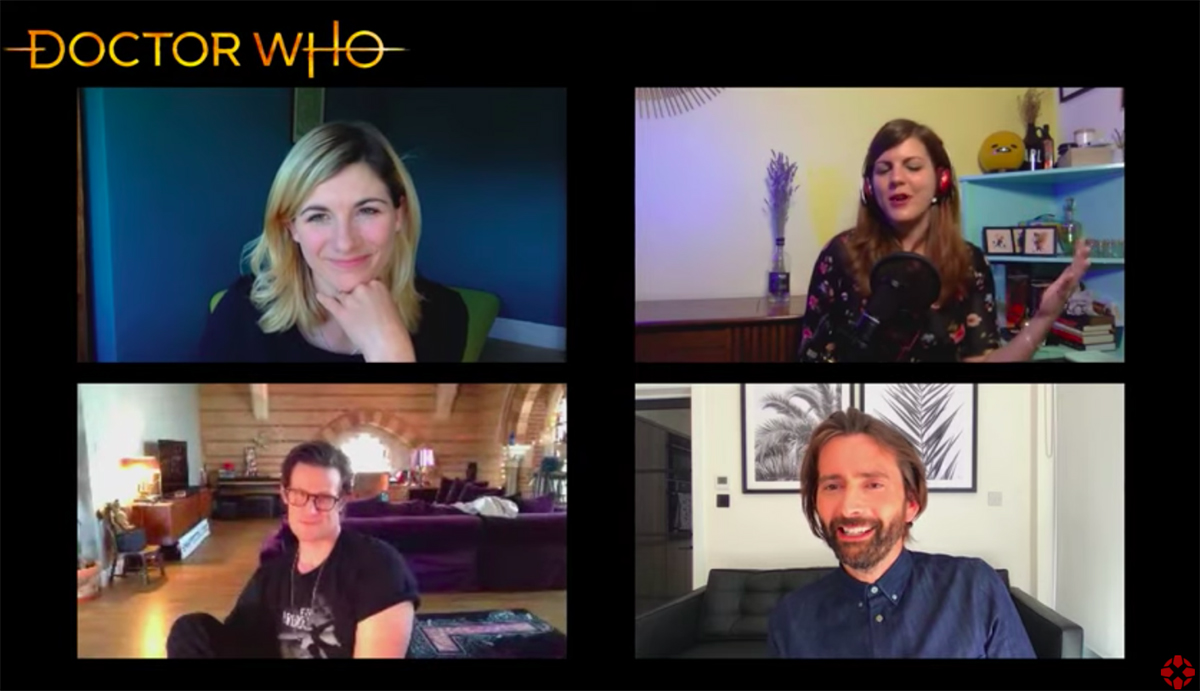 Doctor Who is a show about legacy. There’s no way around it. Whether you’re a fan of “New Who” or “Classic Who,” the show has a built-in fanbase that will have opinions. So, when Terri Schwartz talked with David Tennant, Matt Smith, and Jodie Whittaker about first taking on the mantle, their answers were a mixed bag of emotional tidbits and … sharing how everyone wants Ben Whishaw to play the Doctor.

Dedicated to the release of Doctor Who on HBO Max, three of the five “New Who” Doctors sat down for a chat with IGN’s Terri Schwartz, and it was just about as chaotic and wonderful as you’d expect a conversation with three Doctors to be.

David Tennant made a wonderful point about the show and its legacy when asked about the difference the show made in the lives of those who took on the Doctor:

There’s what you expect and then there’s what it actually feels like, I suppose. I mean, I think, growing up Britian, you’re very aware that Doctor Who has been ubiquitous for all of our lives, even when it wasn’t TV. It was still one of those cultural things that was just kind of around. In a way that’s started to spread around the world now but certainly when I was young.

The three went on to talk about the importance of this character to fans, with Smith commenting on the time someone shouted “Don’t break Doctor Who” at him, and then Whittaker pointed out that a younger female fan approached her and said she wished it was Ben Whishaw. That, in particular, is so funny to me (and clearly David Tennant, as well) because … yeah, we all do wish Ben Whishaw would play the Doctor. Maybe that’s just because I love Matt Smith’s Doctor the best, but now isn’t the time to get into that.

What we did learn, however, is that David Tennant’s children have a TARDIS, Jodie Whittaker hoards Funko Pops of herself, and Matt Smith just has the heads of Cybermen on his bookshelf?

“No, but I do like them,” Smith said when asked about his parting gift of Cybermen heads and whether or not they were his favorite villains. And … that’s pretty much all you need to know about the joyous mess this all is. Part of the excitement about the Doctor as a character is that the Doctor jumps from one thing to another in the span of about twenty seconds.

You never know where the Doctor is going next, and so it’s fitting that the three actors who helped to bring the character to life are equally as bubbly and fun to chat with.

David Tennant, when asked about his favorite episode that would be a way of “defining” his run as the Doctor, had a beautiful response about this show:

I really have a sort of … I feel like it’s wrong to choose ones out. Because I have such vivid memories. Unlike doing any other type of series where one episode sort of bleeds into another, because every Doctor Who story is so specific and different with a different cast and a different set and a different world, I feel quite disloyal if I chose any as a favorite or a preferred one. So I kind of have an instinctive aversion to doing it really.

The beauty of Doctor Who is its willingness to tell stories from history we might not know or bring new life to historical figures and people in an educational way. It’s why the show began all those years ago in the first place, but the legacy doesn’t come from just those episodes (though episodes like “The Girl in the Fireplace,” “Vincent and the Doctor,” and “Demons Of The Punjab” often stick out as incredible episodes), but instead comes from the characters we’re taking this journey on. And leading that charge? The Doctor.

If you haven’t watched the entire series, I highly suggest doing so on HBO Max. It’s one of my favorite shows, and I will cry about Matt Smith bringing up “Geronimo” for the rest of my days. (It’s my Doctor Who tattoo; let me be.)