UPDATED: MI-5 Star Will Guest On Doctor Who This Season 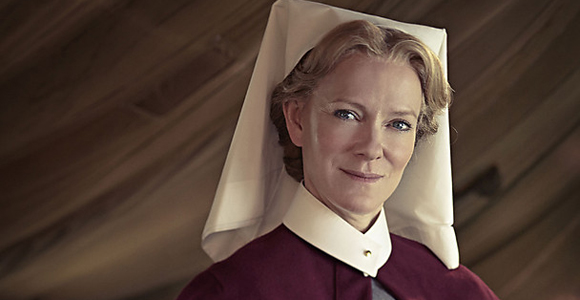 Hermione Norris, longtime cast member of MI-5 (Spooks), will get to act alongside Peter Capaldi on the upcoming season of Doctor Who.

The BBC announced Norris would have a role in the episode being written by episode is written by Jonathan Strange and Mr Norrell’s Peter Harness.

[UPDATE: Looks like we got two projects confused here. Norris will indeed be in Doctor Who, but “The Crimson Field” is another project in which she’ll star with Chaplin.]

Norris told the BBC of the opportunity, “It’s exciting to be part of such an iconic show, and one that my kids can watch!!!” Norris is actually the second MI-5 alum to join the cast this season. Keeley Hawes was also recently announced. Norris’ episode will also star Ellis George, Tony Osoba and Phil Nice.

Steven Moffat on Norris’ addition, “‘It’s a testament to the quality of Peter Harness’s intense and emotional script, that we’ve been able to attract an actress of the brilliance of Hermione Norris. And for the first time since 1984, the Doctor Who production team is heading to Lanzarote. The Doctor is returning to the scene of an old adventure – but there have been sinister changes since his last visit.”