Diversity in Entertainment and the Media: Then and Now, and How Far We’ve Come 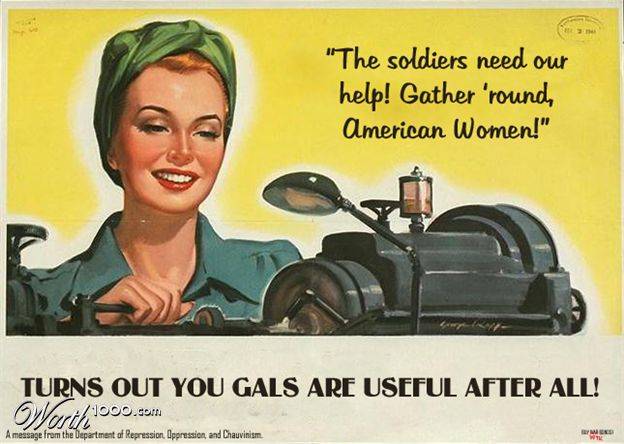 Advertising remains a trope-filled quagmire of Vaseline smiles, youthful visages airbrushed to babylike softness, and women folding all the world’s laundry, though I have hope for other forms of media. That’s not to say that we’ve progressed into a harmonious era where everything that crosses screen or page supports progressive beliefs.

As Paula Deen has shown us, we still haven’t learned from Laurence Olivier’s “blackface” foibles. Also recently, Mr. Cameron Crowe had a run in with race issues with his embarrassing casting decisions for Aloha. So, yes, while there are innumerable examples of people still putting their foot into the shit-pile of “how to encourage and represent diversity,” and of what humor is in good taste and what isn’t—Julianna Houghs of the world might want to take pause—there are also positive examples of trends that we should applaud and encourage.

We live in an age exploding with social freedoms and debates over fundamental civil rights and gender roles. We live in an age where diverse voices are so loud that they can no longer be ignored. Cultural norms have shifted away from a mid-century ideal. We—the socially conscious we, not Donald Trump and his ilk—have moved on, despite the dinosaurs who have dug in their talons/claws/what-have-you and are cantankerously waiting for the inevitable Ice Age of human transition to eradicate them.

A short history on my experience with pop/geek culture so that you might understand whence my opinions come. I’ve always loved and gravitated toward fantasy: comics, shows, books—the swords, the magic, and the epic acts of heroism. The burly, strong armed fellows, too, if we’re being honest. The tropes, however, pronounced themselves more and more as my values and perceptions grew. Eventually, as a gay biracial young man with an incredible female role model in my life—my mother, who was housewife, waitress, lawyer and single-mom superhero—there was understandably little content to which I could relate. When I hit my 30s, I simply didn’t have time for TV or pop culture. I put my comic books, pewter orc figurines, daydreams, and love of wizards in the closet of childish things, where I believed they belonged. (Dr. Strange, you beautiful incubus…) My mother got sick with a blood cancer, too, so my priorities were elsewhere. After her passing, and my emergence from a chrysalis of grief, brooding, and creation (I wrote a manuscript in there, somehow), I found myself in a strange new world.

Suddenly, there were all these shows with confident and capable women, or even gay, trans, or mentally diverse people (for example, United States of Tara). I’m a glass is half-full person, and as I look around the pop culture landscape, I feel we’ve entered a golden age of diversity. For every Donald Trump and Mike Huckabee, we have a black, trans woman role model like the inspiring, Laverne Cox. Realistically, a favorable balance hasn’t yet been achieved: of inspiring figures to assholes. However, what we’re seeing in pop culture today is vastly different and more inclusive concepts of family, sexuality and feminism than what existed even a decade ago.

I’d be remiss if I didn’t mention some of the forerunners of change, such as Queer as Folk—which recently had a cast reunion. I’d be twice as thoughtless if I didn’t thank that show for its success and support in my own life, since I had a few minor background and even speaking roles over the years (Harlequin and Hot Aussie were among my mostly nude and Emmy-winning performances—that’s sarcasm not hubris, just so we’re clear.) Even though Queer as Folk always felt like “queer lite” programming—especially when weighed next to the British version—the fact that a show like this was funded, existed ,and prospered for years speaks toward a trend.

Beyond the sexual diversity showcased in series like Queer as Folk, women are at last getting adequate and competent representation. If “gritty” is your thing, then check out the crime-stopping adventures of Scott & Bailey. Scott & Bailey does gritty well, since it has bite, hard-hitting situations, and emotional melees. ‘Gritty’ shouldn’t only be equated with softcore viscera-splattered erotica like Spartacus. Next up, we have Showtime’s Masters of Sex. Despite the primarily white cast—you can’t expect cross-ethnic diversity in certain white-centric period pieces—Masters of Sex plays a delicate and intriguing dance with issues of female sexuality and a fight for empowerment and education during an era where women were still very much encouraged to choose a broom over a scalpel. I’m also rather tickled that the talented Lizzy Caplan finally has a successful vehicle for her craft.

Furthermore, the show has a number of female leads that are certainly over the menopause hill and who are gorgeous, sexually active, and smart, which is a bit of an anomaly if you’ve been following the complaints from Hollywood actresses like Emma Thompson. If you’re looking for a similar, less tawdry exploration of women’s achievements during an oppressive era, Bletchley Circle is worth a watch. It’s like Nancy Drew, with rebellious women, smoking and a creep-tastic serial killer. And finally, we can look to the Wachowskis’ and Netflix’s rambling masterpiece: Sense8. Here, we have a smorgasbord of human drama, race, sexual-orientation, sex and class differences all stirred into a melodramatic stew. What other show has attempted [link NSFW] an 8-person, pansexual, trans-locational orgy that also manages to convey sentiments of love, purity, and grace?

Sense8 is a show that needs to be watched, because there’s little else out there that so strongly preaches messages of inclusiveness, acceptance, and hope.

I’m sure that there are other examples in pop culture, literature, and film that I’ve missed—comic books, advertising, and other forms of media still have some strides to make. Nonetheless, what can be seen in today’s market makes me even more confident that the impetus toward change has begun: there are progressive shows, books, characters, and ideas being pitched and created every day. New sites and meeting-spots like our very own The Mary Sue are contributing toward this emerging unification. Because we should not be singularly defined by the color of our skin, what does or doesn’t dangle between our legs, or what hand we’ve been dealt in life.

Why humans feel the need to classify and then compartmentalize and ostracize based on difference is a concept most foreign to me. I’m a child of diversity. I consider myself profoundly blessed to have known the many accomplished women—and men—in my life. I feel proud and happy that I am gay. For that, too, has given me another perspective and further insight into how to dismantle the false religion of hate. We need to support diversity, even if we don’t understand all of what we’re cheering for. We’re cheering for a world that is rich and vibrant with ideas. Opportunities that perhaps you may not appreciate, but someone else surely will: your child, a partner, a relative, a friend—or the ones who will follow in the next generations.

I think we’ll figure it out, how not to be such jerks—as a species, as a collective conscious whole. Until then, here’s a spine-tingling oration from Lily to get you mobilized, angry, and ready to break down negative social constructs. As Lily so expertly demonstrates in the clip, it turns out that gals are useful, after all.

Bestselling author of the critically acclaimed Feast of Fates, Christian A. Brown received a Kirkus star in 2014 for the first novel in his genre-changing Four Feasts of Darkness series. He also received a Foreward Reviews’ 2014 IndieFab Book of the Year Honourable Mention. Brown’s initial writing was inspired by his mother’s journey through cancer care. He continues to explore the intricacies of emotions, life, and death in Feast of Dreams. A lover of the weird and wonderful, Brown considers himself an eccentric with a talent for cat-whispering.