I Was A “Terrorist B*tch”: A Dispatch From Trump’s America 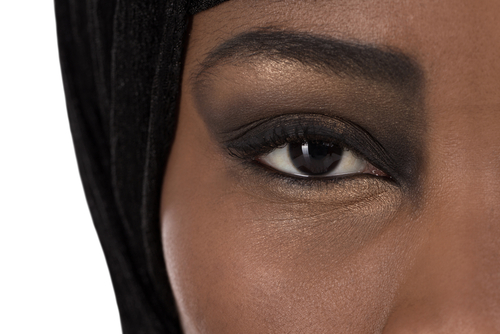 Admittedly, I am one of those people who thought it didn’t matter who the president was. The candidates were like Coke and Pepsi to me. I vowed not to vote for president in 2016. Neither Clinton nor Trump care about Black people enough to have fought for us over the last few decades. They both have problematic views on undocumented workers. By the time November 8th rolled around, I was just sick of seeing both their faces. Never mind the campaign promises and baby-kissing tours; we should have been paying more attention to the quiet conservatives lurking beneath the surface.

My condo is in a gated community. I work a couple miles away and on nice days, I walk. I typically see the same strangers everyday. I don’t remember any of their names. We greet each other and may occasionally comment on the weather, current events or how much we hate Mondays, but I wouldn’t go so far as to call any of them friends.

Some recurring characters are the sharply-dressed woman raising her grandchild, the friendly young Italian kid whose father owns the barbershop where I turn right to cut through the park in the fall and the older, gray-haired executive with weird teeth who always eyes his Tesla as he eats in front of Starbucks. The path I walk is close to the freeway, so cars often zoom by, creating white noise on my commute.

Shortly after the election results were announced, I read about women being assaulted by so-called “alt-right” extremists. I was concerned, but attributed it to actions of a few racist individuals and went about my day.

Last week, though, my usually uneventful walk turned into something completely different. I noticed a man slow his car down. Other cars honked at him and sped around to get on the freeway. Most women have experienced aggressive street harassment; I try to just wait the creeps out. But this was something different—I could feel him looking at me.

Finally, I glanced over just in time to hear him scream “Fuck you, you terrorist bitch!” I froze. He held out his middle finger and peeled off in the direction I was headed. I turned around and ducked into the gas station.

Let me back up.

I am a Muslim woman. Generally, I only wear my hijab during Ramadan or some other special time. I was not born a Muslim. The only reference I had to Islam growing up were Malcolm X and Muhammad Ali. As I studied Islam, I felt a connection—being Muslim helped me feel closer to the creator and to my own inner peace. When I started studying Islam more seriously, I would practice wrapping my hijab and showing my Somali friends who were Muslim. In response to all the hate and violence against Muslims, I wore my hijab in solidarity.

Honestly, I assumed there was no risk for me. My liberal white community was mostly peaceful (aside from several people asking whether the house I came out of was actually my house when I would pull the garbage can to the curb), so some folks may have considered it an empty gesture.

That day, though, I covered my head with a mauve satin-lined cap, then loosely wrapped a scarf around my head and neck. I took a picture to show my Somali sister. It was a hot day and the sun’s rays beamed brilliantly through the pinks, yellows, and blues of the fabric. I took a few selfies and smiled at my imperfect wrapping skills.

For a second, I hesitated. I thought about my Baptist family and what they would think if they saw these pictures on Facebook. I thought about my student who was recently attacked in a parking lot on her way home from school—a young white boy pulled off her hijab and stepped on it. I thought about a young Indian woman who was spit on because she “seemed Muslim.” But against the advice of loved ones who had been harassed, I wore my inefficiently tucked, flowery, flowing hijab to work.

Anti-Muslim sentiments have been cultivated over a long time. That’s nothing new. There are racist white men in the world. That story is almost as old as time. The pit in my stomach when I was accosted was because of something else. The scariest part of witnessing this display of hatred was that I actually recognized the man. I spoke to him nearly every week, but his anger didn’t let him realize who I was. It was the well-dressed man with the Tesla. Granted, we weren’t friends, but I thought he knew me at least enough not to curse me in the streets.

In that moment, we didn’t laugh about how as soon as you wash your car it becomes a bird poop magnet. We didn’t roll our eyes at people who walked and talked on their cell phones. In that moment, I was just some terrorist bitch.

Africa Jackson is a politics and culture writer from the Bible Belt. She is a staff writer for Taji Magazine and her work has been featured at AskMen.com, The Tempest, The Establishment and Black Girl Dangerous. Africa spends her free time whistling at construction workers and calling white people the “C” word (it’s okay, her best friend is white). Follow her on Twitter, Instagram and Facebook @AfricaJwrites.