Disneyland Resort Hikes Up Prices Ahead of Star Wars: Galaxy’s Edge Opening, and It Stinks

Seriously, this isn't a happy move from the happiest place on earth. 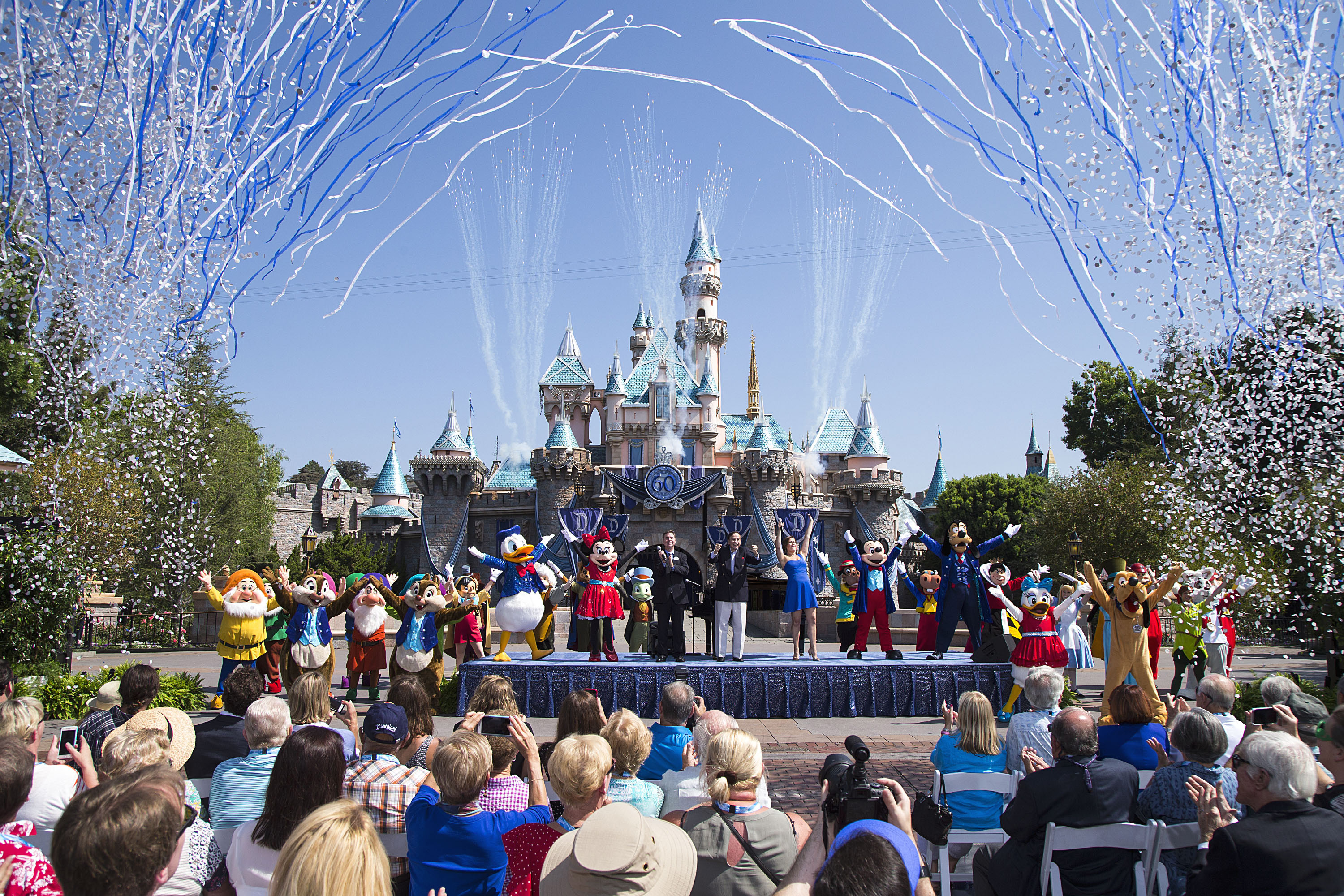 ANAHEIM, CA – JULY 17: In this handout photo provided by Disney parks, Mickey Mouse and his friends celebrate the 60th anniversary of Disneyland park during a ceremony at Sleeping Beauty Castle featuring Academy Award-winning composer, Richard Sherman and Broadway actress and singer Ashley Brown July 17, 2015 in Anaheim, California. Celebrating six decades of magic, the Disneyland Resort Diamond Celebration features three new nighttime spectaculars that immerse guests in the worlds of Disney stories like never before with “Paint the Night,” the first all-LED parade at the resort; “Disneyland Forever,” a reinvention of classic fireworks that adds projections to pyrotechnics to transform the park experience; and a moving new version of “World of Color” that celebrates Walt Disneys dream for Disneyland. (Photo by Paul Hiffmeyer/Disneyland Resort via Getty Images)

In order to prepare for the inevitable rush of guests attending the opening of the park’s Star Wars land, Galaxy’s Edge, Disneyland has announced a massive ticket price hike. All tickets are now over 100 dollars, with the lowest price being $104. Even the parking cost has increased by five dollars.

This is all in preparation for the coming storm of guests brought by the new attraction, but it’s also a highly unfair moment in the park’s history, as it’s now essentially open only for those who can afford to pay outlandish prices for a full family.

Disneyland park ticket prices have steadily climbed over the years, but this latest hike makes Disneyland incredibly inaccessible to lower-income families. Let’s say a parent wants to take their eight-year-old child to the park for two days. The combined ticket price for both will be $435 for a single park ticket for two days, or $545 for a park hopper ticket for two days. That doesn’t include food, accommodations, or any sort of treat purchased at the park, either.

And that’s only a two person family—imagine a family of four or more who want to come to the park. Even if you’re flying solo to the park, this is a lot of money.

If you’re well-off in SoCal and don’t need accommodation, or if you’re rich and can afford the travel costs and hotel costs, this might not be the end of the world, but a price hike like this does impact who is able to attend the park. We’re living in a time of incredible income inequality, and now is not the time to make the park completely out of the question to lower income families.

Disney used to be billed as the dream family vacation—the most magical place on Earth, as it were. I still remember, on my VHS copies of Disney’s animated classics, how they’d have ads for the parks. An ad for the millennium celebration at Disney World talked about staying in a hotel for as low as $74 per night. Checking the Disney Grand Californian Resort and Spa prices today, the rooms are nearly $500. That’s a fairly inaccessible dream for a lot of families.

If they were raising ticket prices to give their workers better wages, I might be more sympathetic. In 2018, it was reported that three-quarters of Disneyland employees couldn’t afford basic living expenses, but these price hikes haven’t been billed as a way to make sure every employee is paid a livable wage. Instead, it’s simply billed as preparation for the Galaxy’s Edge opening.

A natural way to keep crowds down is by making the park inaccessible to many people, after all. Who doesn’t love things being exclusive?

Essentially, this is a hike that is deeply unfair and shuts out a lot of people from ever getting to take their kids to Disneyland. Disney tries to make itself part of every kid’s youth with their films and television shows. And yet, many children will not be able to come to the park on that dream vacation because of these price hikes. It’s already expensive enough to get to Disneyland if you didn’t live close by, and now the cost of the park itself is too much.

This is unfair, and goes against Disney’s “we’re for everyone” message. Do better next time.