Out Of Work Disney Villains Submit Their Resumes 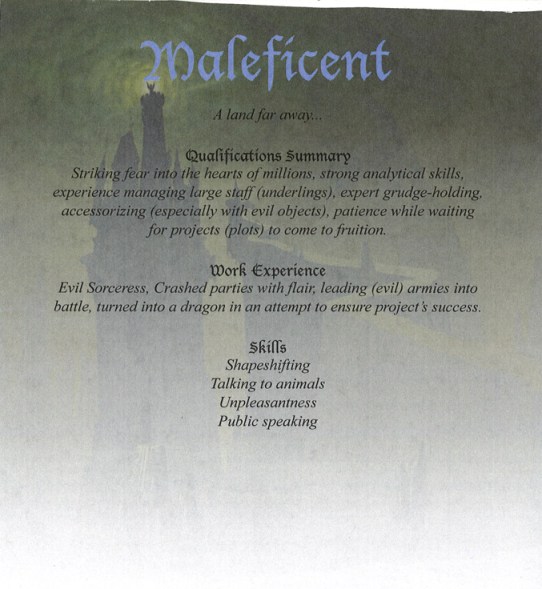 Look, being a villain is tough. You almost always wind up back at the drawing board (if not worse). So what’s a villain to do? Start sending out those resumes, of course! And thanks to Oh My Disney, we know the experience and particular skill sets of some of our favorite Disney villains. 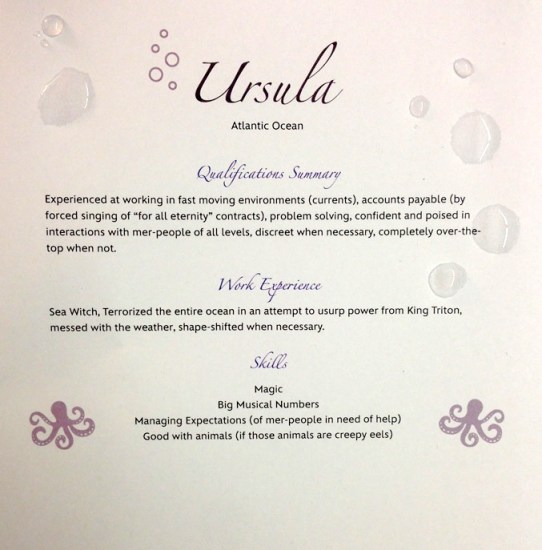 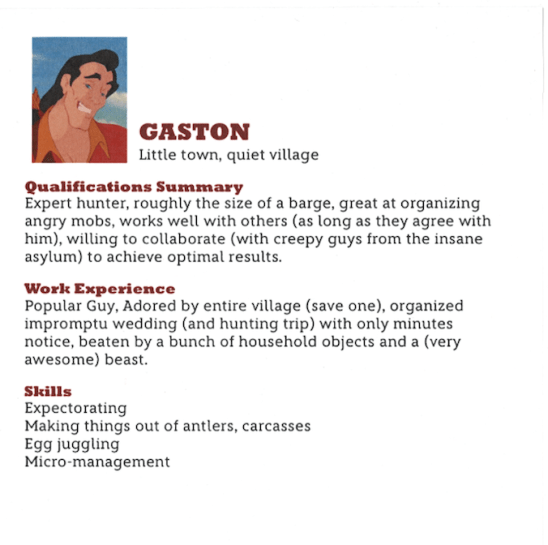 (via Oh My Disney)