The Dismissive Rhetoric Around Ethio­pian Airlines Crash | The Mary Sue 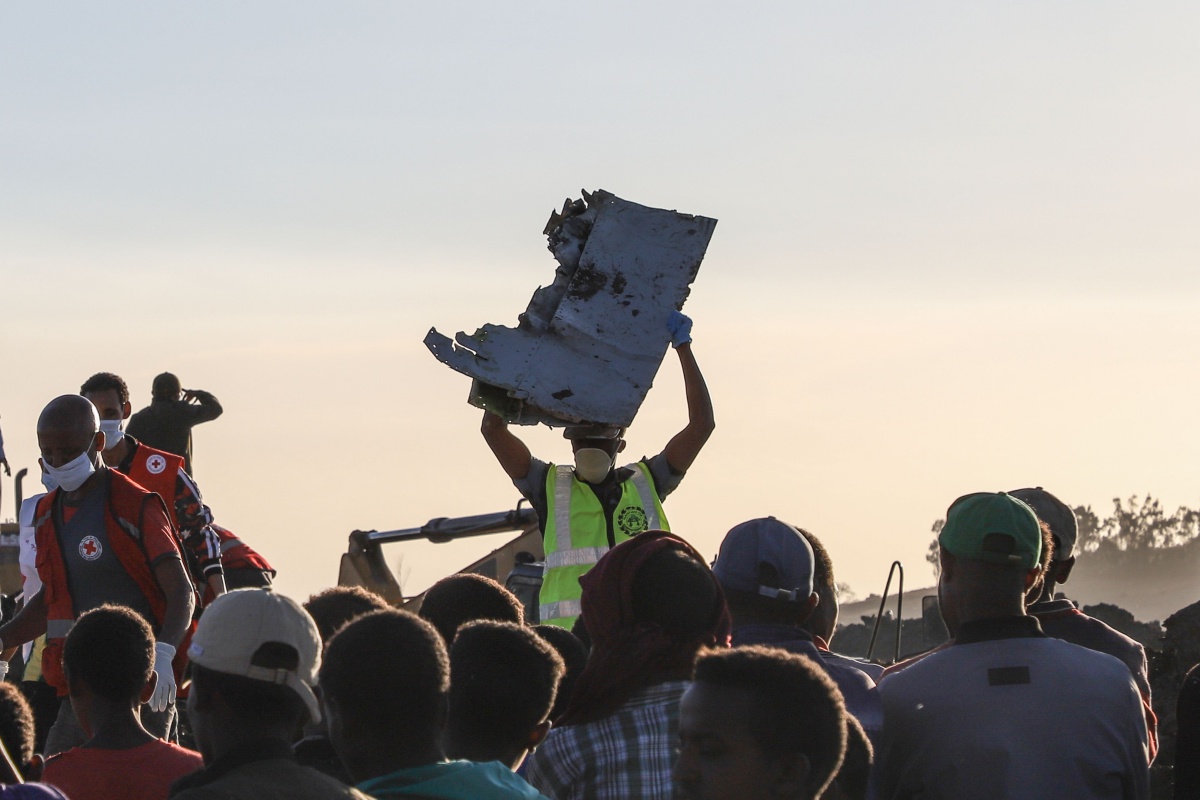 As someone who just flew into JFK on a Boeing 737 plane yesterday and will be flying out tomorrow, the rhetoric that has been coming from the U.S. Federal Aviation Administration in response to the Ethiopian plane crash has been dismissive and really reductive.

A new Ethio­pian airlines plane bound for Nairobi crashed March 10, killing all 157 people on board. In response to the crash, China, Ethi­o­pia, Austalia, and most recently, Britain have pulled the planes from their airspace. Meanwhile, the response from the FAA has been a reinforcement of the idea that, despite this being the second fatal plane crash of this model in six months (in October, Lion Air Flight 610 plunged into the Java Sea in Indonesia killing all 189 passengers and crew), it is not yet an issue.

The Washington Post reports that transportation Secretary Elaine Chao, the wife of Republican Senate Majority Leader Mitch McConnell, said in a conference call with reporters regarding President Trump’s budget, “The FAA continuously assesses and oversees the safety performance of U.S. commercial aircraft. If the FAA identifies an issue that affects safety, the department will take immediate and appropriate action.”

John Cox, a former pilot and an airline-safety consultant, said, “I don’t think that we have concrete data to justify it at this point” and that “grounding an airplane is a big step and so we want to take it very cautiously—only if there is justification for it,” according to the Post. 346 people have died—three hundred and forty-six, from something connected to an American-made plane.

The Post explains that the hesitation comes because they want to ensure that was “a clear mechanical issue” like with the grounding of the “Boeing 787 Dreamliners because of faulty lithium-ion batteries in 2013, but while that happens, there are also some subtextual implications that the fault lies in the pilots, especially because they are from non-Western countries.

“I think in this case, they’re really worried that there’s something wrong with the airplane,” said Scott Hamilton, according to the Post. “Training is better with U.S. pilots than some of the carriers that have already put the airplanes in service.”

All of this ignores that Ethio­pian Airlines’ last major crash was in 2010, and before it, a 1996 hijacking that killed more than 100, and according to The Washington Post‘s reporting, it’s well regarded in the aviation industry for its safety record: “The company subjects its pilots to rigorous training and serves as a training hub for Africa and surrounding countries in the Middle East, Asia and Europe, according to the airline.”

China will resume 737 Max flights after it has received sufficient safety guarantees from Boeing. With Britain now joining the pull, it’s my hope that Boeing and the FAA will do better and not wait for a crash in the States or Europe in order to take this more seriously and pull for a more thorough investigation. What I also hope happens is that people do not hear “Ethiopian Airlines” and dismiss the integrity and skill of the captain, the crew, and their ability to perform well.

Flying may be the safest way to travel, but due to the method of travel, when crashes do happen, the fatalities are high, and it should be more important to protect citizens than to worry about Boeing’s bottom line. Those concerned about their flights can check the info with Seat Guru.