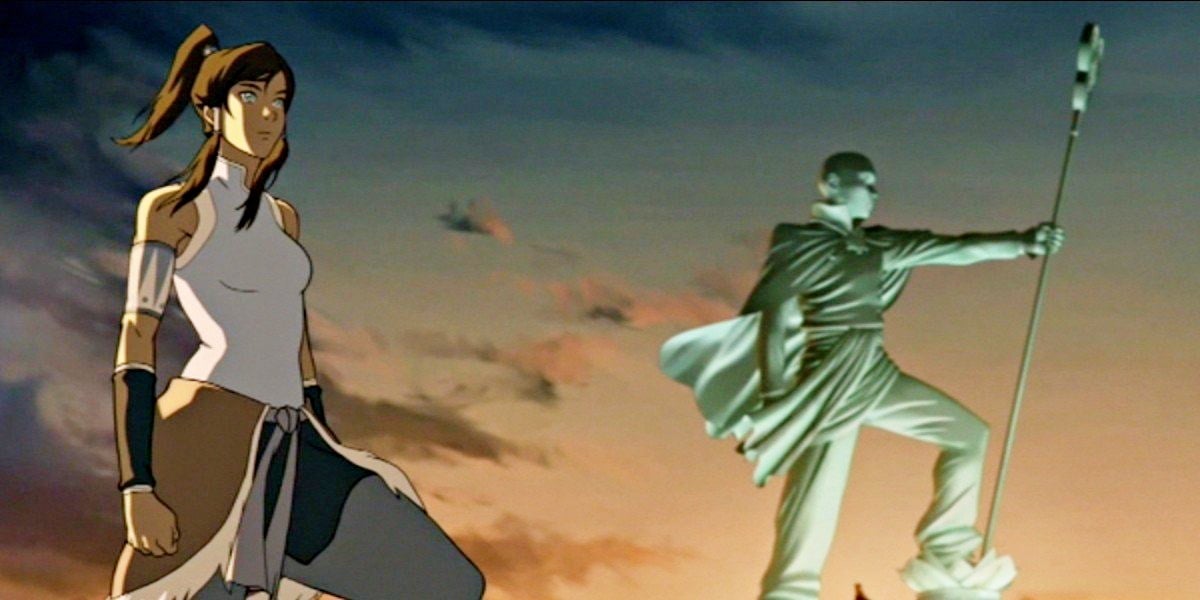 With Avatar: The Last Airbender currently streaming on Netflix, all the discourse and takes are flowing hot, and it makes me feel like I’m fourteen years old on Avatar message boards again. (I hate it.) One thing that’s being freshly debated is its spinoff series, The Legend of Korra, and its quality overall. As someone who sat through all four seasons of Korra, I can say that, for me, while it was groundbreaking in a lot of ways and I hold love for it in my heart, it was narratively and politically muddled.

To start off, a lot of the issues of Legend of Korra are present in Avatar: The Last Airbender, but just on a micro level. In the first series, the central conflict is defeating the evil totalitarian empire. The political realities of what that would look like or how the Fire Nation should give things up are undiscussed. When Avatar ended, I was a junior in high school and largely still politically uninformed, but Korra started when I was a junior in college. Politically, I was already being engaged because of the murder of Trayvon Martin that happened the same year as Korra’s emergence.

So when we enter the world of Korra, her villain, Amon, is someone who is attempting to fight the privileges and inequality between benders and non-benders. I understand that language, and I was uncomfortable with how the show constantly tried to frame the issue. Throughout the series, both in Avatar and Korra, we see how bending can give you advantages in a fight, and most of our leading players are benders. With Korra, we see certain jobs and sports can only be occupied by benders. Yet, Amon’s argument is constantly narratively undercut by his ominous presence, mask, and the reveal that he is also a bender.

HYPOCRISY!! We are supposed to shout, but that is the kind of logic of “You are against capitalism, but you buy things/work in a company. Interesting” memes on Twitter. When you depict the loss of a privilege as equivalent to a death scene, it shows that you don’t really understand what privileges are.

This is the root of my frustration with Korra, even when the series ends up getting better in Books 3 and 4. The show does the same thing the original did with Ozai, by putting the entire crux of the villainy on one central character. You can do that when you are fighting an evil empire, but political ideologies like communism, anarchy, nationalism, and colonization do not exist within one person. They are built around movements, large and small, with both the working-class and intellectuals. You don’t just end it or solve the problems by taking out one bad guy.

I don’t think The Legend of Korra is a bad show. I think that “Book 3: Change” and “Book 4: Balance” really put the focus on Korra’s evolution, and the pivot to Korrasami begins there. The time jumps and more contained emotional stories are a better fit for a show attempting to deal with “adult themes.” There is masterful animation, and I absolutely cried when airbending was brought back into the world and what that would have mean to Aang.

I’m glad we got to see Korra’s story. She was a frustrating protagonist, but I appreciated that we got that kind of narrative from an indigenous-coded female character. Plus, the bisexuality representation of Korra and Asami is something I’ll treasure forever. But most of the characters, even ones I liked in the moment, are not ones I still think about. Mako and Bolin were so painfully boring as characters that they barley make up the charisma of Momo, let alone Sokka.

Korra was, in many ways, a more ambitious show, which is why it is so much more divisive. It is disingenuous to say that we shouldn’t compare the two; they take place in the same universe, and many of Korra‘s big emotional moments come from the shared world they exist in, but are people sometimes too harsh on Korra? Sometimes. We still have internalized biases against non-white female characters who are loud and sometimes obnoxious.

The quality of the show is worth discussing and debating, but you know, we don’t have to be jerks about it.

I’d highly recommend Kay And Skittles’ four-part breakdown of the political failings of Korra, because they* eloquently and intelligently shows where those failings are.

Also, considering the Gaang all ended up being terrible adults, I’m good just leaving them to the comics.