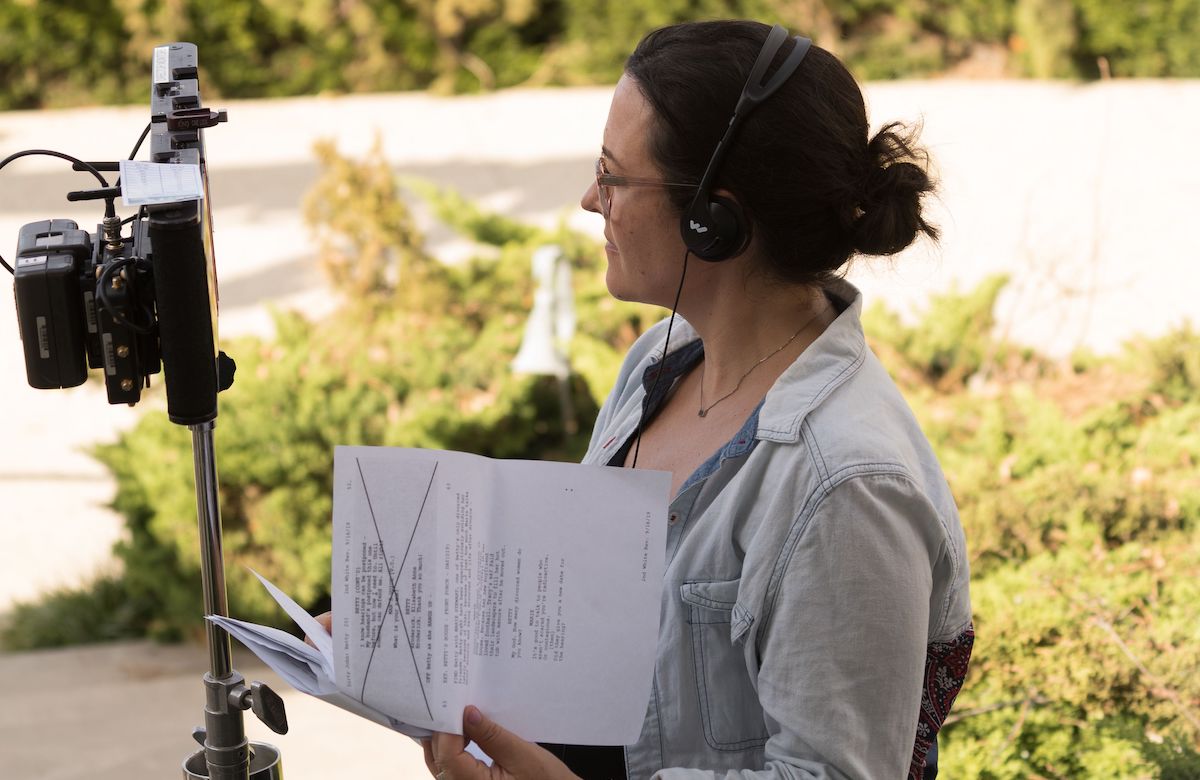 The first season of Dirty John told the story of a con artist who manipulated and terrorized women. In season two, the show moves from Bravo to USA for a completely new installment. This season focuses on Betty Broderick, who, in the 1980s, murdered her ex-husband and his young new wife after suffering through a years-long messy and gaslighting divorce process.

The season is excellent, although very different from the first, and the stand-out of the entire thing is definitely Amanda Peet’s performance as Betty. The season follows Betty and Dan (Christian Slater) through their entire relationship, starting in the 1960s, meaning we get to watch her transform from a young, charming wife to an obsessed, tortured, disgraced socialite.

In the second season, all eight episodes are directed by women. Four of those were helmed by co-executive producer Maggie Kiley (Katy Keene, Riverdale, The Chilling Adventures of Sabrina). I got to talk with Kiley about the new season, as well as her experience coming up through a number of Hollywood diversity programs. 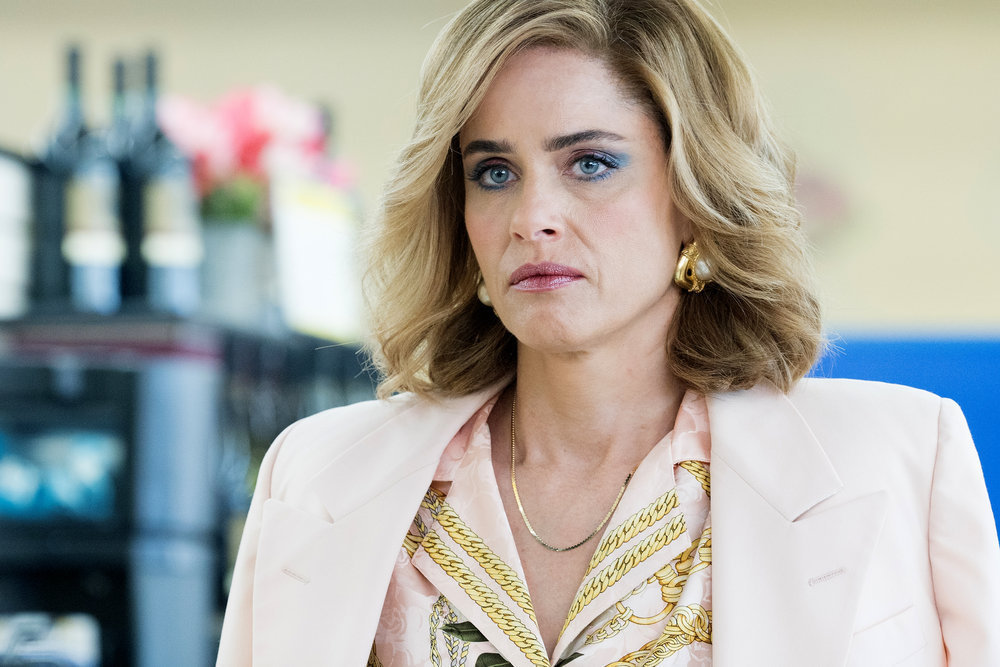 This interview has been edited for length and clarity.

TMS: I binged all of season two in one day and across the board, your four episodes that you directed were the most emotionally devastating, hands down. I was just destroyed all four hours. So my first question is: How dare you?

TMS: But really though, your episodes were so dark and I was wondering what appealed to you from those specific scripts and what you think you brought to them specifically.

MK: Alex Cunningham, the creator and executive producer, early on in my conversations with her, she talked so much about wanting to lean into the why of the story as opposed to the what and the how, which everyone else had focused on initially. And for me, especially, a female character that you can show sort of all the many colors and shades of the really messy moments I think is so important. Thinking about a female audience–a young female audience, an old female audience, being able to go on a journey that feels complicated and messy. I think there’s a version of the sort of messy female protagonist we’ve seen many times before and I think this one is really unique.

I especially loved the episode where a doctor is put on the stand [in Broderick’s trial] and he’s explaining gaslighting and just how damaging it is psychologically to be told again and again and again that you’re wrong when you feel in your bones that you’re right. That was something that struck such a chord with me. It was interesting to move into that visually and understanding how that witness was speaking and how to intercut that with Betty’s experience. That’s the episode when she really starts to unhinge.

TMS: I think that was my favorite episode. And it’s interesting because gaslighting is such an old term, but then it’s really come back into modern usage in recent years. So for it to be used during a period piece set in between those two times was an interesting choice.

MK: At the core of this story, too, is this idea that as soon as you call someone crazy and specifically a woman crazy, that you’re somehow off the hook. It’s like, well, she’s crazy, so I’m clearly not doing anything wrong, and that label is so triggering for a lot of people because it sort of discredits your emotional response to something. I mean, I agree she was behaving in a crazy way a lot of the time, but I hope that we did our job and helping the audience understand or at least start to really examine what pushes someone into those kinds of behaviors.

TMS: So this season of Dirty John is obviously its own separate standalone thing apart from season one and the two are so different, but there were also some major throughlines between both, like exploring the power of gaslighting in a relationship. So how does The Betty Broderick Story fit under the Dirty John umbrella?

MK: I think the way we talked about it early on, which I think still stands, is “love gone wrong.” I think both of those women set out with the best intentions of wanting a beautiful, happy love in their life. How it went south from there is radically different, but at the center of it, that to me seems like the deepest connection. I think this season is more complicated in terms of how you look at the rights and the wrongs along the way.

TMS: Do you think that this season has a Dirty John character?

MK: No I don’t. I mean, I think it changes. I had an episode that was very much in Dan’s perspective, it’s when he’s first starting to work with [his girlfriend] Linda [Legion’s Rachel Keller] and you can see sort of how they’re connecting and what they’re gaining from each other and the way she’s placing her attention on him. And it’s interesting because obviously working on earlier episodes, I had a very different understanding of that character, but just being in his shoes more, it helped me understand where he was coming from more. So I don’t think it’s as clear a delineation between who’s the wrong and who’s the right in this. Of course at the end of the day, there is a crime at the end of this story that is completely wrong and inexcusable. But it’s looking at how both parties made choices along the way that drove them to that ending. It’s complicated. I don’t think there’s a straight answer so much for me. 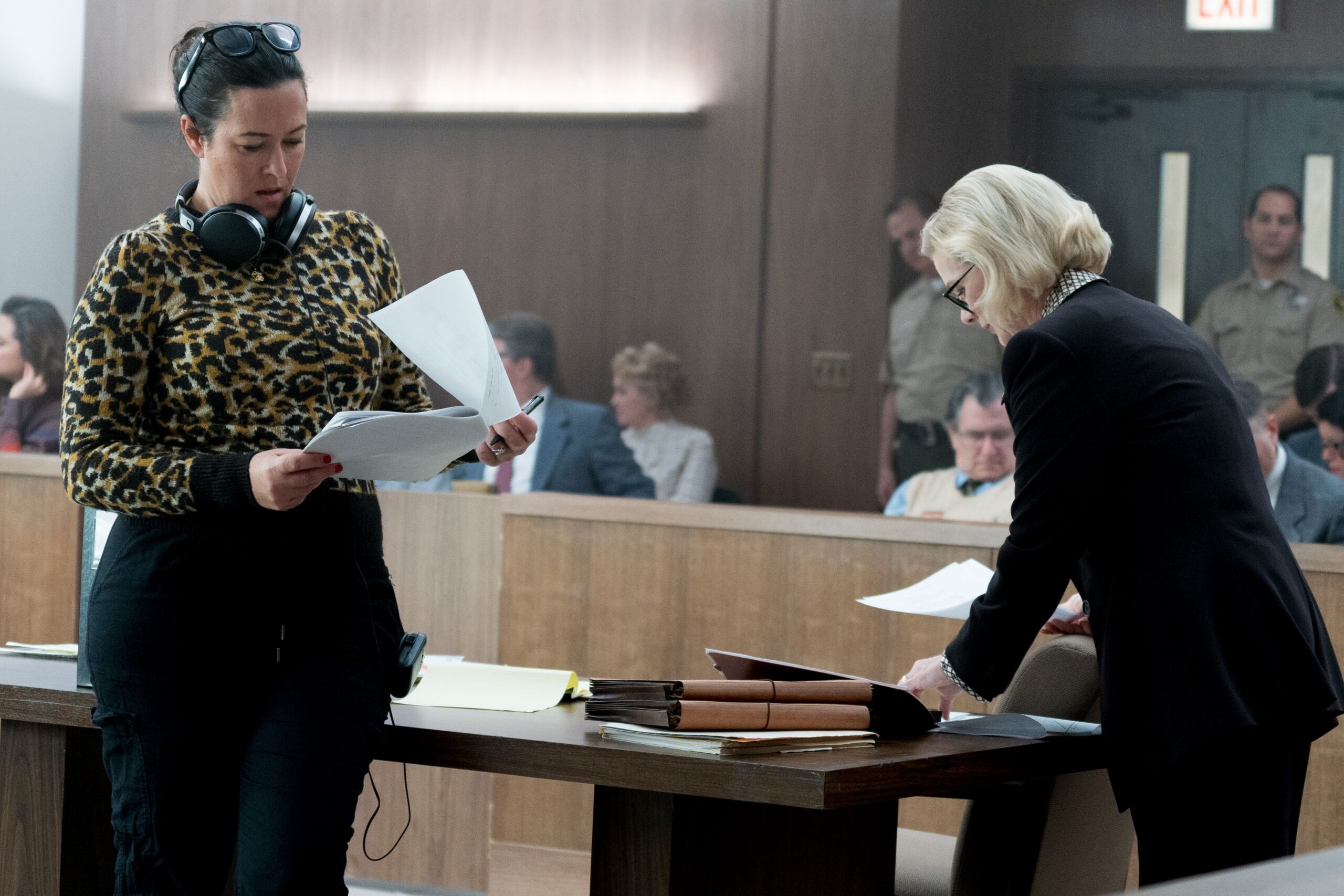 TMS: This season was directed entirely by women. How did that affect both the process of making the show and also the end product of the show itself?

MK: It’s such an interesting question. It comes to me quite a bit, where a project will be sent to me and they’ll say specifically that they’re looking for a female director and as much as I’m a champion for creating more diverse voices behind the camera–and obviously we need more women and people of color behind the camera–I think it’s a really tricky line when we start to say that certain stories are meant to be told by female filmmakers versus other stories that shouldn’t.

I will say that every director who directed this season has an incredible skill in that they work with actors incredibly well. And all of our directors, even Alex Cunningham, who, it was her first episode–everyone was willing to take these really big swings visually. Our story doesn’t use kind of traditional coverage. It’s a very complex visual style.

I do think a female perspective or an alt perspective on a story like this one is really important. I know I connected to the story in a really specific way and that I am a wife and mother myself, so I think the places in Betty’s story that I identified with and scenes I wanted to linger in longer or shots I felt were important or layers of a performance that I thought were necessary–that’s connecting to me because I’m coming at it from the perspective of a woman, I guess you can say that. So I think it matters. I also think we could have had an amazing male director in there who could have done that as well. But I think this group for this particular season, we were really just so lucky to have.

TMS: On that note, you went through a number of programs dedicated specifically to diversifying Hollywood and spotlighting women. And I think that most of us would really love it if a lot of programs like that didn’t have to exist–if we all just had equal access and equal footing–but they do. I’m wondering how your experience with that has been and how that shaped your path to where you are now.

MK: Yeah, I felt the same way. By the time I was accepted into Ryan Murphy’s Half Initiative, which was really the program that turned everything over for me, I had already been in, I think, three diversity programs. I gained so much from being in those programs. I still have friends and peers who I’ve come up with. I learned a lot from being in those programs. But it was certainly challenging to think, “Wow, I have to continually be in a program. When will the program become the career?”

I think it’s changed a lot in the last couple of years, and programs are much more actively transitioning directors into the workforce, whereas for a long time I think the programs just existed and there wasn’t a lot of step two after the program. But I will say, it really made the difference for me.

I think part of those programs is they’ll present you with an opportunity to enter the industry, potentially. It’s still on you to be prepared and ready and use your time in those programs to really learn what you need to learn and be ready. Because when you finally get the opportunity to direct your first episode, all eyes are on you and it’s massively important that you do your best work so that you can continue forward and also leave the door open for those who are coming behind you.

TMS: Do you have anything lined up after this? Where do you go from here?

MK: I was in production on a pilot when we shut down in March. And that’s again, a sort of dark [series], it’s The Brides for Roberto Aguirre-Sacasa who did Riverdale and Katy Keene. That’s for ABC and Warner Brothers, and we were in production in New York on that pilot. So we’re sort of partway done and it reimagines the brides of Dracula living in present-day New York. So it has some horror and some scope and it’s a really exciting project and I hope that I’ll be able to get back to it once it’s safe to do so.

TMS: That sounds amazing. Also, I just realized what a terrible question that was to ask right now when everything is shut down.

MK: Yeah, I mean I imagine that would be the thing I do next, but I’m certainly taking this time. I’m under an overall deal at Warner Brothers so it’s been really great to have the time away from set to be reading and developing and really thinking about what the stories are that I want to tell in the next couple of years. Because it’s changed a lot.