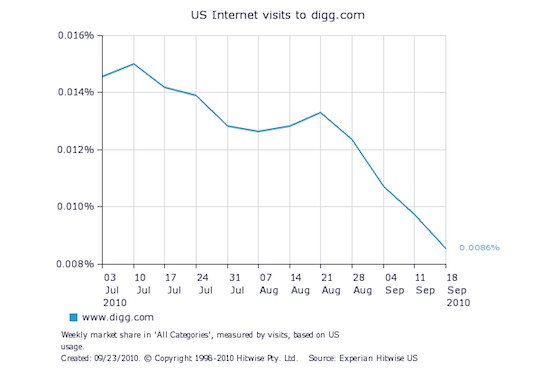 The infamous Digg redesign didn’t really go too well for Digg. It kind of incited an Internet rebellion. One may have suspected that the feelings of antipathy may have passed given time or that they were overblown by a small but vocal minority of dissatisfied power users, but a recent study from Hitwise Intelligence suggests otherwise: Since the Digg redesign went live in August, Digg’s US traffic has dropped 26%, while the UK traffic has dropped 34%. For an established site on the Web, much less one hoping to woo big advertisers, that kind of traffic decline in just one month is nothing short of alarming. 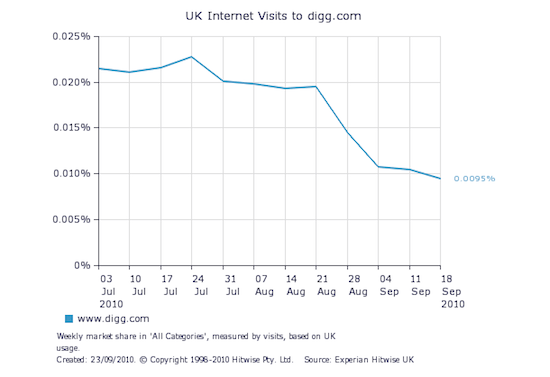 A common notion across the internet in regards to the Digg rebellion was that most of the users parting ways with Digg would turn to its competitor, reddit, for their social bookmarking needs, but the Hitwise study also shows that reddit’s traffic has only increased by 2.6%.