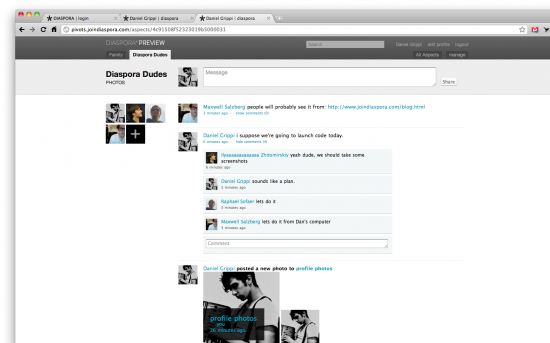 Back in May, you may recall that an open-source Facebook rival called Diaspora* burst into national prominence overnight thanks to a New York Times profile and strong anti-Facebook sentiment, raising more than $200,000 over Kickstarter when they had only been shooting for $10,000. (They or someone else also managed to sneak a dirty UNIX joke in the New York Times.) Last night, the Diaspora* team opened up its source code to developers and gave us our first glimpse at what Diaspora* will look like. First: Developers can download the source at Github, although the Diaspora* guys give no guarantees as of yet. “We know there are security holes and bugs, and your data is not yet fully exportable. If you do find something, be sure to log it in our bugtracker, and we would love screenshots and browser info,” they write. Be warned, code flamewarriors: It’s in Ruby. 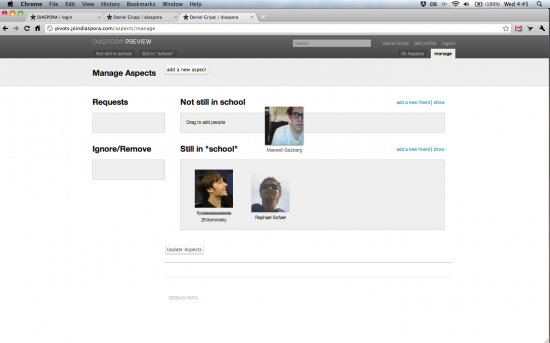 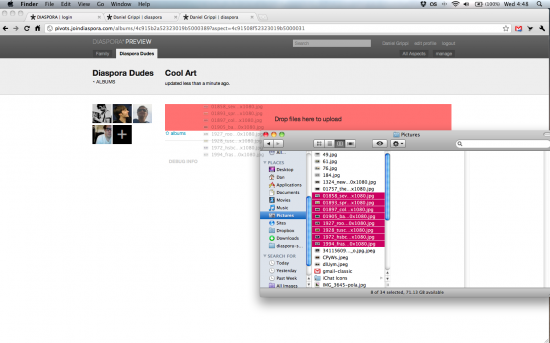 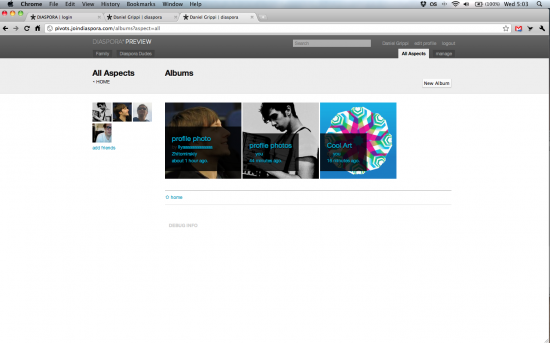 Diaspora* plans on launching its alpha in October, hopefully with Facebook integration, internalization, or code that can be localized to various languages and regions most easily and efficiently, minimizing engineering changes (definition via), and portability. Tall orders, but the tallest may be building up a userbase: Only a small percentage of the broader userbase of social networking sites has the knowhow and inclination to host their own data, and that percentage may be even smaller since the anti-Facebook uproar has died down.

While the Diaspora* team has had hopes of messiahdom thrusted on them by people dissatisfied with Facebook, it’s worth remembering that they’re a couple students who coded this over the summer: With that in mind, it seems like a cool project with room for improvement, and we’ll be following its progress with interest.

(Diaspora* via TechCrunch via Slashdot)