Andy’s Boyfriend in The Devil Wears Prada Is Still the Worst, No Matter What the Writer Says

He's kind of the worst. 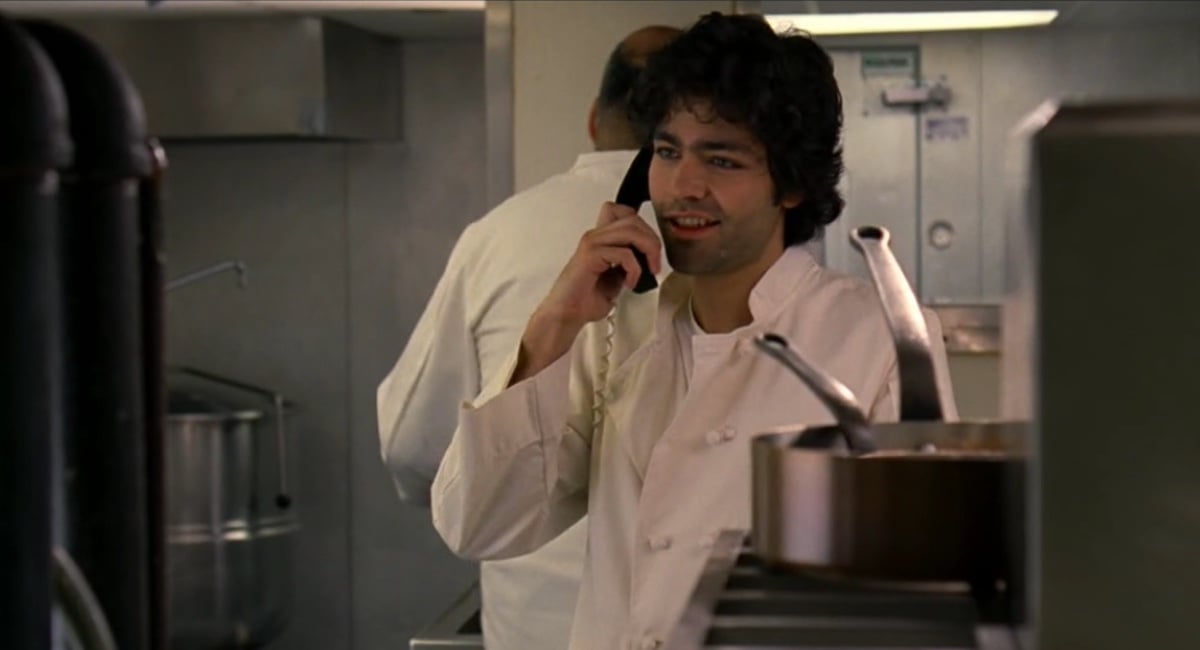 One of the most hotly debated parts of comedy classic The Devil Wears Prada is not whether Miranda Priestly is the devil (she is, but she has her reasons) or whether or not Emily Blunt deserved some awards love for her turn as Emily Charlton (she did). No, instead, it’s whether or not Andy’s boyfriend Nate and her best friends were the worst, or if they were in the right for calling Andy out on her changed behavior.

Many are Team “Nate Is the Worst.” He’s a chef with infinite free time and the ability to be mad when his girlfriend can’t attend his birthday party because her boss is making her attend an event. He and Andy’s friends make fun of her and steal her phone at one point. When Andy first gets the job, in all her “frumpy” glory, Nate asks if the only way she got a job at a fashion magazine was via phone interview.

They’re not the most supportive of Andy’s desire to survive one year at Runway. However, Nate has one big defender: the film’s screenwriter, Aline Brosh McKenna.

McKenna takes the side of Andy’s friends, citing Andy’s changes in behavior as a reason for why her friends called her out in an interview with Teen Vogue: “She’s the one who says she’s a serious journalist. She’s the one who tucks her serious articles into her folder. She’s the one who wants to write about the janitor strike. And she just shoves all of that out the window very easily.”

I hate to disagree with McKenna, since she was key to the success of Crazy Ex-Girlfriend, but there’s a difference between selling out and doing what you can to thrive in a job that’s bent on wearing you down. Andy wants to put in the effort to be taken seriously, and unfortunately, that involves changing how she looks. Andy is ambitious, and she wants the prize of being a serious journalist. She thinks that this is the way to do it, and in the process, gets taken in by the glamor.

But that doesn’t make her a hypocrite; it makes her ambitious, which can be a fault but can also be a gift. She doesn’t deserve her friends taking her gifts and then mocking her. Nate especially seems to mock her and not take her seriously, even though he’s in a cutthroat line of work, as well. Andy is in the wrong for flirting with and kissing another man while she’s dating Nate; she’s not necessarily in the wrong for doing what Miranda tells her to do when Miranda threatens to fire her if she doesn’t.

And of the ending, where Andy quits Runway and tries to make things work with Nate, McKenna says,

“She goes to apologize to him because he was right. She was selling herself out and going down the wrong path. And he’s just pointing that out. And her friends are just pointing that out. Her best friend who yells at her in the gallery is not wrong. She goes and sleeps with the sleazy guy who’s even sleazier than she knew. I think it’s really interesting… we prize success in a different way than we did even a dozen years ago.”

I don’t think it’s a question of prizing success. We can prize success, realize that Andy did get swept up in the life of Runway, and also call out Nate and her friends for being unsupportive. They could have been kinder in pointing out where they thought she was wrong, and not been as unsupportive of her. Andy did her best to be there for them, and they were never there for her.

McKenna isn’t wrong that Andy was going down the wrong path, but that doesn’t make Nate a good boyfriend. Andy deserved a more supportive boyfriend who didn’t make fun of her and her job, and if she’d had a good support system, she might not have felt like she needed to go down such a path. However, her job is important, and her ambition is important. Andy’s ambition is her best quality and her worst flaw, and it’s okay to admit that she was both right and wrong.

It’s also okay to recognize that Nate is, honestly, mostly the worst.