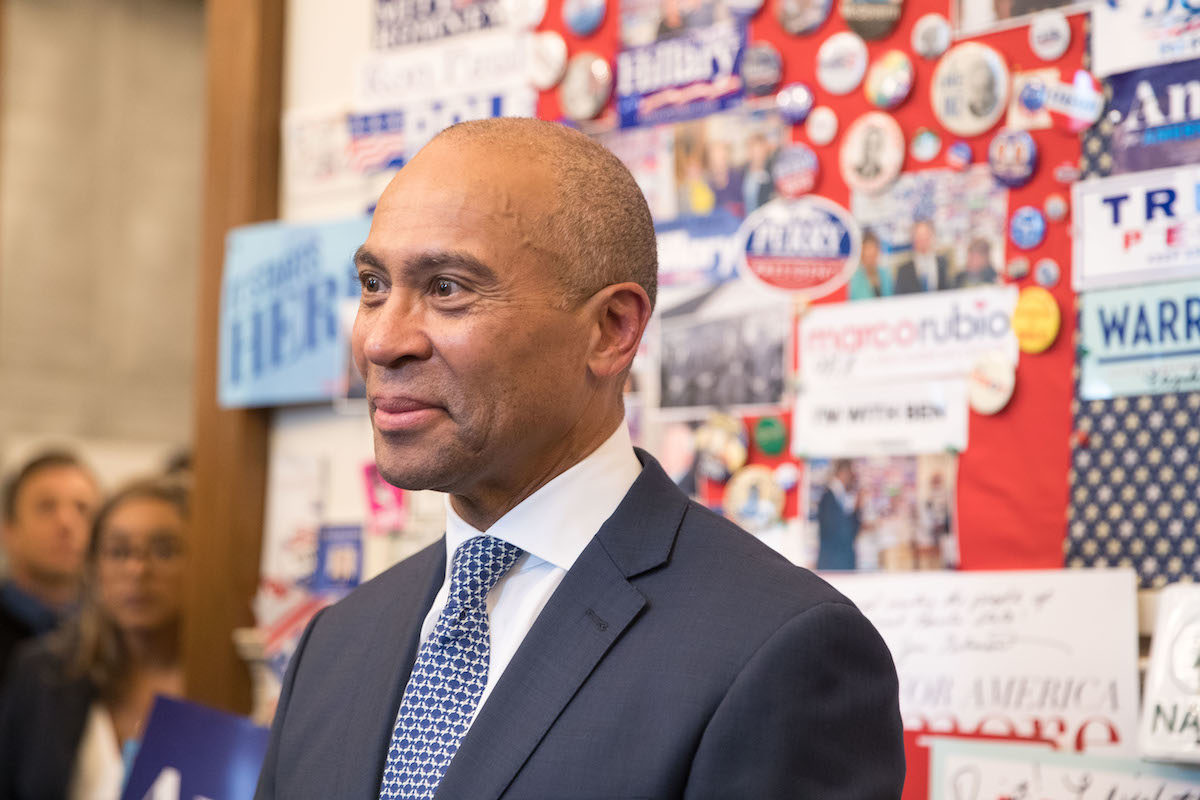 The Democratic field has narrowed ever so slightly since the first debate a million months ago. A few candidates have dropped out as debate qualifications tighten, including Beto O’Rourke, Kirsten Gillibrand, Jay Inslee, and some guys you definitely don’t even remember were ever running.

Unfortunately, a number of other presidential wannabes have taken that herd-thinning to mean there’s some sort of void to fill. There is not! There are still SEVENTEEN Democrats in this race. So who is Deval Patrick and why the hell did he just announce he’s entering the race as number 18?

Patrick is a former Massachusetts governor. Before that, he was the assistant attorney general for the civil rights division of the justice department under Bill Clinton. After he was governor, he served as a Managing Director for the private investment firm Bain Capital.

So why is he running for president? If you ask him, it’s because everyone else sucks.

We seem to migrating to having one camp, nostalgia: getting rid of the incumbent president and then doing what we used to do, and another camp: “It’s our big idea or no way.”

Neither of those seizes the moment to pull the nation together. pic.twitter.com/iZNTjYeifl

On the one side, he says, we have nostalgia (obviously meaning Biden) and the other side, we have Too Big Ideas (i.e. Warren and Sanders). So Patrick is running on a platform of being yet another Middle of the Road Candidate. How very exciting.

And he really is making his Don’t Make Waves policy plan clear. He’s against Medicare for All, but for a public option. He wants taxes on the wealthy to go up, but “not as a penalty,” whatever that means. In his announcement video, he says he wants a future “not built by somebody better than you, not built for you, but built with you.”

Michael Bloomberg has also been teetering on the verge of entering the Democratic race this week, and as the ninth richest person in the country, it’s not surprising that he doesn’t love those “big idea” candidates. Patrick may not have that level of wealth but his work for Bain Capital–which was founded in part by Mitt Romney and is famous for draining and killing smaller businesses because yes, the name is as evil as the Batman reference it inevitably brings to mind!–has gotten a lot of attention today and made his interest in this race pretty transparent.

Then, even richer billionaire Michael Bloomberg.

Today, it’s Deval Patrick, who has worked for:

bain capital is bad and gutted companies and left tons of workers without jobs and that’s why you shouldn’t vote for mitt romney folks anyway here’s deval patrick of bain capital it’s ok when he does it also he worked for oil companies that is good too now https://t.co/5k31ATwJEb

A candidate finally says what they’d do differently from Obama: Lose the 2012 election. https://t.co/IM0NvU0wsP

Deval Patrick resigned from Bain Capital as of yesterday. That’s sure to forestall any criticism, LOL

Bain Capital almost destroyed my dad’s former company, Dade Behring, while looting it to make Bain execs even richer. It was a shitty experience for our family and I will never forget it. https://t.co/k0Yakb4d7w

I feel like Deval Patrick could’ve been a contender if he’d spent his post-gubernatorial years actually laying the groundwork for a presidential run rather than cashing-in at Bain.

Let me tell you what we don’t need right now… another billionaire to enter the race for the presidency or another moderate coming out of Bain Capital. This is all a farce to split the votes even more to thwart @ewarren because the billionaires boy’s club is scared. #WokeAF