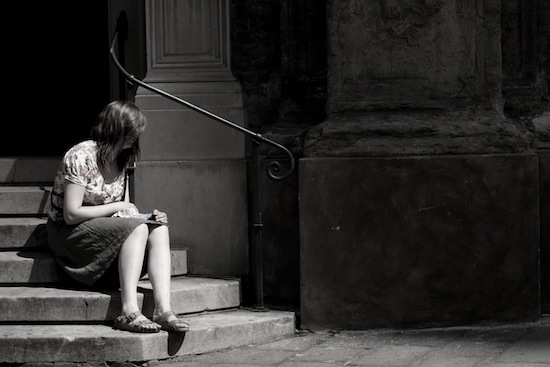 Depressed patients, regardless of whether they were on antidepressants, tended to have much lower retinal reactions to black-and-white contrast differences than healthy individuals, LiveScience reports.

In the study, 40 patients with major depression and 40 healthy volunteers were asked to view a series of five black-and-white checkerboards of varying contrasts. Meanwhile, German scientists measured the subjects’ pattern electroretinogram, somewhat akin to an electrocardiogram of the retina.

There was significant correlation between the level of contrast gain and symptom severity, meaning the most depressed patients gave the lowest retinal responses. Reportedly, the pattern was so consistent one could identify highly depressed patients from healthy individuals merely by referring to test results.

The editor of the journal Dr. John Krystal said, “These data highlight the profound ways that depression alters one’s experience of the world. The poet William Cowper said that ‘variety’s the very spice of life,’ yet when people are depressed, they are less able to perceive contrasts in the visual world. This loss would seem to make the world a less pleasurable place.”

Dr. Ludger Tebartz van Elst, head of the University of Freiburg research team, said that despite the strong results, the study would have to be replicated further before making any conclusive statements.