Torrent Site Demonoid Still Down After Massive DDoS Attack One Week Ago, Down For Good? 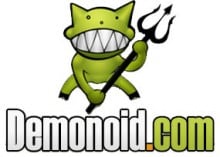 As some of you are aware, The Pirate Bay and EZTV aren’t the only torrent sites in town. An extremely popular alternative to those two is Demonoid. The site doesn’t get nearly as much press as other torrent sites like The Pirate Bay, but that’s partly because Demonoid is a closed, private community that usually requires current members to create and send invites to potential new users. Unlike The Pirate Bay, Demonoid also loosely institutes a seeding policy where users are expected to keep a 1:1 seed-to-leech data ratio if they want to keep their account. Around one week ago, Demonoid was hit by a massive DDoS attack that was so large that the site is still down one week later, and the future of the site is looking a bit grim.

Though not as widespread and casual as The Pirate Bay, Demonoid is right up there in popularity with knowledgeable torrenters. The closed aspect of the community keeps it more organized than other torrenting communities, as well as fosters an actual sense of community where users begin knowing and trusting one another from the torrents they provide. Demonoid has been around seemingly forever now, and has experienced some outages in the past — either from site errors, server migrations, or changing top-level domains — but this week-long outage as the result of a DDoS attack is a little worrisome.

When the site was first hit by the attack, visitors were greeting with a “server busy” message, but sometime after that the server was turned off, leaving users with a 404 error. Demonoid first began experiencing issues on July 25, and oddly, a fake Facebook page popped up, providing status updates for the site. Up until two days ago, visiting Demonoid would result in a “server busy” message, but now visiting Demonoid results in a 404 error message, indicating that the site has been taken down for one reason or another.

ZDNet reported that, for a while, a visit to Demonoid would redirect to one of those URL squatter pages, some of which contained ad or malware. However, visiting any one of its various top-level domains this morning — .com, .me, or .ph — simply resulted in a 404 error once again. A whois lookup performed at the time of this writing shows that something was updated a few days ago — almost a week after the site was hit with the DDoS attack. However, the expiration date on the domain is still slated for two years from now.

Any attempt made to contact the site’s administrator has been met with silence until recently, when TorrentFreak was told that the redirects were put in place in an effort to curb bandwidth bills caused by the DDoS attack.

It is worrying that, over the past year, we’ve had some real action taken against file-sharing sites, from the MegaUpload fiasco, to BTJunkie voluntarily shutting itself down to avoid any prospect of legal issues. Demonoid has gone through some long outages before, like when it changes top-level domains or migrates servers, but the reporting surrounding this outage seems grim, whereas it hasn’t been this negative in the past. The only thing we can do for now is wait for word from the Demonoid camp, or continually visit the site and hope that it magically starts loading once again.