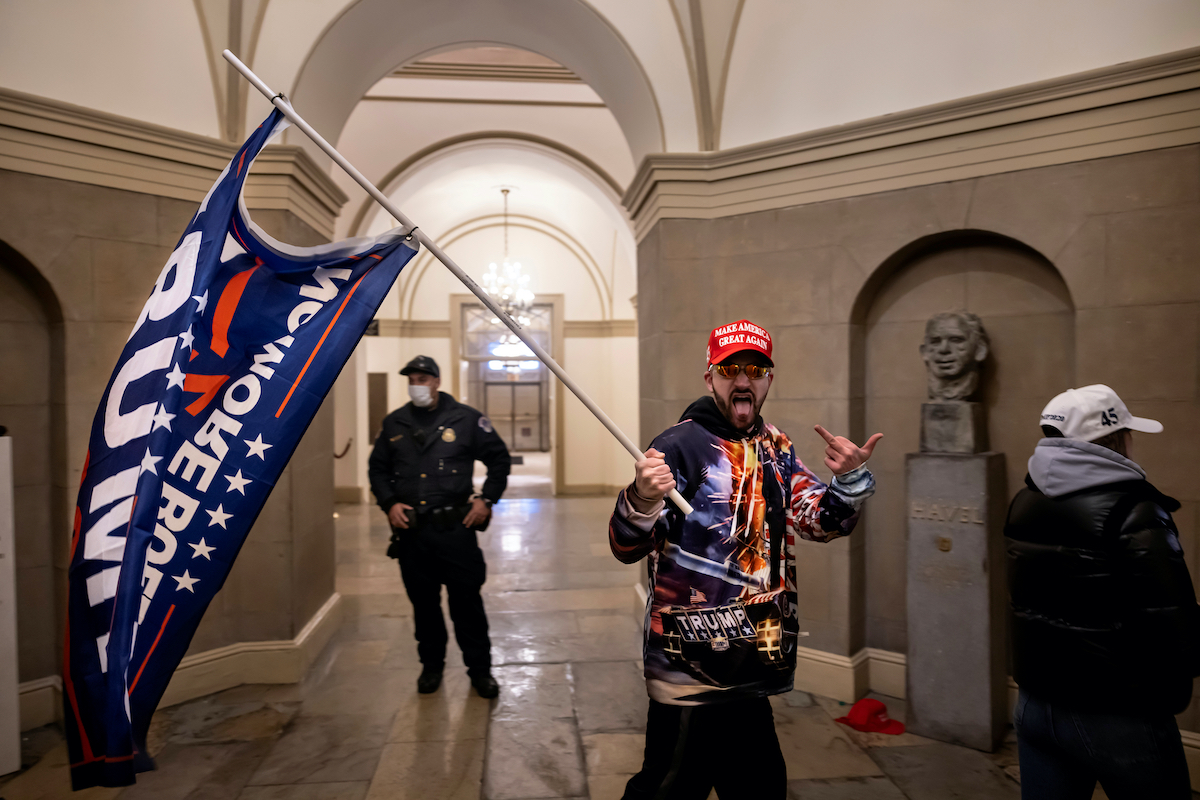 After voting to acquit Donald Trump in his second impeachment trial, the first thing Senate Minority Leader Mitch McConnell did was to take to the floor to say that Trump was definitely guilty of the things he’d been accused of. McConnell called Trump’s actions ahead of the January 6 insurrection “a disgraceful dereliction of duty.” He straight-up said “There is no question that President Trump is practically and morally responsible for provoking the events of that day.”

Again, this is the man who led the charge not to convict.

His argument was not that Trump wasn’t guilty. It was just that he didn’t want to see Trump prosecuted in the Senate. He maintained that Trump’s trial should happen in civil and criminal court. That argument was a flimsy deflection of responsibility but the good news is, those personal lawsuits are already beginning.

Mississippi Democratic Rep. Bennie Thompson has filed the first civil lawsuit against Trump regarding his incitement of the Capitol riot that put Thomspon, along with so many of his colleagues and their families, in very serious danger. The suit doesn’t focus on the physical danger of the riot, though. Instead, it hinges on a post-Civil War provision known as the “Ku Klux Klan Act” that prohibits people and groups from conspiring to keep members of Congress from discharging their official duties.

The lawsuit, which is backed by the NAACP, lists Trump, Rudy Giuliani, and white supremacist groups The Proud Boys and the Oath Keepers as defendants and accuses them of working together on and ahead of January 6th to keep Congress from counting the electoral votes on that day.

“The carefully orchestrated series of events that unfolded at the Save America rally and the storming of the Capitol was no accident or coincidence,” reads the lawsuit. “It was the intended and foreseeable culmination of a carefully coordinated campaign to interfere with the legal process required to confirm the tally of votes cast in the Electoral College.”

In addition to Rep. Thompson’s lawsuit, criminal prosecutors in Georgia are investigating Trump’s efforts to overturn election results in the state. Nancy Pelosi is also launching a “9/11-type commission” into the events of January 6.

Even though the impeachment trial is over, these lawsuits could have some major political effects. As CNN writes, if they proceed, “it would mean the former President and others would be subject to discovery and depositions, potentially exposing details and evidence that weren’t released during the Senate impeachment trial.”

If that evidence is damning enough, it (potentially, hopefully) could help flip some seats aways from lawmakers who chose to aggressively ignore it during impeachment.