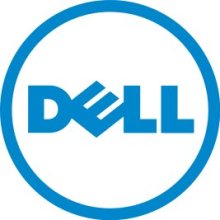 Way up there with shouting “fire!” in a theater is what two Dell marketing employees decided to do: take an office hostage to promote the release of a new product. From a local report:

A person dressed as a biker in all black with a black mask was on the sales floor of Building 1carrying two metallic objects and telling people to “go to the lobby,” according to Round Rock Police.

Of course, the two forward-thinking marketing geniuses behind the stunt didn’t tell anyone about their plan. Someone, rightly panicked, called the cops and one thing lead to another. The two men behind the stunt were arrested, and, thankfully, none of the 400 employees were hurt in th confusion.

But what caused this blunder? A revolutionary innovation that demands the attention of America?

The spokesman would not say what the new product was but a source inside dell says it was for the new Dell Streak tablet which can interface with Harley-Davidson Motorcycles.

Police say it’s a miracle none of the 400 people in the building were hurt.

All that for a weird, fringe tie-in? That’s like sinking the Lucitania to demonstrate the water resistant staining on the shuffleboard court. Smarten up, marketers.

(KXAN via MSNBC via TechDirt)